UNCTAD, a global rating firm has firmly predicted that the global rebound is certain, and finally, many countries around the world are recuperating and have shown signs of growth and registered lesser infections. But the agency has warned that the rebound will be highly uneven and volatile depending on the pace of vaccination and control of the pandemic. The global economy will show uneven growth not only country wise but also on the basis of sector, income, and region.

According to the reports, UNCTAD effectively believes that during the financial year 2022, it expects the global economy to grow by 3.6 per cent. Subsequently, this will lead the world income levels to trail off by 3.7 percent which will be effectively below the pre-pandemic level. 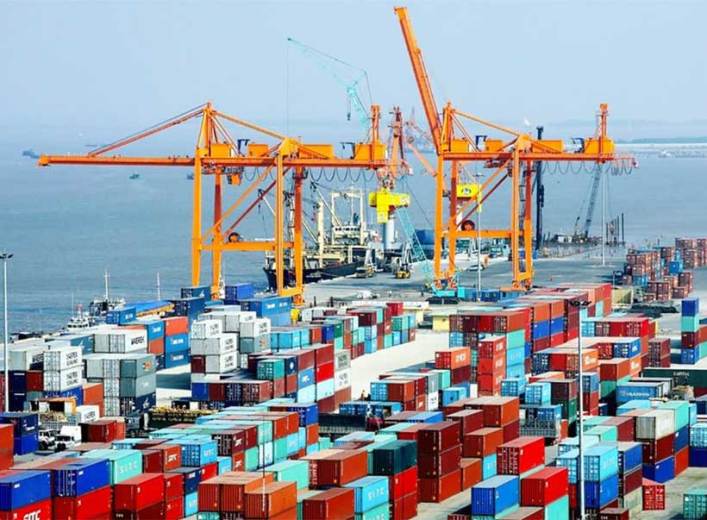 Certain warnings about future global economic growth have also been provided. It is to be noted that if policymakers are not cautious about regulations and vaccination pace, the global growth deceleration could be much bigger than expected.

Threats to the developing economies

It is no news that the countries in the South have been effectively hit harder by the global financial crisis. This is true due to low healthcare structure and lower public spending to revamp the economy due to the low funds’ collection due to the pandemic. In fact, the developing countries are under a heavy debt burden, thus they also don’t have much room for maneuvering their way out through robust public spending. 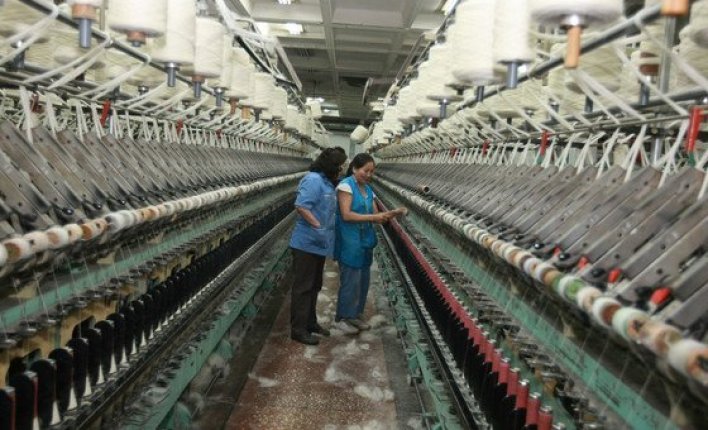 This inequality emphatically shows that rich have it all. But it is to be also noted that treat to one country around the world is a threat to all. Without any strict and engaging bolder policies that reflect reinvigorated multilateralism, battling with the common economy would be arduous.

The lessons that the pandemic has taught

UNCTAD has reported several solutions based on the problems that are being currently faced. According to the UNCTAD, concerted debt relief should be provided to the debt-laden economies with a few exceptions of even cancellation of debts. This will give a breather to the economies that are reeling under the effects of the economy. Coupled with it a reassessment of fiscal policy will be preferred with greater policy coordination. This would effectively mean that the developed economies can effectively support the developing countries in vaccine deployment and campaigns. 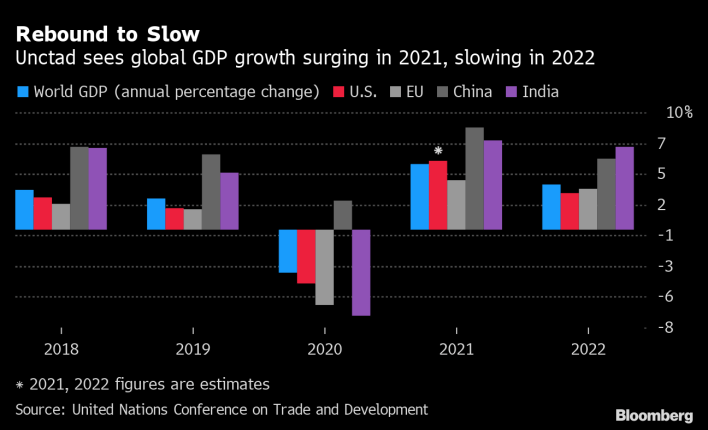 According to the latest trends, according to the report, even if the global economy does not show any significant setbacks, global output will only be able to resume its 2016-19 trend by the financial year 2030. This is majorly due to the fact that even before the pandemic had struck, the income growth trend around the world was quite unsatisfactory.

It is no news that despite a decade of robust monetary spending and injections from leading central banks around the globe, since the 2008 financial crash, inflation targets have been recklessly missed. According to the UNCTAD report, after ages of declining wage share around the world, real wages need to be ramped up in comparison to productivity so that a better balance can be drawn between wages and profits.

Despite current rather dormant trends on inflation around the world, UNCTAD strongly believes that the rise in food prices can seriously pose a serious threat to various vulnerable populations in the developing continents lie Asia, Africa et. This is mainly due to the fact that such continents have been battered enough due to their weak healthcare infrastructure. With the financial standing of many already crippled due to vast healthcare expenditure, burgeoning food prices can be the last nail in the coffin.

With growing inequality around the globe, the pandemic has suitably provided a chance to rethink the core principles of economic governance so as deal with the future global crisis.

With the US effectively dealing with the crisis at home with immense spending financed by progressive taxes, it is about time that it can be adopted at an international level. Multilateralism can be adopted with the United States support of a new special drawing rights (SDR) allocation. This can also be adopted through global minimum corporate taxation and an effective and emphatic waiver of vaccine-related intellectual property rights.

This can certainly lead to the unburdening of the world economy, especially for the underdeveloped countries that are reeling under the effects of the pandemic. UNCTAD also suggests that multilateralism can be achieved even though much stronger backing from other advanced economies.

See also  Lockdown has ended, but virus still there; All must be cautious during festivities: Prime Minister Modi