This is done with the motive to have more yield and thus more profitability. There are various types of agriculture technology available which are making sure that the life of people involved becomes easy.

These products and services have found daily use in the traditional agriculture industry thus, ensuring tasks to be done in a small amount of time and earning huge revenues.

We all are aware that the world’s population is growing at a very fast rate and is expected to reach 9.7 billion by the end of the year 2050. We all also know the speed and the rate at which our resources are depleting. So what is the solution? Who will help feed the world? Serving the needs of 9.7 billion people will be possible only and only we use the help of technology in the agricultural sector.

Currently, the agritech industry of India is at a slow pace, and the penetration is only 1%. It has the potential and the capability to reach USD 24 billion in revenue by the end of the year 2025.
Currently, talking about the Indian market, the agritech industry has more than 450 startups. Between January and August of the year 2021, it has raised revenue of USD 426 million, which is a 3x rise over the same period last year.

Some of the agritech startups working to change the picture of the Indian agriculture industry are- Ninjacart, AgroStar, Nurture. Farm, WayCool, and many more.

Recently if we talk about the Indian market, the agritech industry has more than 450 startups. Between the months of January and August of the year 2021, it has raised revenue of USD 426 million, which is actually a 3x rise over the same period last year. Some of the agritech startups working to change the picture of the Indian agriculture industry are-
Ninjacart, AgroStar, Nurture.farm, WayCool, and many more.

Discussing funding, as the name says, funding is the process of putting in cash in the business or a startup. We all know that cash is the main driving force of a business. It is through cash that a business can conduct its business and activities.

Funding helps the business make plans about its expansion, crossing the national borders, introducing a new line of products and services, hiring new personnel, and whatnot. Investors keep looking at the startups and invest in a one when they find potential and future in it.

Announcement of the funding of an agritech startup

The agritech startup, Unnati, has raised a funding of INR 60 crore, as announced on November 10, 2021. This round of funding was the Series A round of funding and was led by Incofin Investment Management, NabVentures, and Orios. 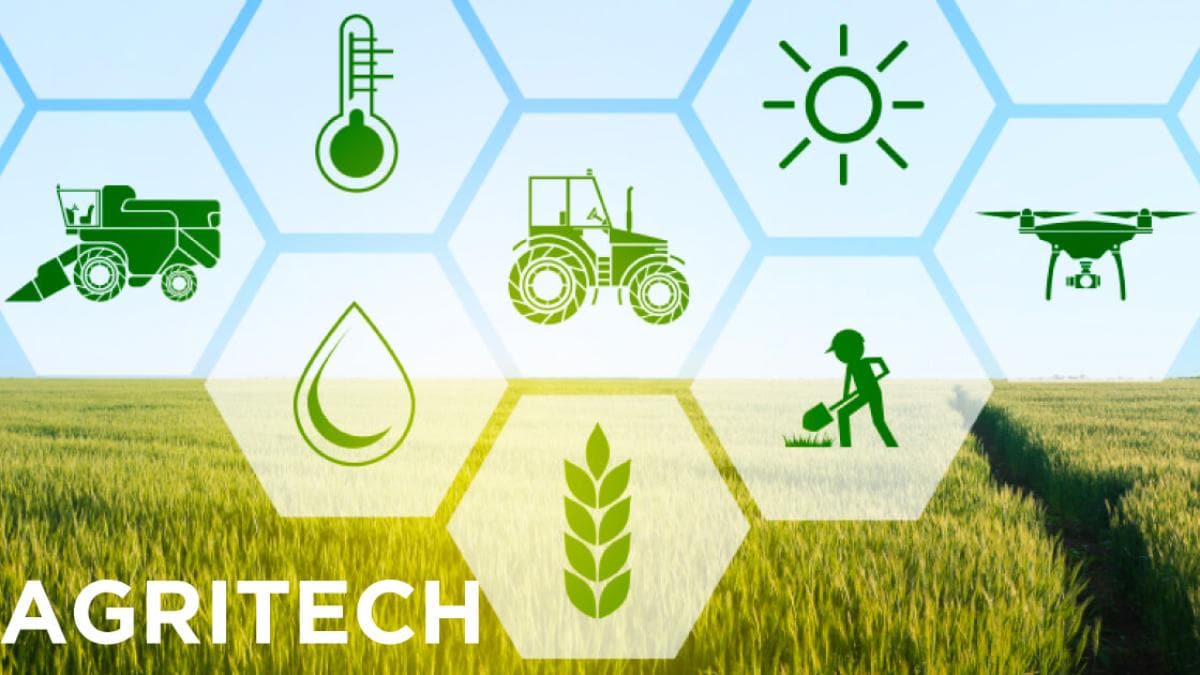 About the newly funded agritech startup

Founded by Amit Sinha and Ashok Prasad, Unnati is a fintech-based agriculture platform that has the aims to minimize the risks in farming and ensure much-needed transparency, in the farming business.

The founders of the startup could clearly see the challenges faced by the farmers because of the lack of predictability in farming and lack of consistent access to production inputs and knowledge. They realized that digital technologies could play an important role here and provide instant solutions.

The Noida-based startup has the vision to empower farmers with digital technologies which bring efficiencies to their farm business. It is on the mission to create 5 million farm entrepreneurs by empowering small and medium landholding farmers through digital means.

It aims to get farmers onto a single platform that nurtures farm entrepreneurship to become their driving force and this has led to the creation of a holistic ecosystem for the farm entrepreneur. From Unnati banking services to crop-specific advisory, the brand reaches out to the farmers at every step of the farming lifecycle and works with them to create a sustainable future.

The farmers who are registered on the platform of the startup have the opportunity to do the buying and selling here only. They can purchase seeds, pesticides, fertilizers, and other products from branded suppliers and sellers who are listed on the application of the startup. The farmers even have the option to sell their produce directly to the food processors and the businesses that are connected with the platform.

The startup even has claimed that it has grown 15 times in the last 12 months and has served around 3 lakh farmers through the network of more than 20,000 uStore networks. The startup has even started the “buy now pay later” scheme for the farmers.

About the founders of the agritech startup

The startup, Unnati, was founded by Ashok Prasad and Amit Sinha.

Ashok Prasad is the CEO and the co-founder of the startup, Unnati. He has an MS degree in software systems from BITS Pilani and an Executive MBA from IIFT, Delhi. He is a strong proponent of disruption in agriculture through intelligent usage and penetration of digital technologies and tools.

He has an experience of more than 25 years in telecom, agri-domains, and IT. He has professional experience with Nokia Network, One97 Communication, and Tata Teleservices. He is comfortable driving strategy and executive with equal passion and has kept a strong focus on innovation and financials, to enable the firm to see year-on-year growth.

Amit Sinha, a native of a small town in Jharkhand, is a Btech graduate in Mining Engineering from IIT Dhanbad and a PGDM from IIM Calcutta. He has more than 18 years of experience across tech and digital businesses at Paytm Mall, Gamepind, Paytm Payments Bank, PricewaterhouseCoopers, Keane Consulting, Airtel, and Infosys. He is a mentor to several entrepreneurs and startups, a relationship which he cherishes as a coach and a mentor. Rahul Rai, who is the Partner at Incofin India, made a statement saying that he and the organization are happy to be in partnership with Unnati Agri as they are engaged in expanion of a tightly knit strategy of an integrated rural ecosystem of knowledge-based farm input advisory, financial inclusion, and supply chain integration with the help and usage of technology.

The startup is offering something different and we wish the startup a bit of good luck and a bright and successful future ahead.

One97 Communications and the Paytm IPO: Everything You Need to Know

Xiaomi soundbar: Xiaomi has announced the release of its 3.1ch soundbar with many more exciting updates.