In the COVID-19 pandemic, smartwatches, fitness bands, and other health-focused wearables have gained popularity as go-to fitness accessories. Many smartwatches and fitness bands now have sensors that monitor your heart rate, blood oxygen levels, and other vitals, making them a must-have. The Zebronics Zeb-Fit7220CH smartwatch is the most recent model to hit the market.

The Zebronics Zeb-Fit7220CH will be available for purchase on Amazon India starting on September 20, 2021, for Rs. 3,999 for the metal strap and Rs. 3,499 for the silicon strap. This was starting amount  for three days, after which the

price is expected to skyrocket. Here’s a review to help you decide. 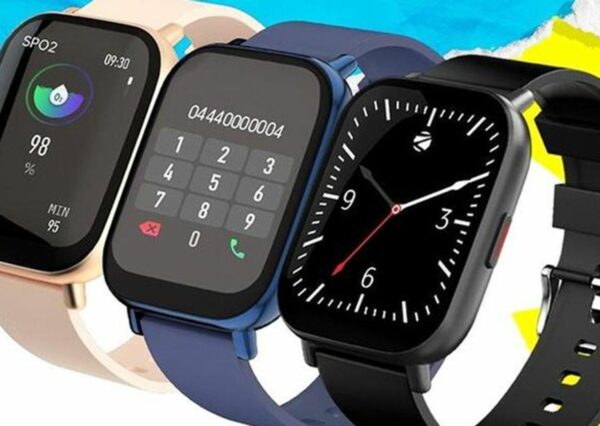 Design of the Zebronics Zeb-Fit7220CH

The Zebronics Zeb-Fit7220CH fitness band has a touchscreen display and a square dial. The fitness band, which weighs 50 grammes and has a glass display, frame, and sturdy plastic at the back, is detailed in design. It’s a little lighter than the company’s earlier smartwatch, the Zeb-Fit420CH. It has silicone straps that may be swapped out for different colours. The exercise band is amazing to use for long periods and does not leave marks on the skin. Despite its thicker and bulkier appearance, you won’t even notice you’re wearing a fitness band.

The review unit came with a black strap, but there are other alternatives also which contribute to the smartwatch’s quality feel and feel like an Apple Watch.

The smartwatch is controlled by a single long rectangular button on the right side of the dial. The Zebronics Zeb-Fit7220CH provides a 1.75cm round TFT touch colour display. You can use the show to access all of the fitness band’s capabilities, including changing the watch face and checking your heart rate. It further lets you check WhatsApp and other third-party apps that you have permission to use. The disadvantage is that you are unable to respond to communications. The negative is that even when the brightness is set to 100%, the display is not viewable when used in direct sunlight. 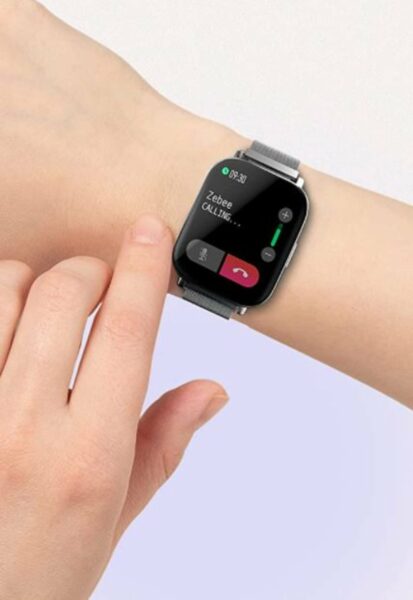 Zebronics, like any other fitness band on the market, allows you to customise the Zeb-Fit7220CH. You may pick from over 100 different watch faces. Aside from that, you can see information like steps taken, heart rate, blood pressure, and blood oxygen levels, among other things. Another essential feature is the Zebronics Zeb-IP67 Fit7220CH’s water-resistant designation, which allows you to wear it anywhere. It also allows you to monitor seven other activities, such as badminton, walking, yoga, and more.

There are other features like music playback control, remote camera shutter, QR code scanner, and so on, as well as choices to check the weather or set the alarm directly on your wrist. One unique feature is making and receiving calls and dialling any number now from the wristwatch. These are achievable because of the Zeb-built-in Fit4720CH’s speaker and microphone.

The Zebronics Zeb-Fit7220CH works with the ZEB-FIT 20 Series app, available for Android and iOS. The software makes it easier to keep track of the fitness band and the information it collects. The software allows you to customise your fitness band. 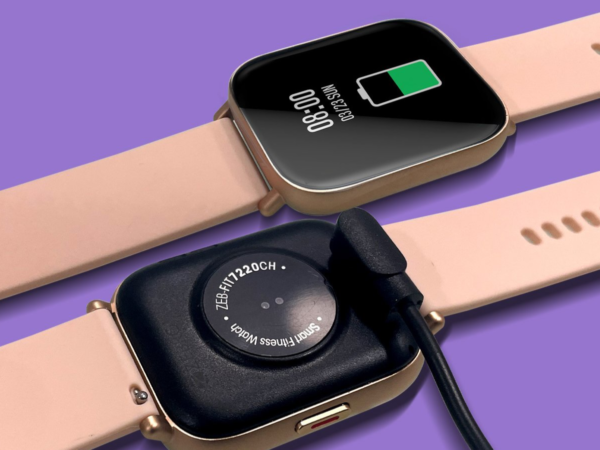 A 210mAh battery powers the Zebronics Zeb-Fit7220CH smartwatch. This battery outperforms competitors in the same price. According to the business, the fitness band may easily last a week on a single charge. However, after four days of use, the battery life is still at 40%, despite having Bluetooth and activity monitoring on all the time.

A magnetic charging port is located beneath the heart rate sensor. It takes less than two hours to charge the wearable to 100%.

When it comes to features, the Zebronics Zeb-Fit7220CH performs admirably. The step count was identical to that of a handful of other smartwatches. 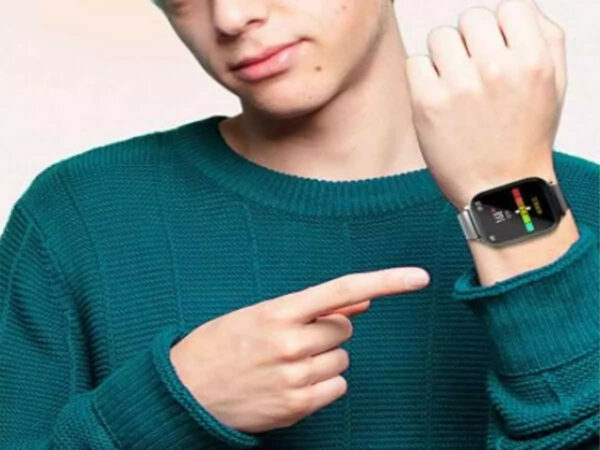 In conclusion, the Zebronics Zeb-Fit7220CH might be an excellent option for those looking for a budget smartwatch with a great appearance and feel without breaking the bank. This accessory has a sophisticated and attractive look combined with various helpful functions, making it a great purchase for under Rs. 4,000. While there are other options at this price, the Zebronics Zeb-Fit7220CH may be suitable because it has a sleek design without sacrificing functions.

Lots of features and an IP67 rating

Unable to respond to messages

How does printing more money as a monetary policy tool work in a cashless economy? Why does nobody care about the unaccounted banknotes in 2021?