The third devastating wave of covid is soon to knock on our doors and we are yet not prepared with the necessary resources despite all the funds that were collected by the government in the name of assistance. The Delhi Deputy Chief Minister Manish Sisodia had mentioned the scarcity in the number of covid  that were available in the city. According to him, the central government has been giving covid vaccines for a day or two, and then there comes the necessity to close the vaccination centers for days.

We are yet not aware of what is the reason behind this shortage in the covid covid while we were all promised the preparation for the third wave. There have been instances where people’s bodies were seen preventing major health issues due to the use of covid vaccines but the unavailability will probably question the fight and survival during the third wave.

Prior damages did no impact on the thinking of the government

Despite all the tragedies and destruction that were caused in the last two waves of coronavirus, India and its government is still not prepared for the probable major destruction that might be caused in the following wave. It is not the first time where the states have been facing a shortage of covid covid but a similar instance took place at the very beginning of July month wherein the states like West Bengal, Delhi, Gujarat, Jharkhand, Maharashtra, and Tamil Nadu also mentioned the scarcity and requested to provide with enough stocks of covids.

We are yet not aware of any of the medications that might help in surviving the corona pandemic but vaccination is our last hope which is falling short in stocks despite all the monetary assets and funds the entire country reimbursed to make the situation in control and avoid any for the destruction or losses of life.

Centralizing the covid covids and drives all over the nation 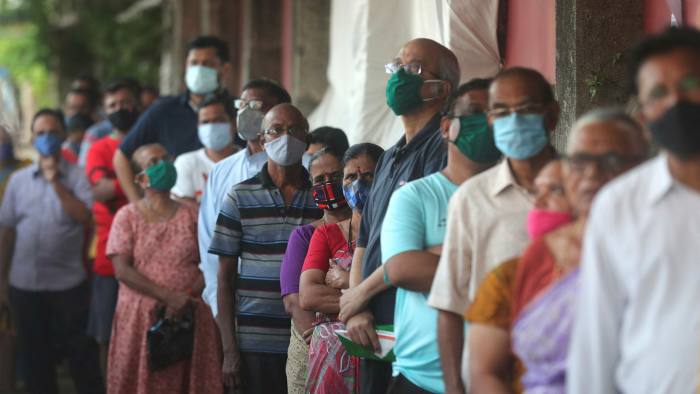 However, if we notice that the shortage in covid vaccines was discovered exactly after the time when Prime Minister Narendra Modi announced the plan of centralizing the entire nations’ covid vaccine drives in the last month of June.

After the decline of the further statements that mentioned the shortage of covid vaccines, by the former union health minister Harsh Vardhan, it was glimpsed in the government data that presented an actual decline in the vaccination drives and availability from June to July 2021. This is exactly the time when the new policy of centralization of covid vaccines was introduced and implemented.

Lack of covid vaccines despite the promising statements of the New Union Health Minister, Mansukh Mandaviya 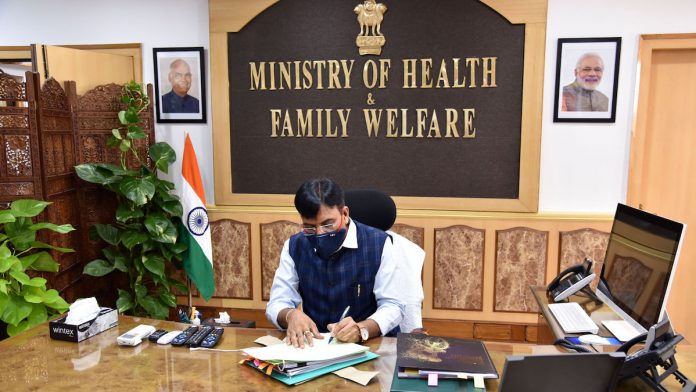 It is extremely contradicting that states like Rajasthan and Delhi mention the extreme shortages of the covid vaccines while the recently appointed union health Minister Mansukh Mandaviya, had mentioned and targeted the availability of about 13.5 crore doses of covid covid in July, in his very first statement.

Mansukh Mandaviya instead of working and discussing the existing issue of shortage and covid vaccines and making things better for the next wave to avoid further losses of life has abruptly managed to blame the state governments for the same. He mentioned that it was the inefficiency of the states and the mismanagement under their guidance that led to the long queues outside vaccination centers even though they knew about the exact number of covid vaccines that were available to them.

However, this is the time when the recently appointed union health Minister must take all the charge and finally start working instead of just speaking. This is not something that can be avoided by a blame game but needs proper management, discussion, and concentration. Despite the fact that the health minister blames the state for the mismanagement and issues arising due to the shortage of covid vaccines, it is a fact that the new policy of Central procurement has led to a deep decline in the availability of covid covid vaccines throughout the country.

Earlier between June 21 and June 30, India had a vaccination process that included 54.88 lakh covid vaccines while just after the release of the new policy that is in the first two weeks of July 2021 we saw a drop to an average of 37.63 lakh doses of the same covid. If considered according to the shortage and needs of the same covid, the difference between the two numbers is extremely huge and could have done wonders if made available in a rightful manner.

According to the continuous tweets of Mandaviya, the center has increased the supply of corona covids from 11.46 crores to 13.50 crores in July. even if one truly considers his statements, where are the covid numbers that were increased and the dosage that was to be given to the people waiting in those long queues outside the centers? Even if he is blaming the States for the mismanagement is this a time to discuss the responsibilities of the government. To be clear enough, this is merely the blame game that is going since forever and the government hardly cares about the lives of people that are lost during their procedures and false statements.

Even if we believe that the vaccination number was increased by the central government, it is its responsibility to take care of the proper management and availability to the people. This is not the time to categorize the responsibilities of State and Central Government but should be considered as the most important issue that has to be sorted with the proper collaboration of both.

Expectations from the cabinet reshuffle for better welfare and consideration

The recent reshuffle of the cabinet ministers was explained as a step to assure the citizens of better development along with the necessary availability of the Covid resources in the near future. The decision was already puzzling but if the situation does not get better in the next few months or if the country loses its control over the third wave of covid, the government would have a big question mark on its decision-making and loyalty towards the nation.

The state government at a fault for improper management

Speaking of the state government, the statements and reports mentioning the shortages in covids depict the existing lack of proper management and distribution which has to be undoubtedly blamed on them too. The data displayed by the health ministry on July 1 mentioned the availability and reimbursement of about 32.92 crore doses of covids while the number increased to 39.59 crores on July 14th. It means that the states were supplied with 6.67 crore doses of covids in July for proper distribution and allotment. The daily average of 30 7.63 lakh covids leaves a question mark on the 1 crore doses which remain unused with states and private hospitals leading to the leakage in the proper management and supervision.

The Modi government- Is it the CENTRAL (leading) government in India? 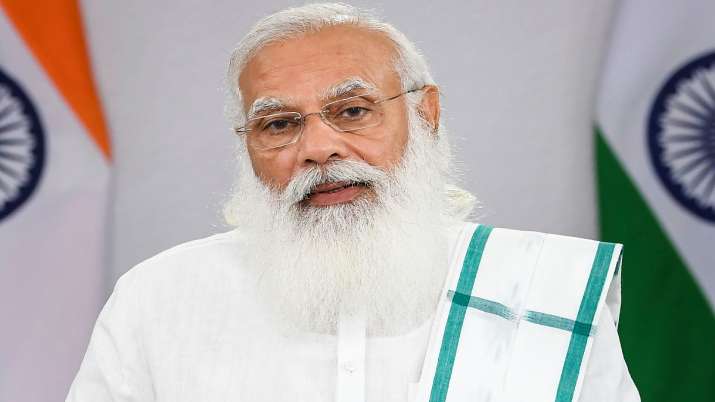 Probably all of us remember Narendra Modi’s statement of “the festival of vaccination” during his video conference with the chief ministers in April which looks contradictory with what conditions exists in the present times. He and his government has always been blaming the state for the issues related the covid availability in the states but little do they know that they are the central government and were also chosen for the welfare of the people.

The people did not decide to die even if there was a lack of management at the state level because they however chose the central government on a larger scale and expected it to work for the benefit of the citizens. Everything that the present government is involved in doing, is merely playing a blame game which does not help the existing conditions in any way and instead, leads to the worsening. There is an extreme lack of vision and consideration of what destruction can the third wave bring to the lives of common people due to the mere absence of vaccinations.

Both the governments were chosen with an expectation to get better in terms of development and welfare instead of listening to various tweets or statements given in order to blame the responsibilities and management skills of one another. It is high time that the government starts working on their levels and stop discussing the failures of each other which might lead to better efficiency and welfare of the people in India as a whole. The government should further make sure that the minority section that is facing the major disadvantages at present is the one who votes in higher numbers and gets the government elected.

The active presence of the Government is only glimpsed in India during elections. However, the only vision that the government can have to get the motivation to start working is the realization that if people lose their lives, the politicians would lose their votes.

Karishma is a professional Content Writer and is majorly focused on news articles related to the aspects which hinder the growth at times. She writes articles related to various topics, like technology, government, policies, investments and funding.
With Product You Purchase