COVID-19 pandemic has disturbed the working of various institutions at different levels, which has become even more challenging to tackle since India was not prepared for it. Every day thousands of people are losing their lives and their loves making the situation even scarier than it could have ever been. India recorded over 3 lakh COVID cases this Thursday, making the country number one of the worst-affected countries by the virus. In January 2021, the USA recorded 2.9 lakh COVID cases which was the highest recorded single-day spike in any country. Still, as the country has always been progressive about the welfare of its citizens and they have a fully-prepared response team to tackle the situation, they controlled the virus. The ongoing vaccination drive in the country recently hit 200m vaccine doses delivered to its citizens within 100 days.

On the other hand, India being the top producer of the vaccine globally, has merely covered the vaccination of 2.7% of its population. Surprisingly, PM Modi was given the tag of the world’s number one leader in tackling the virus and the ongoing pandemic. 2020 was much better and easier to control as the virus was not mutated and was still controllable, but now it has become 10 times more fatal. Does the duty of our leaders ends right after getting such a prestigious tag, or should they work even hard when the situation gets even worse like what we are in now? We don’t know, but the only thing we know is that the government is not doing anything when its citizens are dying and suffering to such a large extent.

Government stepped back from its duty: Indian citizens suffering daily, thousands dying daily due to lack of medical facilities.

As the number of COVID patients in India increases exponentially, the oxygen demand increases as many patients are not getting critically ill. But, without even thinking of its citizens, the Indian government exported 9,300 metric tonnes of oxygen amidst the rising cases and severity of this pandemic. Human resource is the most valuable asset, and then comes the economy, but it does not seem like the government cares for its citizens. India is struggling to cope with rising prices – it recorded 314,835 new coronavirus cases in the past 24 hours, and the death toll rose by 2,104.

According to the city’s deputy prime minister, Manish Sisodia, oxygen availability has been a problem, as many hospitals in the capital Delhi completely collapsed on Thursday. There are reports that some hospitals are finding themselves in a dangerous position. Unlike last year, no national ban was announced. Instead, states apply their own rules. Delhi announced a week-long closure over the weekend, leaving only government offices and essential services such as hospitals, pharmacies, and department stores. Authorities in Maharashtra, the worst-hit state – already less than half – have announced a series of other restrictions starting Thursday evening. 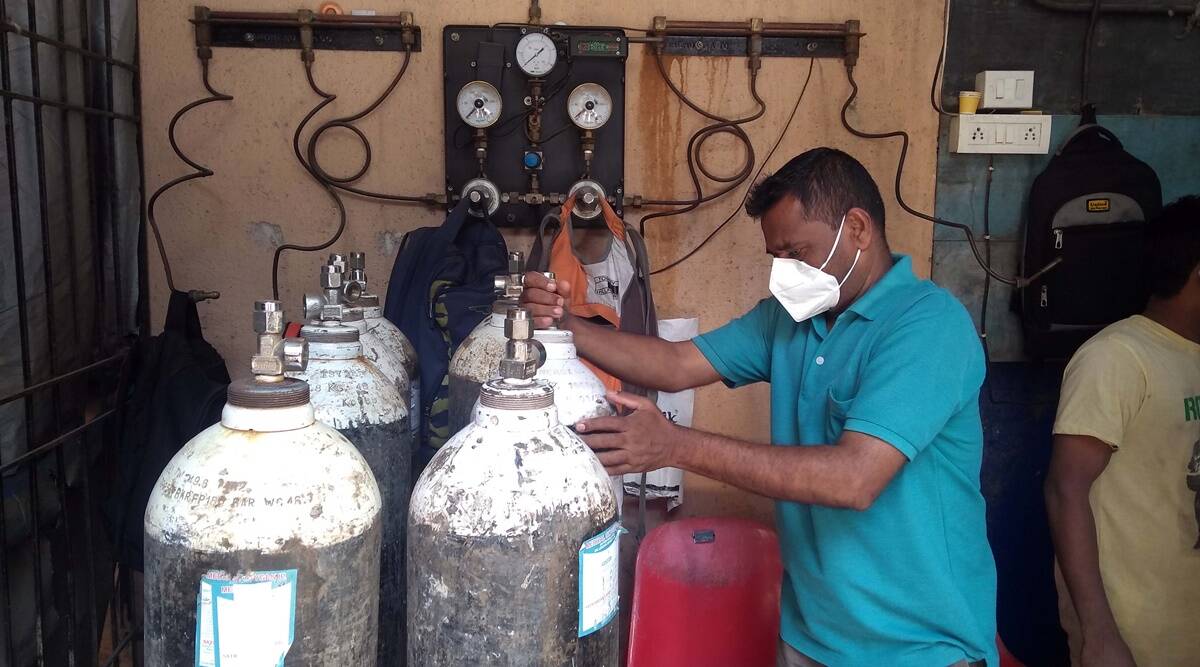 ‘Don’t go out unless necessary.’ Everyone was preaching this motto last year. Even the government officials put up banners in every city stating the same, but is the government really following its own path? The answer is right in front of you. Daily, 3-4 rallies are held in West Bengal, where hundreds and thousands of people gather without caring much about social distancing norms and wearing masks. If the government is so reluctant and concerned about the spread of the virus, why are they not following the protocols and doing it according to their own benefit? Who will be responsible when these people get affected by the virus and lose their lives? The government will simply step back from its responsibility yet again, making the people suffer.

‘Lockdown is not needed! All states should avoid it as much as possible: If not now, then when?

PM Modi addressed the nation this Tuesday, wherein he mentioned how well India performs towards the pandemic and India’s response towards it. But in reality, the situation is totally different from what the PM has shown it. The country is suffering a lot, daily we are receiving lakhs of COVID cases, and thousands of people die. Oxygen runs so short that the hospitals are left with a few minutes of oxygen supply and demand to shift the patients somewhere else, but even the hospital beds are running short. Saving the economy is essential, but we can handle it with proper measures like the developed countries USA and UK. This is not a time where we should live in denial. Proper actions like imposition of nationwide lockdown must break the chain of COVID and stop it from further spreading. It will decrease the workload on hospitals and medical facilities and save thousands of lives, as one life lost affects many people!

The total daily production of oxygen in India is 7,127 metric tons. The bulk of this production is dedicated cryogenic air separator units that produce high purity oxygen. The science behind these plants is simple: dry air is cooled so that nitrogen and oxygen, the two main components, are separated by their boiling points. However, not all oxygen produced by cryogenic air separator units is intended for medical use. An important part is set aside for industrial use. On April 18, the federal government banned producers from supplying oxygen so that people could not use it medically. Still, it released nine industries: ampoules and containers, pharmaceuticals, metal plants, petroleum refineries, nuclear power plants, oxygen cylinder manufacturers, plants wastewater treatment, food, and water purification – an industrial process that requires uninterrupted supply and function. 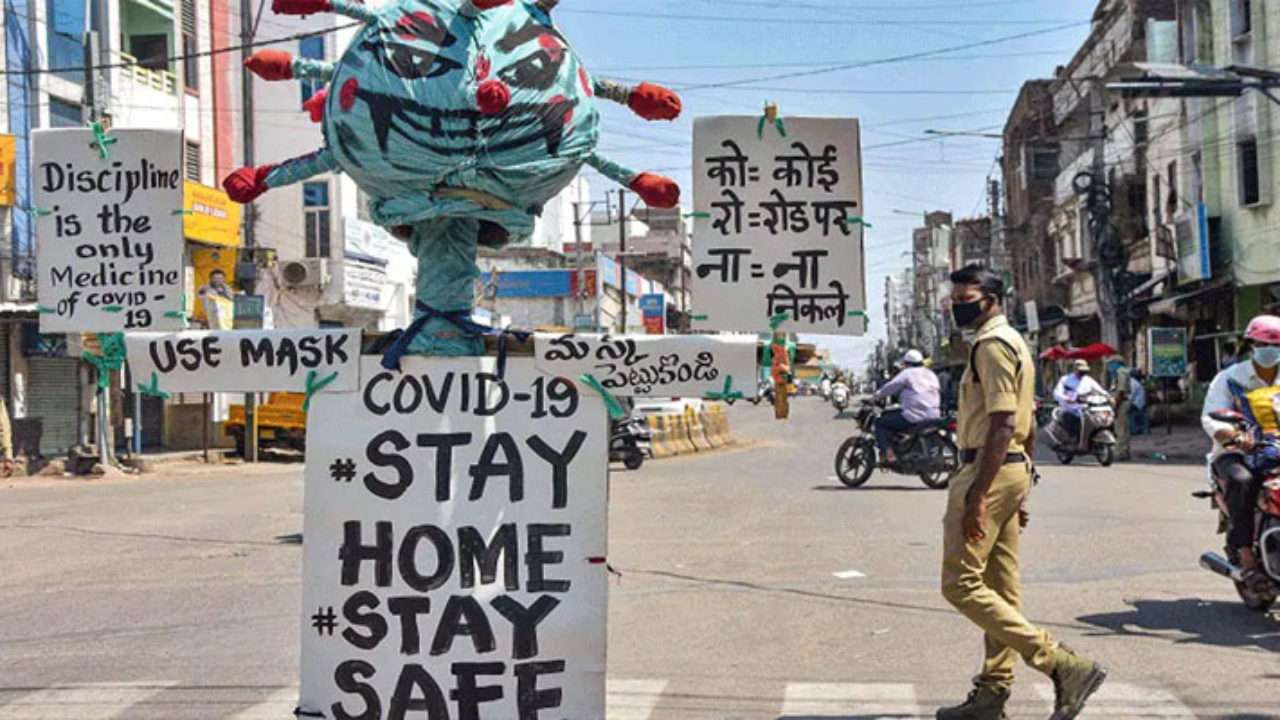 700% Increase In The Export Of Oxygen In FY21 By India Despite Thousands Dying Daily Due To Oxygen Shortage, Oxygen Supply Hindered In Delhi Due To Ongoing Farmer's Protest

By Shrija
Follow Us
Weather
New Delhi, IN
Mist
25 ℃
27º - 24º
88%
2.06 km/h
27℃
Fri
34℃
Sat
34℃
Sun
35℃
Mon
33℃
Tue
Recent Tech News
Facebook Twitter WhatsApp Telegram Viber
Back to top button
Close
Popular Posts
Most Commented
Recent Comments
We use cookies on our website to give you the most relevant experience by remembering your preferences and repeat visits. By clicking “Accept All”, you consent to the use of ALL the cookies. However, you may visit "Cookie Settings" to provide a controlled consent.
Cookie SettingsAccept All
Manage consent