A populist, pragmatic and with strong media presence, the Russian opponent, top Putin critic, Alexei Navalny was collaborating in the campaign for the Siberian elections when he suffered from suspected poisoning.

Has the Russian opposition politician Alexei Navalny, 44, been the victim of a random poisoning or a premeditated poisoning?

In the absence of hard data, everyone can believe what they want and many may find it comfortable and exciting to place this case on a list that includes Alexandr Litvinienko, a former officer of the KGB (the predecessor organization of the Russian Security Service or FSB) and Sergei Skripal, former military espionage officer and double agent with the United Kingdom. The first died in 2006 from a dose of polonium allegedly administered by two of his former colleagues in London and the second survived a 2018 assassination attempt with a paralysing substance in Salisbury.

“The authorities have already proven (among other things by their resignation to investigate similar incidents), that there is someone in their ranks who practices poisoning as such,” says political scientist Gleb Pavlovski in the newspaper Nóvaya Gazeta.

“In case of poisoning, the first suspicion will always be directed against the authorities, because they or someone in their ranks is dedicated to this.” “The poisoning of known people requires that the poisoner have a protector in very high office, otherwise he would not risk so much”, continues the political scientist, according to which the moment caused by the Navalni case is “critical” and “the authorities in the Kremlin have to be extremely cautious to deny the poisoning”. 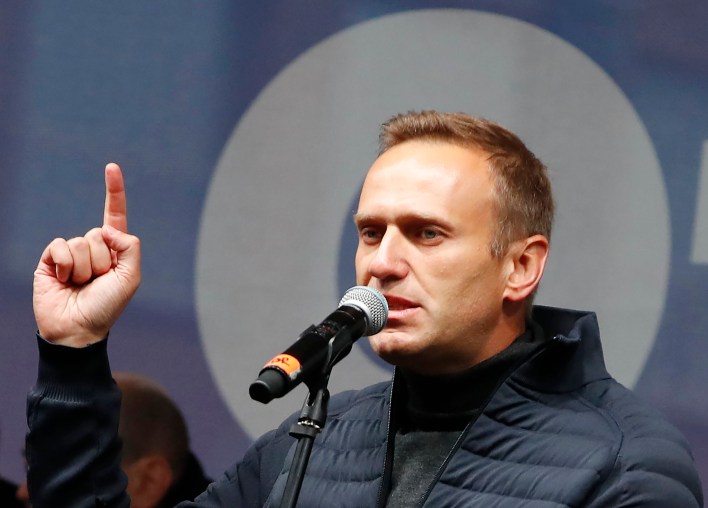 Unlike spies – simples, doubles or turncoats- Navalny is a politician (although he was never authorised to register his party) and for this reason, he works with the public to consolidate and expand the structures of his followers throughout the country. His stay in Siberia, where he suffered his serious illness, had to do with the support of candidates in various provinces for the unified election day of September 13, in which local and regional elections of different levels are concentrated.

In 2013 Navalny measured his forces in the race for mayor of Moscow and then obtained 27% of the votes against the winner and incumbent Sergei Sabian. In 2018, however, he was unable to run for the Russian presidency due to his criminal record (prevented by an article of law that seemed cut to size).

Navalny had been sentenced in 2017 to five years on probation for alleged fraud in a forest material sales business when he was an advisor to the governor of Kirov, Nikita Belij. He has also been imprisoned for different administrative positions in protest rallies for electoral irregularities, for example in the 2011 parliamentary elections and the 2012 presidential ones.

Raised in a military city in Moscow province (his father worked for the army), Navalny studied law and finance while working as a banker to a property developer. He joined the liberal party “Yabloko” and came to hold a managerial position in his organization in Moscow from where he was excluded in 2007 for his flirtations with Russian nationalist tendencies.

Populist, pragmatic and with great media talent, Navalny has focused mainly on the fight against corruption and has launched popular projects such as Rospil, launched in 2010 to analyse the award contracts of the administration and denounce suspicious operations.

In 2012, Navalny gave up anonymous funding for its projects and created the Anti-Corruption Fund (FLC). Behind this entity, 16 people from the world of finance, business and culture were concentrated, part of whom had to emigrate from Russia.

At present, the survival of the FLC is in question due to complaints received from people who feel affected by its investigations and also due to the action of the Russian Investigation Committee. This committee has carried out systematic searches in the regional branches of the FLC, has requisitioned computers and work material and has frozen the accounts of its collaborators and relatives.

See also  Here Is Why PepperTap Failed as a StartUp 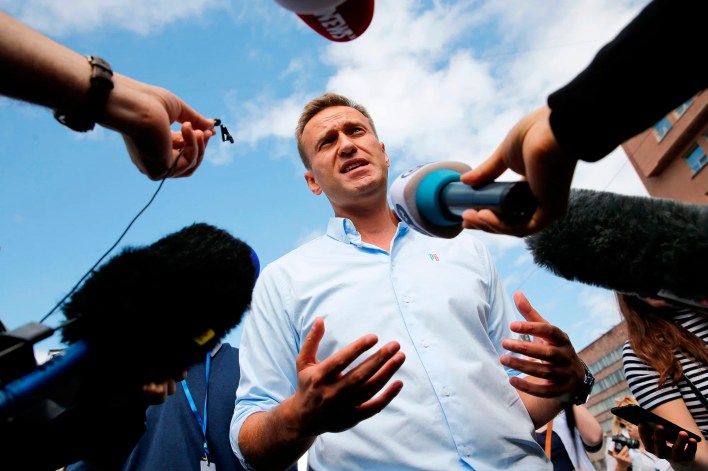 The targets of Navalny’s investigations form a long list that includes the former head of the Government and former president of Russia, Dmitry Medvedev (whom he accused of allegedly accepting a luxury villa as a gift from an oligarch in the gas and gas business). of alleged wine businesses in Italy), and also the children of the prosecutor Chaika for alleged illegal businesses.

Likewise, it includes former Deputy Prime Minister Igor Chuválov for his wife’s luxury trips along with their domestic pets by private plane, the head of the Russian National Guard, Victor Zólotov, for the institution’s purchases at allegedly inflated prices, the director of the television channel RT, MArgarita Simonián, and her husband Tigrán Keosayán, for the alleged use of public infrastructure for a program on the NTV television network, belonging to Gazprom. He has also accused a caterer of the so-called Kremlin “restaurateur” Yevgueni Prigozhin of having fed bad food to Moscow school children.

The harassment on the Navalny fund is such that the politician has announced its closure and its replacement with another legal entity with the same purpose but with another name. In the last entries on his website, Navalny urged to support the Belarusian people with words, deeds and money, but above all, he invited Russians “to return to the political life of their city” and to apply the “smart vote” that It consists of supporting the opposition candidate with the most objective chances of defeating those of the government, that is to say, those that in the past he called “crooks and thieves.”

See also  The Next Frontier: Artificial Intelligence and the start-up industry 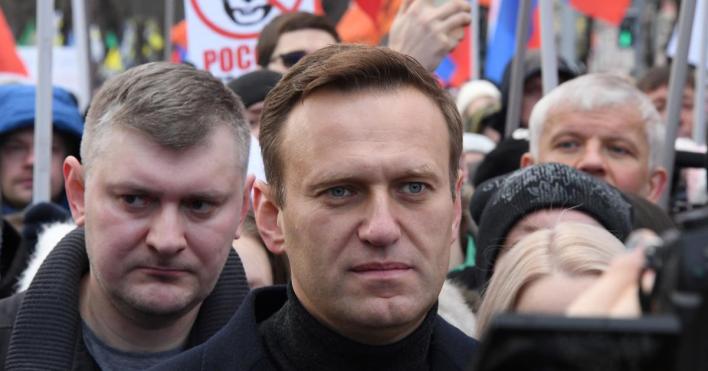 Russian Opposition Leader Alexei Navalny was Poisoned. Flows to Germany after A Long Break of 32 days