The price tag for the once-high-flying Zoox, as reported by the Wall Street Journal on Tuesday, would be below the $3.2 billion valuation the company received in its most recent funding round in 2018.

Amazon and Zoox both declined to comment about any acquisition talks.

He declined to comment about the deal itself because he’s not involved. But he did say, “It’s not a surprise that very large technology conglomerates want to get in,” referring to tech giants like Amazon and Apple being interested in autonomous vehicles. Several analysts contacted by Fortune weren’t surprised by Amazon’s move on Zoox considering that Amazon has already made big investments in somewhat related artificial intelligence projects. For instance, in 2019, Amazon joined others in investing $530 million in self-driving tech company Aurora.

Asad Hussain, the lead mobility tech analyst for research firm PitchBook Data, believes the current economic downturn caused by the coronavirus pandemic “has really catalyzed consolidation to a new level in this space.” Before the COVID-19 outbreak, self-driving car companies were already struggling because they had underestimated the cost of developing the necessary technology.

Those with deep pockets like Amazon are now well positioned to gobble up struggling companies.

“I think this deal really reflects a wave of consolidation in the autonomous-vehicle space that has been on the cards for a while now,” Hussain says. He suspects that other tech companies including Apple, Intel, and Nvidia may also be “coming in and scooping up acquisitions at pretty attractive discounts.”

In 2019, Apple bought the self-driving car startup Drive.ai amid reports that it was hurting financially. Meanwhile, in May, Intel bought the startup Moovit, which developed a public-transit app, for $900 million in a deal that some analysts speculated would help Intel develop better technology components for autonomous vehicles. Before the coronavirus pandemic and acquisition, Moovit was reportedly looking to raise money. 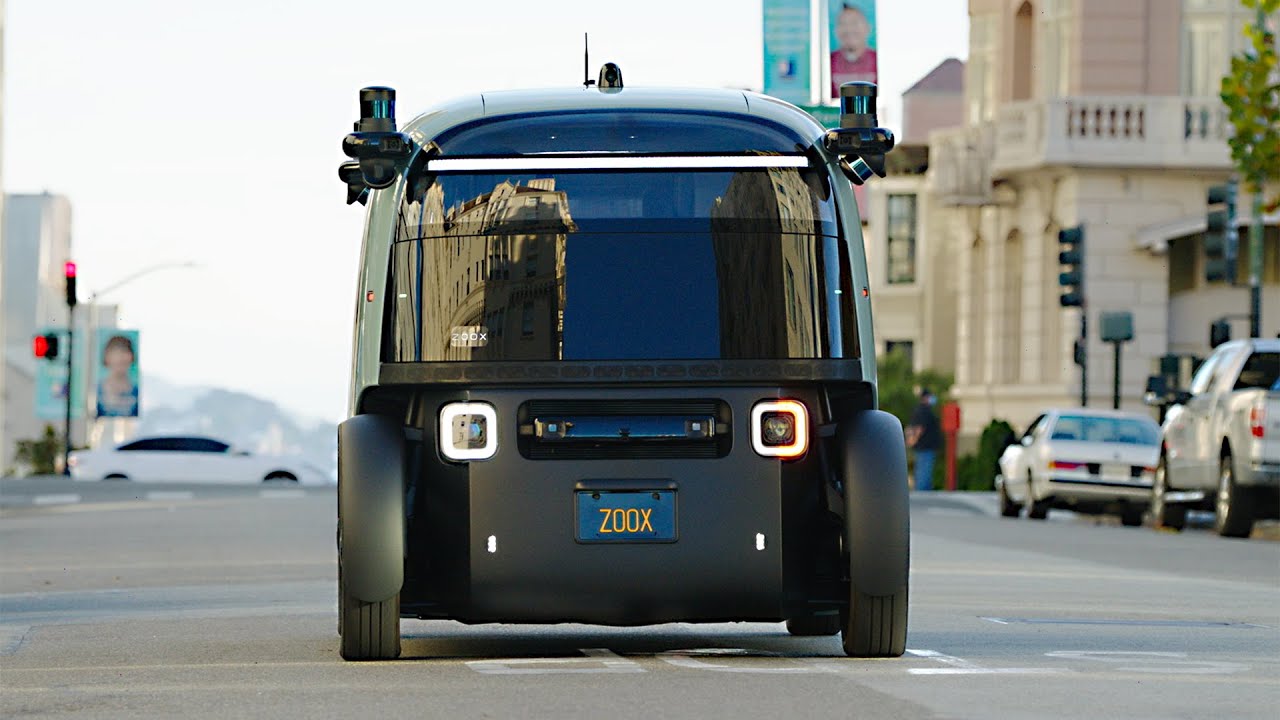 Sam Abuelsamid, an analyst with Guidehouse Insights, says Amazon’s potential purchase of Zoox could be used to improve or cut costs for deliveries and warehousing. He imagined a future in which Amazon operates driverless delivery vans that, after being parked, would serve as hubs for fleets of drones that deliver packages to individual homes.

As for Amazon building an autonomous ride-sharing service akin to what Uber or Lyft hope to create, Abuelsamid says he’s skeptical in the near term. But Amazon, which is known for long-term bets, could develop one in the future.

If so, that would put extra pressure on Lyft and Uber to reevaluate their self-driving car projects. Hussain says he’s long argued that Uber “should be divesting” itself from developing self-driving car technology. Instead, he believes Uber, which recently announced job cuts in its A.I. division, should partner with other companies on developing the technology, perhaps even creating autonomous-vehicle joint ventures that could carry the costs.

“When you look at where they are in terms of technical capabilities, they’re well behind the leaders in this space,” Hussain says about Uber. “I don’t think they have a good competitive position.”

Investors say emerging multiverses are the future of entertainment