The US Treasury Secretary Janet Yellen has declared war on low-tax jurisdictions around the world, urging the world’s 20 industrialized nations to enact a collective minimum corporate income tax. She said the decision was an effort to reverse a 30-year sprint to the bottom in which countries slashed corporate tax rates in order to entice multinational companies. More than how US-based firms do in multinational merger and takeover bids determines competitiveness. In a virtual speech to the Chicago Council on Global Affairs, Yellen explained that it’s about ensuring that policymakers have reliable tax regimes that collect enough money to invest in vital public goods. Working with other countries to end the stresses of tax competitiveness and corporate tax base erosion is critical, according to Yellen, who indicated that the US will do so in collaboration with other emerging economies in the Group of 20 countries. 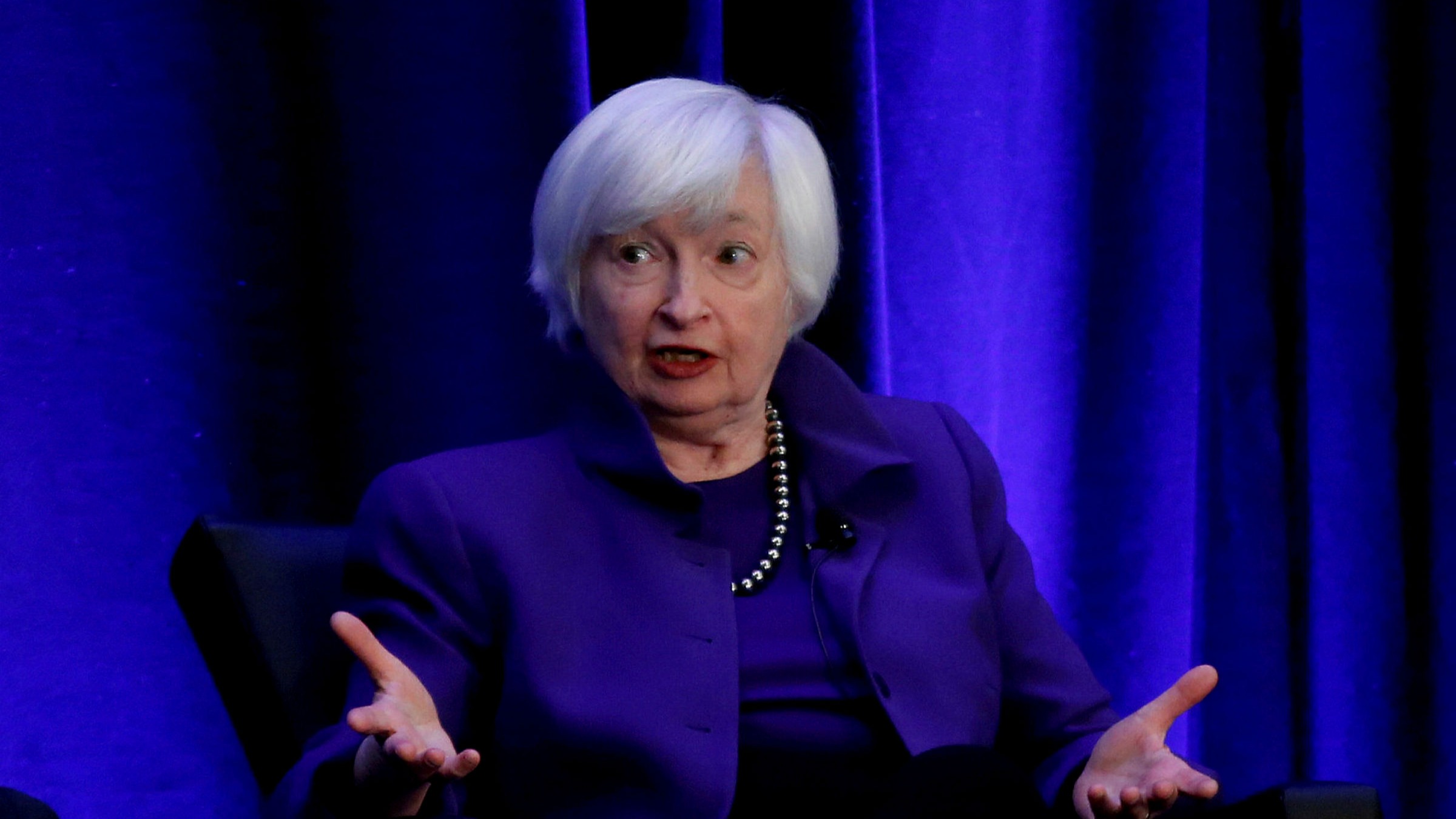 What is the plan and why is it being implemented?

This rise coincides with the US’s drive for a $2.3 trillion infrastructure modernization proposal at a time when the pandemic is costing governments around the world. The proposal to impose a minimum tax on overseas corporate income aims to make it more expensive for businesses to move profits abroad. The US government currently benefits from a global agreement on this topic, as enunciated by Yellen. Even if some low-tax European jurisdictions, such as the Netherlands, Ireland, and Luxembourg, as well as some Caribbean jurisdictions, depend heavily on tax rate arbitrage to draw Multinational National Corporations (MNCs), the same is true for most other countries in Western Europe.

This speech was produced at the World Bank and International Monetary Fund’s (IMF) spring meeting which started in a virtual framework that essentially paved the way for a wider discussion of this topic. One morning later, but after consultations in the Organization for Economic Cooperation and Development (OECD) – a body of 37 developing nations, the European Commission supported the call. It said the global minimum rate should be agreed upon. On Tuesday, when asked about Yellen’s plan, European Commission Spokesman Dan Ferrie told a news briefing that all companies, including internet companies, should pay a reasonable proportion of their incomes as taxes. Over the week, European nations, including Germany and France, issued statements of solidarity.

The plan is also supported to some extent by the IMF. While China is not likely to have significant objections to the US call, the effect on Hong Kong—the seventh largest tax paradise in the world and the largest in Asia—will be a worry, according to a report published earlier this year by the Tax Justice Network advocacy body. Moreover, the wretched China-US alliance could be dissuasive in global tax deal negotiations.

The proposed minimum corporate tax is tailored to meet the low effective tax rates shelled by some of the largest companies in the country, including tech giants such as Apple, Facebook and Alphabet, and major firms such as Starbucks. These firms generally use sophisticated subsidiary websites to hover revenues from large markets into low-tax countries like Ireland or the Caribbean, British Virgin Islands, Bahamas or Central American countries like Panama. According to the Tax Justice Network Survey, Germany and France are among the biggest losers, the US Treasury loses almost USD 50 billion a year to tax cheats. According to the survey, India’s annual tax losses are estimated at more than $10 billion.

Apart from the difficulties of keeping all the big nations on the same page, especially as this affects the sovereign’s right to determine the tax policy of a country, this proposal has other setbacks. Another basic tool the countries would have to use is a global minimum rate to push policy accordingly. Let me reiterate- “A global minimum tax rate”. In the context of the pandemic, for example, IMF and World Bank statistics show that emerging countries with less capacity to deliver mega-stimulus packages will face greater financial difficulties than developed countries. A reduced tax rate is an instrument they will use to drive business growth alternatively. Moreover, there will not be much impact on tax evasion problems on the imposition of a global minimum tax rate.

Although taxation is essentially a sovereign activity that is dependent on the needs and circumstances of the nation, governments around the world (including India) are willing to participate in and engage in global discussions about corporate taxation.

Finance Minister Nirmala Sitharaman declared a dramatic reduction in corporate taxes for domestic firms to 22 per cent and for emerging domestic manufacturing companies to 15 per cent on September 21, 2019, in an effort to stimulate investment activity. The Taxation Laws (Amendment) Act of 2019 resulted in the addition of a provision (115BAA) to the Income-Tax Act of 1961, allowing existing domestic corporations to pay a lower tax rate of 22 per cent if they meet certain criteria, such as not taking advantage of any defined incentives or deductions. Established domestic businesses who want the concessionary taxation regime would also be exempt from paying the Minimum Alternate Tax.

The exchequer was estimated to spend Rs 1.45 lakh crore annually on this and other initiatives. India’s headline corporate tax rate was largely brought in line with the average 23 per cent rate in Asian countries as a result of the cuts. China and South Korea both have a tax rate of 25 per cent, while Malaysia has a rate of 24 per cent, Vietnam has a rate of 20 per cent, Thailand has a rate of 20 per cent, and Singapore has a rate of 17 per cent. For Indian domestic firms, the effective tax rate, including surcharge and cess, is about 25.17 per cent. According to a senior government official, the economic division will investigate the benefits and drawbacks of the new plan as soon as it is available, and the government will then make a decision. For current businesses that are claiming some kind of benefit, the overall corporation tax rate is about 29 per cent.

Another official said that New Delhi was “proactively engaging” with international governments in order to facilitate and improve information sharing under Double Taxation Avoidance Agreements, Tax Information Exchange Agreements, and Multilateral Conventions in order to close loopholes. Furthermore, successful disciplinary proceedings, such as inspections, inquiries, levy of taxes, fines, and the filing of prosecution complaints, have been launched in cases involving foreign properties, including searches, inquiries, levy of taxes, penalties, and the filing of prosecution complaints, where applicable. The government has the ‘Equalisation Levy,’ which was launched in 2016 in response to a report by a commission tasked with deliberating on digital economy taxes. In addition, the IT Act has been revised to include the principle of Significant Economic Presence as a requirement for non-residents of India to create a business relationship.

Do decisions on campaign bans show the electoral inefficiency and prejudice of the election commission?

Why China is refusing to disengage in Hot Springs and Gogra Post?

By ananya
Follow Us
Weather
New Delhi, IN
Scattered Clouds
25 ℃
33º - 25º
83%
3.2 km/h
33℃
Sat
35℃
Sun
35℃
Mon
34℃
Tue
32℃
Wed
Recent Tech News
Facebook Twitter WhatsApp Telegram Viber
Back to top button
Close
Popular Posts
Most Commented
Recent Comments
We use cookies on our website to give you the most relevant experience by remembering your preferences and repeat visits. By clicking “Accept All”, you consent to the use of ALL the cookies. However, you may visit "Cookie Settings" to provide a controlled consent.
Cookie SettingsAccept All
Manage consent