China is sending military planes near Taiwan with increasing frequency in what appears to be a stepping up of its threat to use force to take control of the island, Taiwan’s foreign minister said Wednesday. Such flights are more frequent than reported in the media and have become “virtually a daily occurrence,” Joseph Wu told reporters.
Along with Chinese military exercises simulating an attack on Taiwan, the flights by China are causing major concern for Taiwan’s government, Wu said.
“What it is doing now is unceasingly preparing to use force to resolve the Taiwan problem,” Wu said. China claims the self-ruling island democracy as its own territory and threatens to use the People’s Liberation Army to bring it under its control. The sides split in a civil war in 1949 when Chiang Kai-shek’s Nationalists fled to the former Japanese colony as the Communist Party took control in mainland China. Beijing has cut ties with the island’s government since Taiwan elected independence-leaning President Tsai Ing-wen in 2016 and has sought to isolate it diplomatically while raising the military threat. Despite that, Tsai was reelected this year by a wide margin.
Wu said China appeared to have grown in confidence following its crackdown on opposition voices in the former British colony of Hong Kong, facilitated by the national legislature’s passage of a sweeping security law. “If international society does not give China a sufficiently clear signal, I believe China will take it that international society will not impede it in doing other things,” Wu said. “This is what we are extremely worried about.” Wu stressed the need for coordination with allies such as Japan and the U.S., neither of which has official diplomatic ties with Taiwan but which maintain close relations. U.S. law mandates that Washington ensure the island can maintain a credible defense and treat all threats against the island as matters of grave concern. 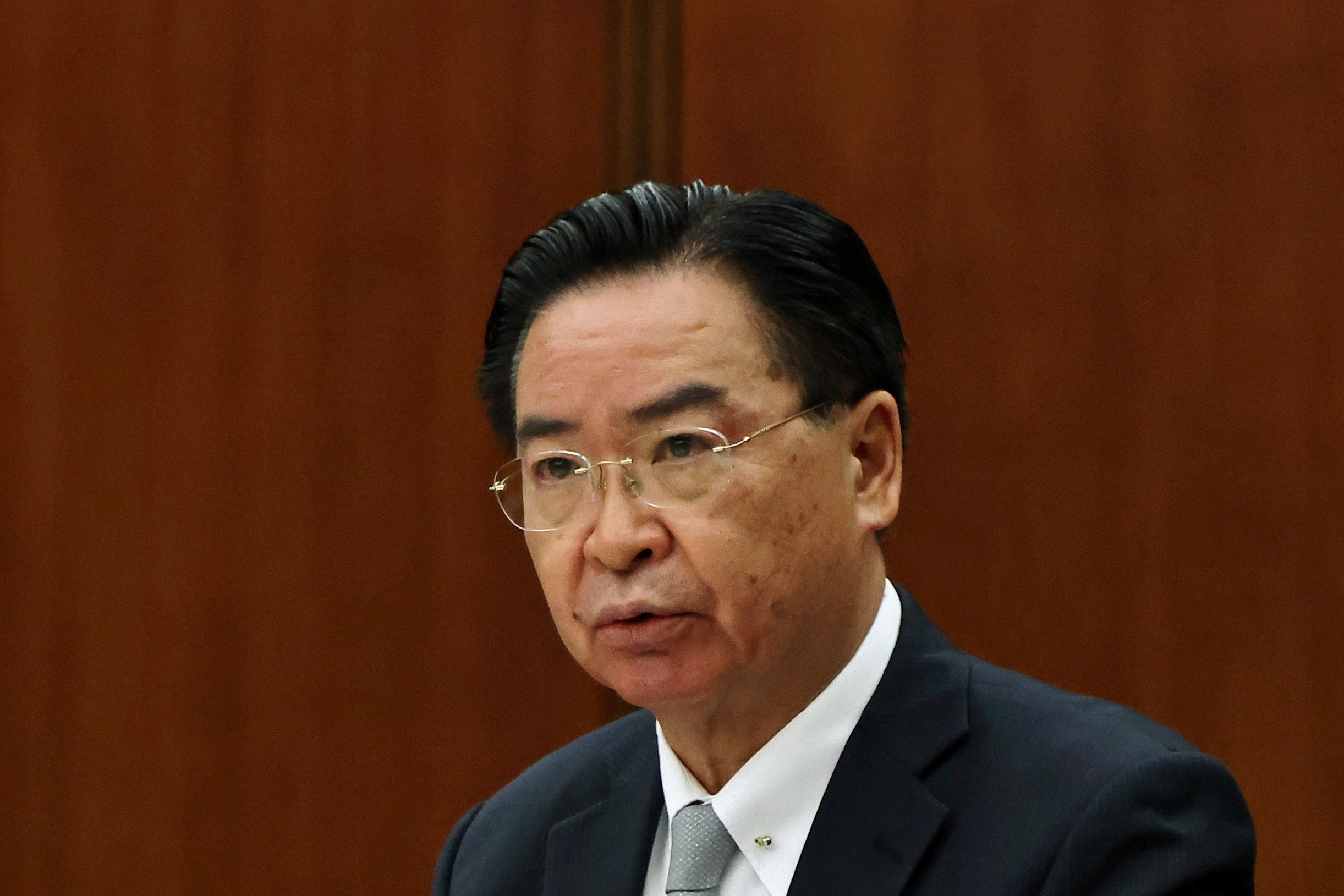 Support among Taiwanese for political unification with China has long been weak and has fallen further following the crackdown in Hong Kong. That comes as Chinese Communist Party leader and President Xi Jinping pursues an increasingly assertive foreign policy, leading to speculation he may attempt a military confrontation in the region.