China and Australia have been locked in a feud regarding trade, and as it takes a more severe tone with China imposing duties ranging from 116% to 218% on wine imports for Australia and that too for the next five years!

The same will come into effect from March 28; the authorities of China have said that they have found instances of “dumping” and market damage which has prompted the Chinese authorities to take this step. As the battle between Beijing and Canberra intensifies, China‘s commerce ministry announced tariffs on Australian wines from 116.2 percent to 218.4 percent, and the same is to be effective from coming Sunday.

During their investigation, the Chinese Authorities have alleged that they found “dumping and subsidies on imported wines” from Australia, which has impacted the Chinese market and hence the restrictions. In 2019, Wine exports hit a record A$1.3 billion which is equivalent to US$900 million, and this is according to the Australian government data, making China the biggest market by value for the product. The country has inflicted billions worth of bans and tariffs on Australian products over the last year, following the federal government’s call for an investigation into the Covid -19 virus.

The Australian Trade Minister has also alleged that after taking over the portfolio from his predecessor, calls, and letters to Chinese counterparts have gone unanswered for months. Even his request to discuss the deteriorating relationships has been ignored. He said, “We’ve said all along that we want to have very constructive relations with China, the complementarity between our two economies is strong, people to people are links are strong.”

Meanwhile, China’s Foreign Ministry spokesperson Zhao Lijian said Australia’s “wrong words and actions on a series of issues related to China’s sovereignty, security, and development interests” were the “root cause” of the waning bilateral relationship.

Australia threatens to approach WTO.
Dan Tehan, the Australian Trade Minister, said that China’s decision is “unjustifiable” and threatened to take the matter to the World Trade Organization (WTO). He further added that Australia will be looking at the next steps and that these next steps will include taking the matter to the WTO. He even said that the rate at which the tariffs have been imposed would “basically make it impossible” for Australian wines to be competitive in the Chinese market.

However, this is not the first time Australia will be approaching the WTO; last year, Australia had also approached WTO regarding an investigation into Chinese tariffs on barley imports because of a series of economic sanctions or disruptions to Australian products in the Chinese market. Australian Prime Minister Scott Morrison, speaking in Sydney, accused Beijing of using the tariffs as “retaliation” for the earlier step taken by the Australian government ( the case of Barley imports)

Taking it one step further and not stopping there, he added that Australia stood with British Prime Minister Boris Johnson on the issue of China imposing sanctions on several people from the U.K. and E.U. over their vocal support for the Uyghur Muslim minority in Xinjiang, where Beijing has been accused of abuses.

See also  Delhi Crematoriums Stores Ashes As Families Couldn't Perform The Last Rites, Can Collect It Later As Per Their Convenience

The ongoing battle between Australia and China
That the relation between and China and Australia are strained is not a new development. Both countries have been involved in a brutal trade war, with Beijing imposing Australian wine and barley with some serious high tariffs and also blocking imports of products including lobsters and cotton.

The trade war has led to the value of Australian trade with China for almost all industries to plummet by 40 %. The overall trade between the two nations is down just 2 % in value, but this because of the strong demand for Australian iron ore. However, as soon as the iron ore is removed from the equation, it becomes amply clear of the whole and stark extent of Beijing’s retaliatory trade tariffs.

Around 40 ships carrying Australian coal are stranded off China’s coast because of the restrictions on thermal and metallurgical coal. Thermal coal exports to China have been down by 70% in the six months to January 2021. At the same time, metallurgical coal has dropped by 60%.

Following the trade war between China and Australia, Federal Trade Minister Dan Tehan had said that Australians should be comforted by the fact that the United States has “got our back” this in response to the deteriorating relationship between Canberra and Beijing. China is increasingly taking decisive actions from its side and, in the process, has antagonized the rest of the countries.

Beijing had repeatedly and recently come up with several policies that have succeeded in drawing the ire from the countries that are concerned with the change in Chinese policies. Joe Biden has clearly called out China and has been very vocal of his views of the Chinese authorities and their policies.

See also  Even Before Selling the Shares, Investors Will Have to Pay Unfair 20% Margin

In fact, the first face–to–face meeting between American and Chinese officials happened since the time Joe Biden took office resulted in a major clash. During a tense exchange caught on camera, U.S. Secretary of State Antony Blinken rebuked China for using “economic coercion” against American allies.

Biden’s Indo – pacific coordinator Kurt Campbell to an Australian newspaper last week said that the U.S. would not “leave Australia alone on the field” and is not prepared to improve its bilateral relations with China “while a close and dear ally is being subjected to a form of economic coercion.”

The world is aware of the fact that both China and the U.S. are increasingly getting on the wrong foot of each other, so much so that last year, at the 70 the anniversary of China’s triumph, Xi Jinping warned the Chinese people “the road ahead will not be smooth.” 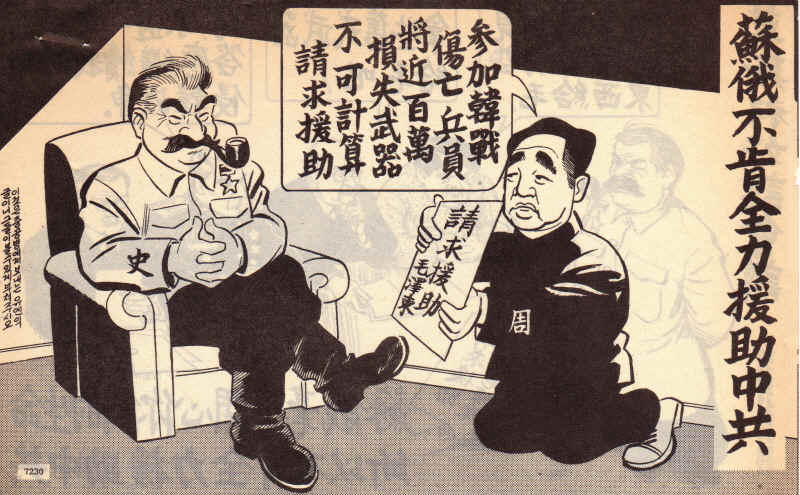 He called on people to revive the Korean War spirit, to “speak to the invaders in the language they know… to use war to prevent war”.

In simpler words, it is just an indication that China is not afraid of America, and it was victorious once and will be victorious again.

The above and latest developments should be taken seriously; a once-unthinkable war is now importable – but not an impossible situation.

America and China have already fought a trade war; they are engaged in waging war in cyberspace, and now there are probabilities that they may also engage in a full-blown out and out war.

An interesting agritech startup announced a funding of USD 6 million