Singer-composer Bappi Lahiri, who popularised disco music in Indian cinema in the 80s and 90s, has died following multiple health issues, a doctor treating him said on Wednesday. He was 69.

Lahiri died on Tuesday night at the CritiCare Hospital in Juhu.

“Lahiri had been admitted to the hospital for a month and was discharged on Monday. But his health deteriorated on Tuesday and his family called for a doctor to visit their home. He was brought to the hospital. He had multiple health issues. He died due to OSA (obstructive sleep apnea) shortly before midnight,” Dr Deepak Namjoshi, director of the hospital, told PTI.

In September last year, the singer had dismissed reports that he had lost his voice, calling such rumours disheartening. 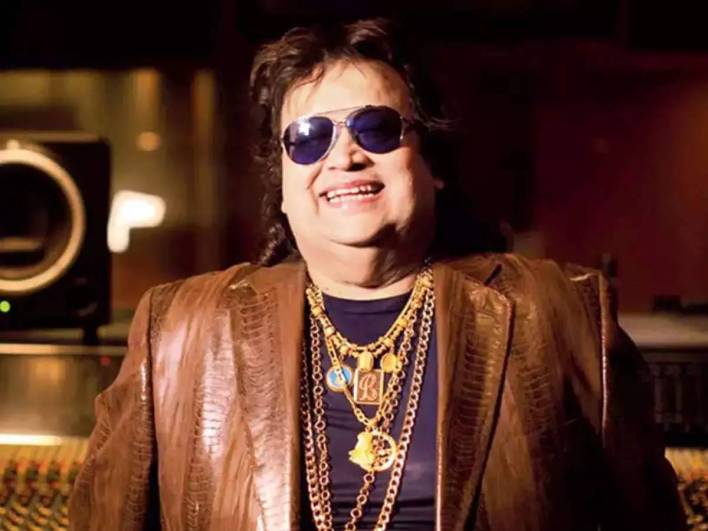 The singer-composer, a familiar figure for many with his trademark gold chains that he wore for luck and his sunglasses, was known for his songs in several films of the late 70s-80s. These included “Chalte Chalte”, “Disco Dancer”, and “Sharaabi”.

The last rites will be held on Thursday as the family is waiting for his musician-son Bappa Lahiri to return from Los Angeles, US.

The musician last worked on “Ganpati Bappa Morya” in September 2021. He gave the music to the devotional song, voiced by the US-based Indian singer Anuradha Juju Palakurthi.

Born Alokesh Lahiri, the music composer is credited as a pioneer of synthesised disco music in Indian cinema during 1970s to 1990s with songs like “I am a disco dancer”, “Jimmy Jimmy”, “Pag ghunghroo”, “Intehan ho gayi”, “Tamma Tamma Loge”, “Yaar bina chain kahan re”, ‘aaj rapat jaaye to” and “Chalte Chalte”, among others. 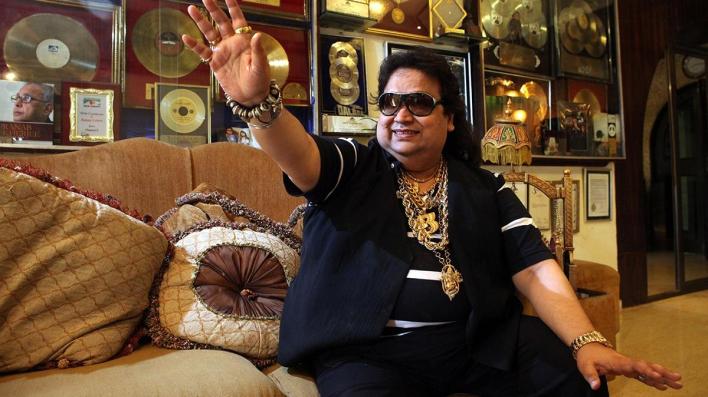 He also was one of the singers who sang “Tune Maari Entriyaan” from 2014’s “Gunday”. The lyrics for the Bengali version of the song were penned by Lahiri and Gautam Susmit.

Lahiri joined the Bharatiya Janata Party (BJP) in 2014. He contested from the Lok Sabha seat of Srerampur but lost to Kalyan Banerjee of the All India Trinamool Congress.

His last Bollywood song titled ‘Bhankas’ was for the 2020 film “Baaghi 3”.

Prime Minister Narendra Modi led the tributes, saying Lahiri’s lively nature will be missed by everyone.

“Shri Bappi Lahiri Ji’s music was all encompassing, beautifully expressing diverse emotions. People across generations could relate to his works. His lively nature will be missed by everyone. Saddened by his demise. Condolences to his family and admirers. Om Shanti,” the prime minister tweeted with a picture.

The singer’s death was also mourned by many in the industry, who remembered the artiste for introducing a new style of music in Bollywood and his collaborators.

Bollywood star Ajay Devgn called ‘Bappi da’, as Lahiri was fondly known among fans and contemporaries, an “endearing” personality whose music had an edge.

Singer Anuradha Juju Palakurthi said with Lahiri’s death, she had lost a mentor.

“I lost a mentor, the industry lost a giant whose work will always shine, the world lost a ‘saatwik’ human of uncommon goodness and kindness and the family lost a devoted husband, loving father and in-law and a doting grandfather.

“Working with Bappi da was like seeing a magician at work- he could bring out tunes in a jiffy-both intricate and easy, classical and light, western and eastern. Every minute that I spent with him was education. I’m one of many singers that was given a chance by the legend,”Palakurthi, who last collaborated with Lahiri, said.

Filmmaker Hansal Mehta referred to Lahiri as a man of incredible melody and talent.

“Another legend gone. #BappiLahiri,” he said in a tweet.

Lahiri was born in Calcutta, West Bengal in 1952 into a family of musicians.

Lahiri’s inclination towards music started at an early age of three when he started learning to play the tabla.

Iconic singer Kishore Kumar, who sang popular songs for him like “Pag Ghunghroo” and “Chalte Chalte”, was his maternal uncle.

The singer is survived by his wife Chitrani, two children — daughter Reema, who is also a singer, and music composer Bappa Lahiri.

Not just Hindi films, Lahiri was a popular name in the Bengali cinema too where he began his career with 1972 film “Daadu”. His first Hindi film as a composer was “Nanha Shikari” in 1973.

There was no looking back after that for the musician who went on to work in “Zakhmee”, where he composed and sang.

“Zakhmee” paved the way for films such as “Chalte Chalte”, “Surakshaa” and others as his disco beats became popular among the youth, earning him the title of ‘Disco king’ in India.

The singer, in an interview with PTI in 2019, said he was grateful to have voiced for some of the biggest stars of their era.

See also  Where does the Indian leadership stand when there are lakhs of people dying in the country due to covid?

“I feel so proud to have had this journey and to have worked with all the extremely talented people in the industry. Simply put, my life is Dilip Kumar to Ranveer Singh. From ‘Dharm Adhikari’ to ‘Gunday’ I’ve done it all,” he had said.