Indian skies will open up for domestic passenger services from Monday after a gap of two months, with Delhi-Pune and Mumbai-Patna flights being among the first to take off, aviation industry sources said.

All scheduled commercial passenger flights have been suspended since March 25 when the government imposed a nationwide lockdown to curb the coronavirus pandemic.

Both the flights will be operated by IndiGo on Monday morning. While the Delhi-Pune flight is scheduled to depart at 4.45 AM, the Mumbai-Patna flight would depart at 6.45 AM. Aviation industry sources said the first passenger flight would be 6E643 from Delhi airport and it is likely to be operated by aircraft VT-ITK, which is an A320neo plane of IndiGo.

The sources added the first domestic passenger flight to arrive at Delhi airport on Monday would be from Ahmedabad and it is of SpiceJet.

“The flight SG8194, which would be conducted by B737 model numbered VT-SGQ, would be landing at 7.45 AM at Delhi airport,” one of the sources said. 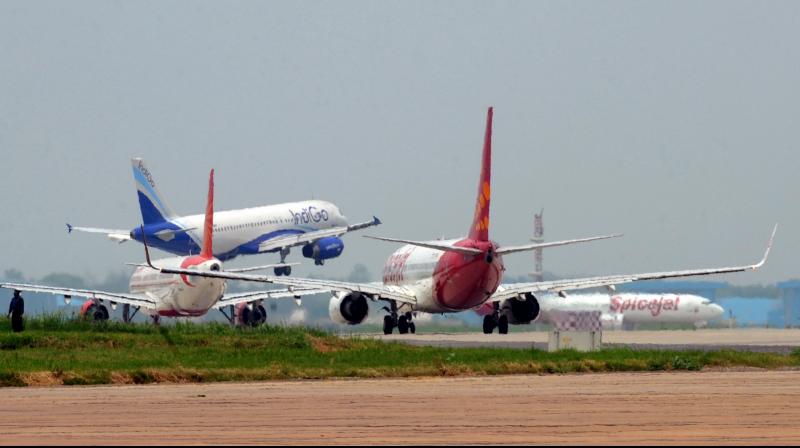 The Mumbai airport’s operator MIAL said in a statement, “The first flight departing out of CSMIA (Chhatrapati Shivaji Maharaj International Airport ) will be to Patna at 6:45hrs and flight arriving from Lucknow will be the first arrival flight at 8:20hrs both operated by IndiGo.”

It was announced last Thursday that one-third of pre-lockdown domestic flights will operate from Monday. All international scheduled commercial passenger flights remain suspended.