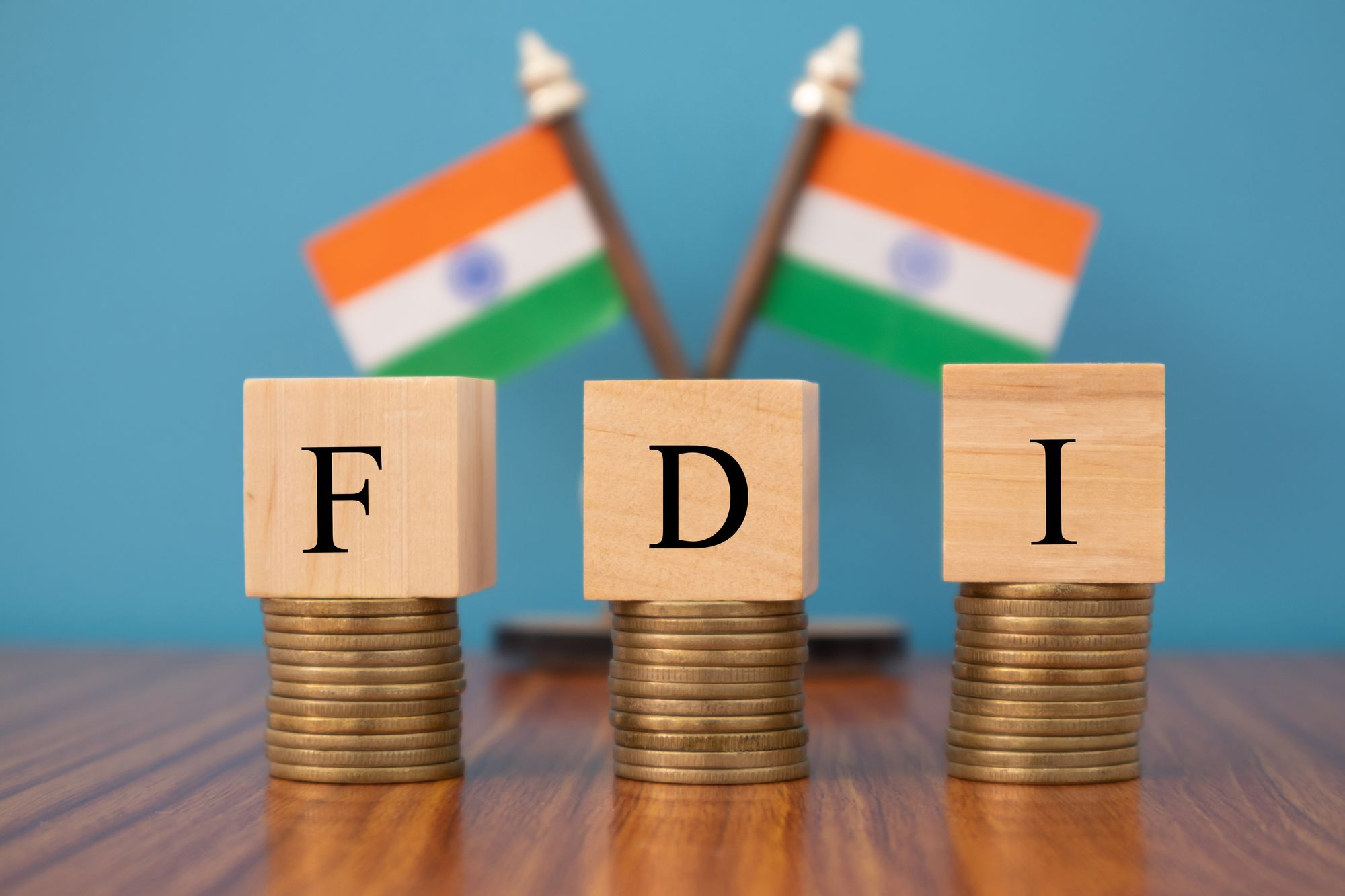 According to the World Investment Report 2021, published by the UN Conference on Trade and Development (UCTAD), global FDI flows have been massively hit by the pandemic and they have fallen over 35 percent in the year 2020. The global FDI has fallen to USD 1 trillion from USD 1.5 trillion as recorded last year. However, some countries have suffered less than other countries in the global FDI fall and India is one of those countries.

India received a total of USD 64 billion in Foreign Direct Investment in the year 2020. India is the fifth largest recipient of FDI from around the globe, amidst the pandemic. Just like any other country, the economic activities of India were also affected by the COVID-19 pandemic. However, according to the UN report, the strong fundamentals of the country have provided optimism for the medium term.

A large number of countries have not been able to maintain a good level of FDI inflow due to the pandemic. The overall global FDI has fallen by nearly 35 percent and this has severely impacted the economies of many countries. Borders were closed and every country had imposed a nationwide lockdown

How India was able to maintain a good level of FDI amidst the pandemic?

In case you were wondering the reason for India’s rather good performance in securing FDI in 2020, note that when all other sectors of the economy were failing to maintain an adequate level of FDI, the information and communication technology sector was rapidly growing. The FDI in India rose by 27 percent. Last year it was USD 51 billion and has since risen to USD 64 billion this year. Information and Communication Technology (ICT) contributed to this growth of 27 percent and thus led the country to become the third-largest recipient of Foreign Direct Investment. When the demand for everything else was falling, the digital infrastructure was in high demand.

This led to increasing the value of greenfield FDI project announcements which included ICT and therefore led to the rise of this sector by more than 22 percent. One such example of the rise in investment in the ICT sector is the USD 2.8 million investment made by Amazon, the current online retail giant.

However, it is not like India’s economy has not suffered from the FDI loss in COVID-19 pandemic. The previously announced greenfield projects in India contracted by 19 percent. The damage of the virus to the country has not stopped till now. The effect of the second wave of the virus has severely weighed down the country’s overall economic growth. The virus is still there and according to tor reports, there might be a larger contraction in the economy this year. The main investment destinations like Maharashtra and Karnataka have been hit by the outbreak of the virus as the rise in cases led to another lockdown, causing investment delays and production disruption.

Yet, the strong fundamentals of India provide optimistic hopes to the country. According to many reports, FDI in India is on long-term growth trends and the current investment rate will further rise. Due to its better quality and affordability, the Information and Communication Technology sector is said to grow further.

Some sectors of the country, on the other hand, are severely affected by this pandemic. One such example is the export-related manufacturing and investment priority sector. It will take a long time to recover back and will only revive if it is backed up by government support. By government support, it means providing the Production Linkage Incentive scheme and various other schemes which aim at attracting manufacturing and export-oriented investments.

The Mergers and Acquisitions also rose last year. The M&As across borders rose to 83 percent in which major deals involved ICT, Health, Infrastructure, and Energy. Even though India was unable to contain the virus outbreak, strong investments in ICT(hardware and software) and construction boosted the FDI. 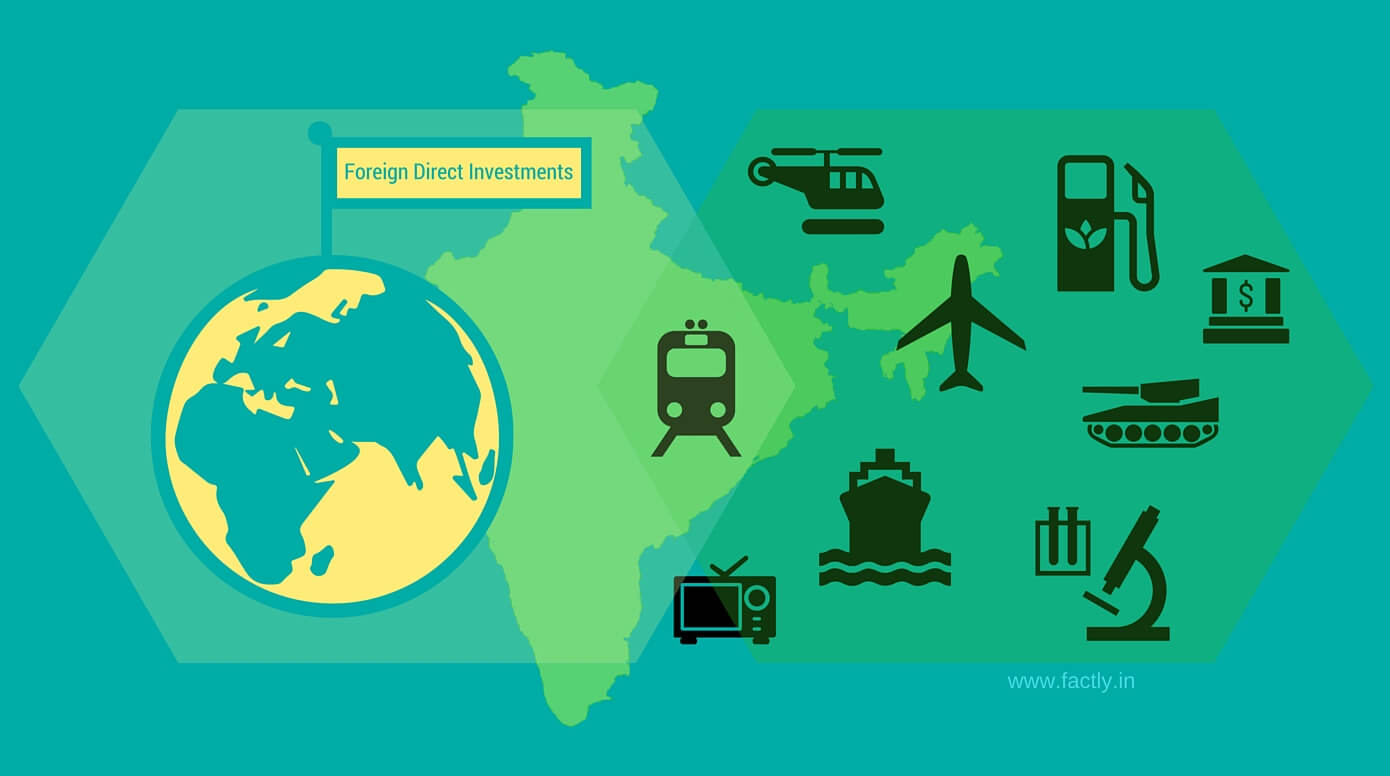 Some of the major investments last year were the acquisition of Jio ports by Jaadhu for USD 5.7 billion, the acquisition of Tower Infrastructure Trust by Canada’s Brookfield Infrastructure and GIC for USD 3.7 billion, and the sale of the electrical and automation division of Larsen & Toubro India for USD 2.1 billion. India witnessed another megadeal that provided a large FDI- the merger of Unilever India with GlaxoSmithKline Consumer Healthcare India for USD 4.6 billion.

The outflow of FDI

On the list of top 20 economies’ FDI outflow, India ranked 18. There is a reduction in the 2020’s outflow from 2019’s outflow. The outflow recorded in 2020 numbered 12 billion while in 2019 it was 13 billion. FDI of South Asia fell by 12 percent as it was driven by a fall in investment from India. However, less investment by the country is not healthy for the economy either. The good news is that it is reported that India’s investment would stabilize in the year 2021 as it will be backed by Free Trade Agreement (FTA) deals with the European Union and strong investment in Africa.

However, the failed health infrastructure of the country during the second wave of the COVID-19 pandemic imposes a great threat to the future investment prospects in the country. If the virus is contained this year too and if Asia witnesses a resurge of the virus, it will directly impact the global FDI. The reason behind this is that Asia contributes significantly to it. Coming back to 2020, Asia became the only region to witness growth in FDI. The FDI of Asia grew by 4% in the year 2020 and reached USD 535 billion. However, not every country of Asia performed well in attracting FDI in their countries. India, whose FDI rose by 27 percent, and China, whose FDI rose by 6% in 2020, were the only countries of the Asia region that performed well in the pandemic.

Even though this did establish a rather healthy base for FDI in 2021, the inefficiency of countries like India in handling the pandemic and curbing the coming waves of the virus provided a substantial risk to the inflow. However, India has merged as a prominent destination for it owing to their proficient ability in high-tech industries, in addition to their market size and the prominent ecosystem of technology and digitalization.

Can we even get the pre-pandemic economy back? - economic recovery everyone is talking about