India’s waste economy and harm to the environment

With the rise in the industrial development of the country, the waste generated by these industries is also on the rise. Every day, almost 1.5 lakh metric tonne(MT) of waste is generated in India and this number is so enormous that the current waste is acting as a huge threat to the country. We all know that as long as the waste generation is less than waste assimilation, the environment works fine. But as soon as the level of waste production rises and becomes more than waste assimilation, we start harming our environment.

India produces 1.5 lakh metric tonne of waste every day and nearly 10% of it remains exposed to the environment, which is a major reason for the current rising pollution levels. Of the collected waste also, only 20% of it is processed while the remaining 80% gets dumped in landfill sites. There are regional differences in the waste production levels also. It is reported that the urban population alone generated 1,20,000 metric tonnes of waste every day. While people in rural areas generate 0.17 kg of waste per day per person, the waste generated in urban areas is 0.62 kg per person per day.

To talk about different states, Delhi generates the highest level of waste as compared to other states. According to the World Bank report, Delhi generates 2.01 billion tonnes of municipal waste every year. This number is expected to rise at a very higher rate by 2030.

See also  Why India could be able to influence e-commerce alone this Summer?

There are various reasons behind this rising rate of waste generation. Rapid urbanization, growing population, and economic development are the major reasons behind this. With the growth of population, the per capita waste generation rises which leads to an increase in the total waste generation. With the rising economic development, the number of industries is growing rapidly. Industries produce a lot of waste and most of this waste gets dumped, which then leads to rising pollution levels.

Any product which is rendered useless during the process of manufacturing such as that of factories and mills is thrown away. Another issue is usually the industrial waste is mixed up with municipal waste which makes the assessment of waste difficult.

The first and foremost harm caused by the rising level of waste generation is the increase in bacteria and viruses. Waste piles act as a breeding ground for bacteria, insects, and vermin. The flies which roam around the waste later roam near us and our food and therefore are the carriers of bacteria and virus. There are a lot of toxins present in the waste we generate and these toxins get mixed with air and therefore cause air pollution.

The rising respiratory diseases are clearly showing the harmful effects of this waste. Most of the time, waste is thrown away in water bodies. We all do it but we never about its future consequences. The waste when disposed off in water bodies changes its chemical composition and therefore severely affects the aquatic ecosystem. 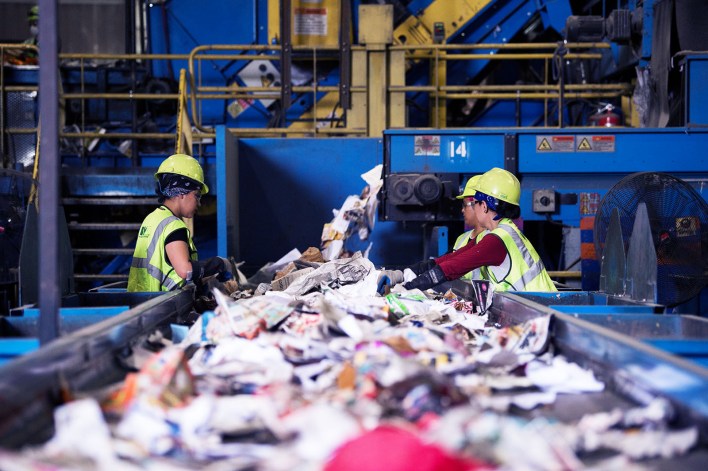 And well, it is no longer a health or welfare concern, for the waste economy also hampers the economic growth due to its impact on India’s otherwise rich tourism sector. It is because this overflowing waste is a public nuisance and destroys the heritage image of the country, therefore affecting the tourism of the country.

But are we helpless? Can we do nothing about it?

No, this is not true. We can bring a lot of change if we want to do something. Reducing the level of waste can be done if we all do sincere efforts for the same. But, we all need a role model, right? Here comes the story of the not-so-seen heroes of Alibag. The Mohammed brothers, also known as the invisible heroes of Alibag, are contributing everything they can to reduce the current rate of waste generation. Shah Mohammed, one of the brother duo starts his daily life by cycling through the lanes of Alibag carrying enormous gunny bags with him.

Wherever he sees soft cans, plastic, and metal, he stops, picks them up, and then continues his ride. His final stop is a courtyard where his brother Aish Mohammed separates the waste and neatly stacks all of it before it is trucked off to the garbage conversion places. The Mohammed brothers originally belong to Siddharthnagar, eastern Uttar Pradesh. These brothers belong to the group of massive heroes who are responsible for keeping our cities clean.

Stalin D, an environmentalist said that without these people, the entire countryside would be a huge mess. “The contribution of this unorganized sector of waste collectors and recyclers remain unrecognized”, he further adds. They are paid very little as compared to the work they do. Remind me why we worship the rich to save the economy, again?

Getting back to the Mohammed brothers, Alibag has a combustible combination of changing land rules as well as ever-growing tourist traffic. All this leads to waste management problems in the country. The collection and disposal of waste is primarily the responsibility of state governments, most of the waste often gets burned which rises the air pollution level enormously. 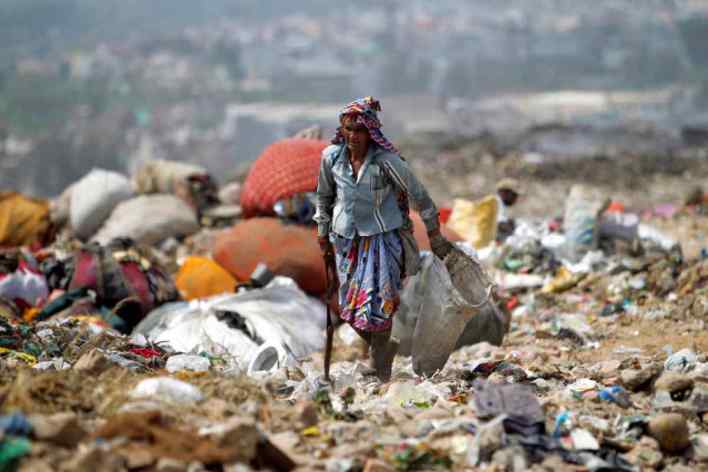 Even after doing such critical work, the Mohammed brothers as well as all other workers working so desperately hard to keep the environment of their city hygienic, have to fight another problem. The problem of ill-mentality of the people. Society is so hypocritical that on one hand, it worships cleanliness as a virtue on the other hand consider the workers working towards keeping their city clean untouchable.

Even after the start of the Swachh Bharat campaign, nothing has changed. The collectors, sorters, loaders, transporters, and workers in the waste units are not given the recognition they deserve. While others, all of us, generate waste while working in order to earn income, these people are cleaning the environment as well as earning their income which is also very low.

The recent change in our consumption pattern generates very different waste. This waste is more difficult to reuse and there is a huge amount of plastic present in this waste. “Fifteen years ago, the rubbish was very different. We didn’t get that much plastic, thermocol, or construction rubble”, says Shah Mohammed.

We can also learn the concept of reusing waste from these Mohammed brothers. In an interview, Shah Mohammed said that he recently received a rusty cycle that was disposed of by a wadi owner. Shah cleaned the bike, adjusted the brakes, and gifted it to his nephew. We here are not just praising how Shah made gold out of waste but this paragraph aims to motivate people to reuse and recycle waste rather than just disposing it off.

Change begins at home and if we want to keep our city clean and beautiful, we have to make sincere efforts for the same. The rising levels of waste generation need to be reduced in order to keep our lives as well as our environment clean.