The year 2020 was the year of uncertainties. The world experienced unpredictable events to such an extent that never would have been expected and will never be forgotten. The world experienced a full lockdown. Imagine! People were locked up in their homes and the world’s busiest streets were empty. Not a single soul could be seen. People were terrified seeing the scarcity of oxygen, hospital beds, and required medication. The global economy collapsed and the poor health infrastructures of various countries including India were exposed and highly criticized. But what can be done? People were looking for answers and solutions and a way to come out of the problem. The world leaders all were prioritizing the pandemic as the most important topic to discuss.

Many businesses failed during this time. There were no customers, no business operations. Many businesses and startups were shut down because of a lack of funds and capital. The Indian economy faced this problem to a huge extent. Many small businesses here do not function in an online mode, so with the lockdown imposed, they faced a crisis. The pandemic and lockdown bought out the true picture of technology in India, it showed that India is so far behind in technological development.

Only a handful of the population has access to the Internet and online medium, and only that portion was able to work and study. It has taught a lesson to India that the post-pandemic world will be of technology. One needs to be technology adaptable to function in times of uncertainty and the future is unpredictable. Many Indian startups were not able to continue with the operations, but many of them received funding even, and out of them some even entered the “Unicorn Club”.

They received so much funding which eventually increased the value of the company beyond USD 1 billion, thus becoming the prestigious and famous “Unicorn”. Many big names like Nykaa, Cars24 have become a unicorn during the COVID 19 times. Another Indian startup to become a unicorn is DailyHunt.

DailyHunt, as announced on December 22, 2020, received funding of USD 100 million in a round which was led by Google, Microsoft, and Alpha Wave Incubation of Falcon Edge. The other participants of the round were the existing investors of the company- Sofina Groups and Lupa Systems. After this round of funding, the total funds raised by the company have come up to be USD 240 million. After this round, the value of the company rose to over USD 1 billion.It is the first Indian startup in technology for local languages to become a unicorn.  Below mentioned is the journey of the DailyHunt to the unicorn club-

The company aims to use the funding received to increase the short video app Josh, which it recently launched after the ban of TitTok by the Government of India. Josh was formed to fill in space that was left by the TikTok.  It will be using the funding to develop its content creator ecosystem and double down on its artificial intelligence and machine learning to move ahead with the content for the discovery of content and recommendations.

Earlier the company had even raised USD 10 million in primary capital from B Capital which is used to change and worked again on the ownership structure after the Indian Government clearly specified that the foreign investment in the Indian digital media should not be more than 26% by October 2021.

Founded in 2009, and earlier called NewsHunt, DailyHunt was created as a Symbian Application by two ex Nokia employees, Umesh Kulkarni and Chandrashekhar Sohoni. It is an Indian content and news aggregator application that provides content and news in 14 local languages of the country from various content providers. Based in Bangalore, the parent company of DailyHunt is Verse Innovation which was founded by Virendra Gupta.

The languages in which DailyHunt provides content are Hindi, Tamil, Telugu, Malayalam, Kannada, Marathi, English, Gujarati, Oriya, Punjabi, and many others. The application of DailyHunt is one of the most downloaded Indian short video applications on the Google Play Store and has over 77 million monthly active users, 36 million daily active users, and over 1.5 billion videos that are played every day. 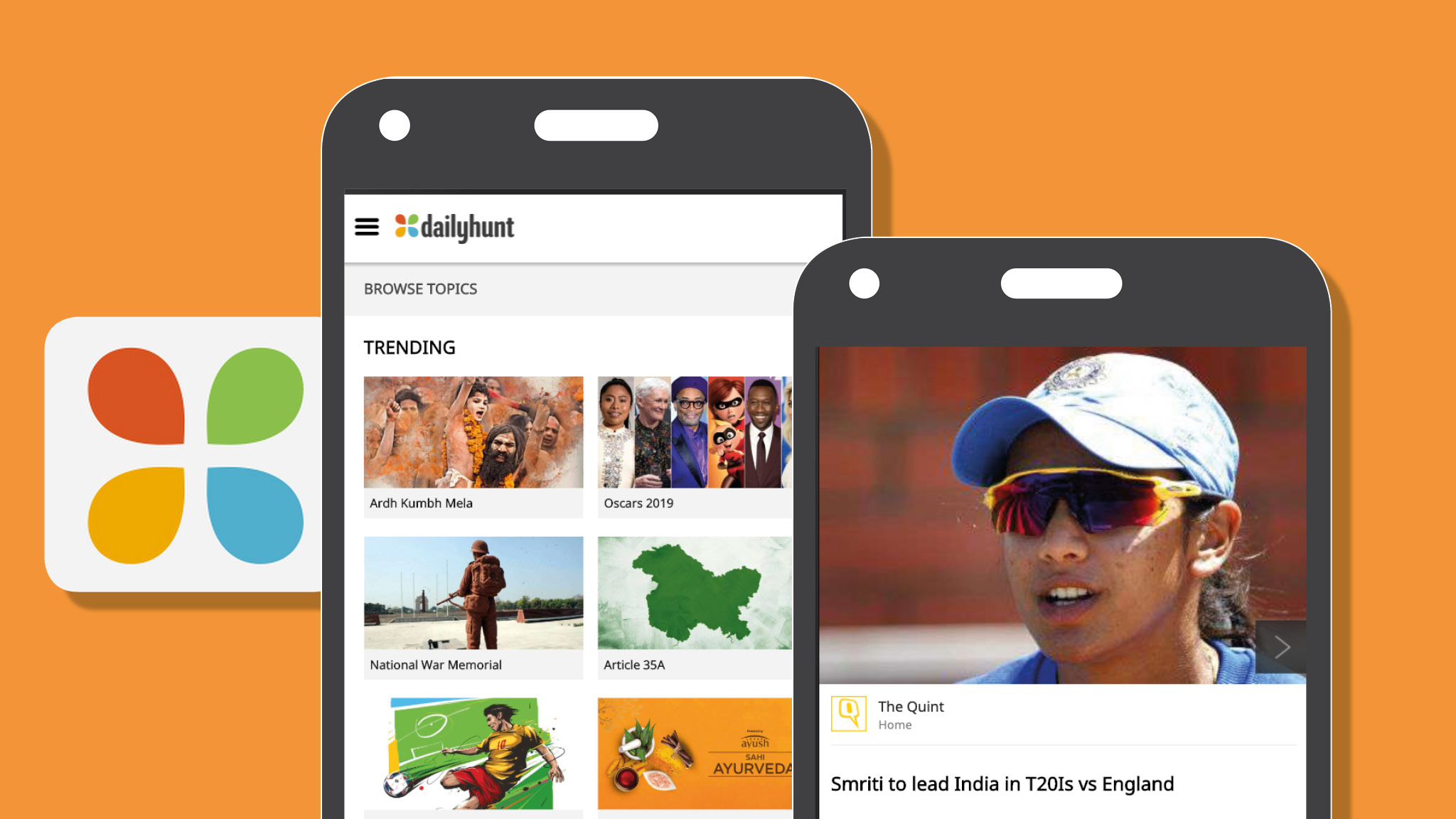 DailyHunt in September 2020 has signed up as an Associate Sponsor with Star Sports for Dream 11 IPL 2020. In March 2020 it partnered with Snapdeal to add content and news to the marketplace. In March 2019, it came into a multi-year partnership with Discovery Communications to telecast short-form content. In November 2018, DailyHunt’s Founder and CEO, Virendra Gupta, and the President of DailyHunt Umang Bedi was presented with the exchange4media Influencer of the Year Award.

The Director of Digital and Technology Investment Banking in Avendus Capital, Neeraj Shirmali said that VerSe innovation is the front of innovation in consumer technology and has come out to be one of the most interesting and exciting Internet companies in the country. They are backed and supported by the big names in the technology industry of the world and this proves that it has a sustainable approach and a great amount of potential in the opportunities relating to local languages.

The startup has proven its abilities even with its ups and downs and we can just hope that it is able to show a path for upcoming startups even.

Contemporary mark sheet based on historic records. Fair or Unfair?

Hey! Let's talk about startups and businesses.
By Gauri
Follow Us
Weather
New Delhi, IN
Mist
26 ℃
35º - 26º
94%
0 km/h
35℃
Sat
34℃
Sun
33℃
Mon
36℃
Tue
35℃
Wed
Recent Tech News
Facebook Twitter WhatsApp Telegram Viber
Back to top button
Close
Popular Posts
Most Commented
Recent Comments
We use cookies on our website to give you the most relevant experience by remembering your preferences and repeat visits. By clicking “Accept All”, you consent to the use of ALL the cookies. However, you may visit "Cookie Settings" to provide a controlled consent.
Cookie SettingsAccept All
Manage consent