Heated debates between supporters of branded drugs and those in favour of generic drugs are trending around the world – here is why.

Branded drugs are developed by a company and are sold under a brand name. Patents for such drugs can be obtained by addition of various inactive components to the drug, such as coloring and flavoring agents.

Almost all drugs sold in the Indian pharmaceutical market are branded medicines. However, the dosage required, safety of the drug, strength by mass, and standard of quality are very similar in both branded drugs and generic drugs. 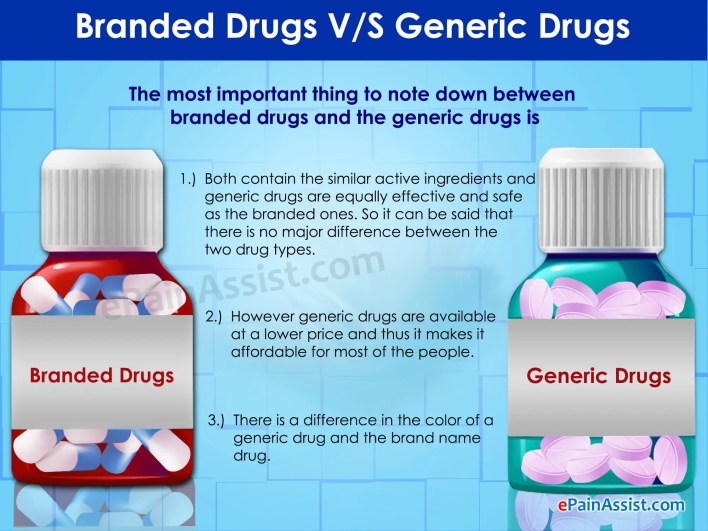 India is one of the largest producers of generic drugs globally. The Indian pharmaceutical sector industry supplies over fifty percent of global demand for various kinds of vaccinations. India holds an important position in the global pharmaceutical market as a supplier. The nation also consists a large pool of scientists and engineers with the potential required to level the pharma industry up to a higher standard.

Julian Issa, a lead analyst at Intelligent Home & Vision, has said that India must adapt to maintain its position as the world’s largest supplier of generic drugs.

THE ROLE OF THE FDA: 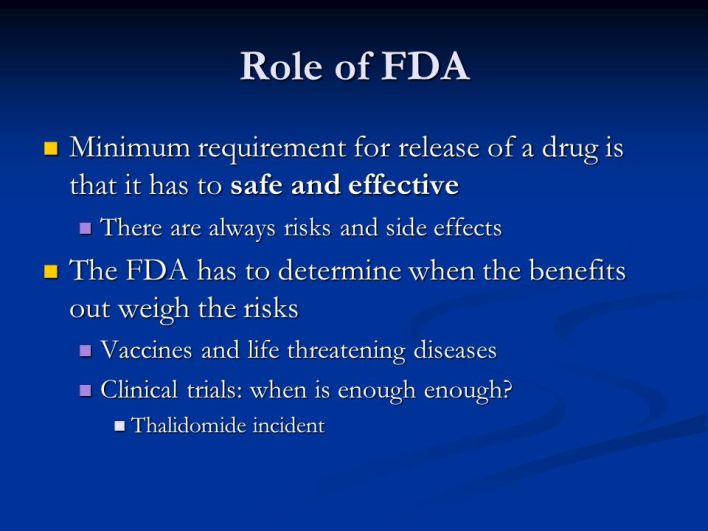 The Food and Drug Administration department is actively participating in the promotion of generic drugs around the world, as it increases the availability of medicine at low prices. The FDA aims to establish a pharmaceutical market in which medicine is available at affordable costs to all. This is one of the reasons why they are involved in promoting generic medicine.

See also  COVID-19: What is the Future of the Manufacturing Industry in India?

Before launching a generic medicine in the market, the medicine must be approved by the FDA, who meticulously review the product and also ensure that the drug meets certain standards applied for the approval of a branded drug. The department takes various steps to ensure safety and quality of drugs before and after it is launched in the market.

Even after the approval of any generic drug, the FDA continues to monitor the medicine’s level of safety. FDA staff continually examine the drug at all levels of marketing to make sure that the products being sold to consumers are safe, effective, and of high quality. The FDA also investigates reports of negative side effects or other negative reactions exhibited by patients to approved drugs. Thus, the FDA plays a major role in providing quality medicine to those who require it, anywhere around the world.

The 2019 Annual Report of the Office of Generic Drugs (OGD) was presented by Sally Choe, Ph.D., Director of the Office of Generic Drugs. In the presentation, she stated that safe, effective, high-quality generic drugs play a vital role in the U.S. healthcare system. Affordable access to medicine is a public health priority, and competition from generic drugs can help reduce prices and improve access that benefits patients, consumers, and health care practitioners prescribing medicines.

It is evident from her statement that generic medicine may be available in the market for the well-being of patients at low costs. She also added that in the year of 2019, 110 complex generic drugs have been approved to be sold to retailers and end-users, including drugs to treat pulmonary arterial hypertension, breast cancer, seizures, depression, and various other infections. These generic drugs must be made available to everyone around the world so that everyone can afford cheap medicine.

On the other hand, branded drugs vary from generic drugs in terms of size, shape, and color – this is usually done to facilitate patent approval, which requires a significant amount of distinction from pre-existing drugs with similar chemical compositions.

Generic medication typically costs about 80% to 85% less than branded drugs. Generic drugs are cheaper because the manufacturer does not have to develop and market a new drug, nor undergo the troubles of researching, patenting, and getting it approved. Generic drugs do not contain inactive components that are added to make them look, smell, and taste better, evidently leading to cheaper production costs.

Yes, Generic drugs are absolutely safe, as they are highly regulated and go through a rigorous review process before they are approved in the market. The Food and Drug Administration (FDA) tests the generic drugs to make sure that the drug is safe to be used by those afflicted with the disease being combated. The FDA only approves drugs only if they meet all the requirements for safe usage.

After the drug has been approved, the FDA will frequently inspect the manufacturing plant where the drug is made and will monitor the drug for any safety concerns. If patients ingesting a generic drug have bad reactions or negative side effects, the FDA will investigate the issue, and the manufacturer may have to change how it is being made or how it is deployed in the human body.

Yes, Generic drugs are as effective as branded drugs, because they contain the same active ingredients and dosage requirements. Both kinds of drugs work in the same manner. Generic medicines can be sold only if they meet the same standards of quality, safety and effectiveness as the original, branded drug.

The size, shape, and colour of the generic drugs and the branded drugs makes them look different.

Drug companies must submit an Abbreviated New Drug Application (ANDA) for the approval of a generic drug that is of the same make as a branded drug. FDA’s Office of Generic Drugs reviews the application submitted by the company to approve the drug to be sold in the market. A generic drug must undergo the following standards to receive approval to sell the product in the market from ANDA (Abbreviated New Drug Application):

It is appreciable that Indian generic drug companies are growing at a fast pace. India is the largest producer of generic drugs in the world and thereby it helps to strengthen India’s burgeoning economy. A survey submitted by Global Business Report has stated that India’s pharma exports have increased by 11% in 2019, which is quite satisfactory. However, the popularity of branded drugs in the market overwhelms the presence of generic drugs.

Over-priced branded medicines in the market cannot be afforded by everyone. So, the Drug Price Control Order (DPCO) has reduced the price of some branded medicines. Despite this price reduction, few branded drugs are still selling at high rates. Thus, the best alternative to these costly branded drugs is generic drugs. The government must promote and market generic drugs in order to make it accessible to everyone.

People must also switch to generic medicines by not believing the myth that generic medicines are of poor quality. Giving more into generic drugs will help them establish a strong presence in the market, which when combined with their cheap prices, will be the foothold they require in the threshold of global pharmaceutical economies around the world.

COVID-19: Buildings in slums of north Mumbai to be sealed