Accusing feminist or anti-racist activists of being angry or excessive is an old rhetorical posture: the practice of “tone policing” consists in discrediting an idea because it is expressed in a too vehement a way. To the point of harming any form of minority expression?

“McCarthyist” , “separatist” , “fanatic”. In a column in Le Monde, Mazarine Pingeot qualifies young feminists as “extremists of mediocrity” and criticises “the reign of stupidity, of mimicry, of the liberation of hate drives”. Signs like “Welcome to Pedoland” targeting the town hall of Paris have repelled part of public opinion.

A few days earlier, on July 7, another column signed by 150 personalities in Harper’s Magazine and translated in the World was concerned to see the movements born of #MeToo and Black Lives Matter threaten the public debate. “As much as we have welcomed the first phase of this movement, as much we want to speak out against the second”, wrote academics, journalists and renowned writers, themselves classified on the left, regretting “intolerance towards divergent opinions, a taste for public humiliation and ostracism”.

These critics claim to embrace the feminist and anti-racist cause. However, all reject a form of expression which they believe has become too “radical”, “excessive” or “hysterical”. The problem would not come from the claims but from the way in which they are formulated, written and claimed. As if rage, frustration and outrage made equality demands unreasonable, inconsistent, even undesirable. This call for civility, for politeness more and more recurrent within the very left, has become emblematic of a concept: tone policing (“Tone polishing”), or a tendency to reject an idea on the pretext that it is exposed in a too angry way. 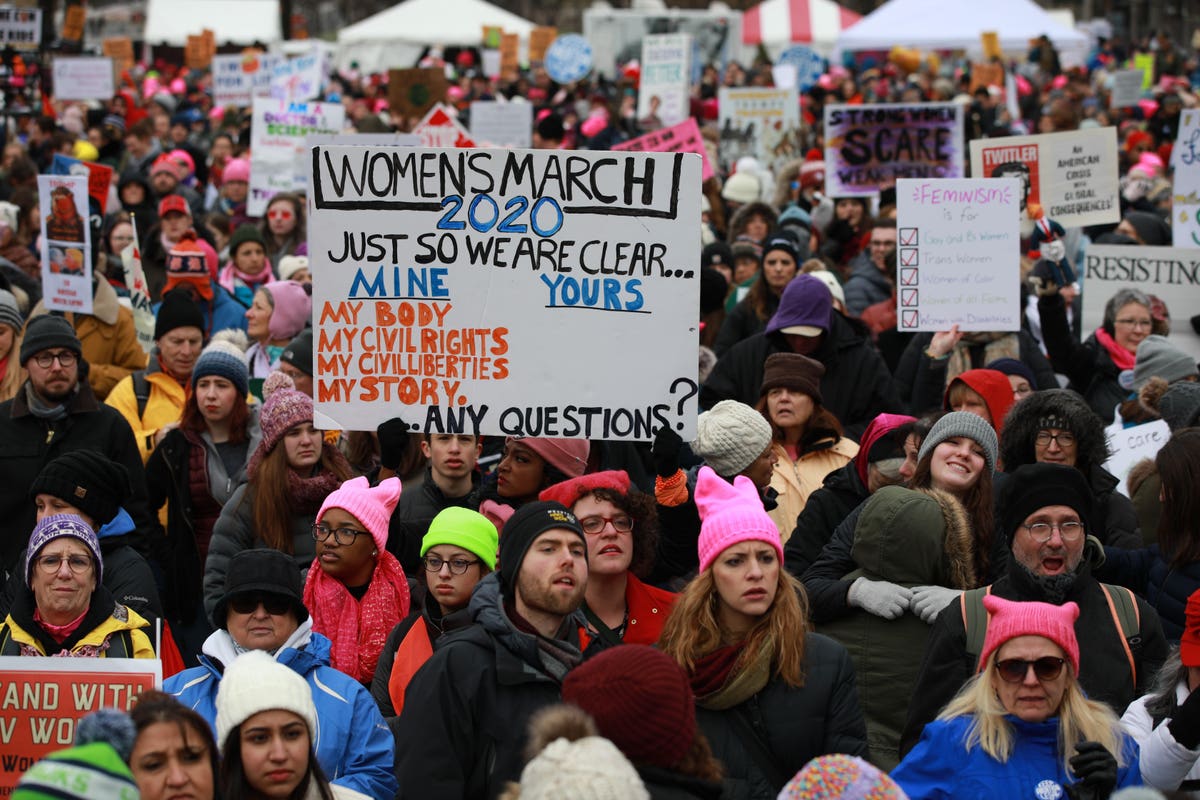 One way to get around the heart of the debate?

“Tone policing has always existed to silence struggles or moderate the people who embody them,” explains philosopher and specialist in feminist thought Manon Garcia. The difference today is that victims of injustice have more means to speak out on their behalf”. According to the researcher at the Society of Fellows at Harvard University, the democratisation of public debate has introduced, in recent years, a militant discourse that is not perceived as “acceptable” by the old canons of the dispute, including those of progressive historical spokespersons for minorities.

As if the denunciation of sexist behaviour could only be admissible when it is expressed calmly, without exaggeration. But is it still a militant word if it is formatted, framed by the rules of decorum if it is no longer intrusive and disturbing? “We cannot ask to be polite to someone who themselves denounces violence or discrimination they have experienced,” said Manon Garcia.

All around the world, one can be ecstatic at the interventions of the American congresswoman Alexandria Ocasio-Cortez on the culture of patriarchy or racial discrimination in the United States (“White supremacy is helped by – and often rests on – the cowardice of institutions”, she writes for example on Twitter), pay tribute to the tenacity of Gisèle Halimi, “the disrespectful lawyer” who advocated a form of feminist radicalism. It is also the gap between the agreed denunciation of inequalities in official declarations and their perpetuation in reality that becomes unbearable and justifies, according to the new activists, the use of shock slogans.

In his speech of June 14, Emmanuel Macron thus denounced the “separatist” abuses present, according to him, within the French fight against racial inequalities and police violence against blacks. A month later, he paid tribute to John Lewis, a figure of civil rights activism in the United States and former travelling companion of Martin Luther King, who died at the age of 80, as Internet users ironically noted on social networks. The same Martin Luther King who, from Birmingham, Alabama prison on April 16, 1963, wrote in a letter: “I almost came to the unfortunate conclusion that the biggest obstacle that blacks encounter in their march to freedom is not so much the white citizen council member or that of the Ku Klux Klan, but the moderate white more devoted to order than to justice; who prefers a negative peace which is the absence of tension to a positive peace which is the presence of justice; who constantly says, “I agree with you for the purpose you are seeking, but I cannot agree with your methods of direct action.”

The famous African-American nonviolent activist recalled that the fight for equality and justice has never been done without a certain radicalism. “We would like anger, but polite, well behaved, which gives a list of grievances, we must admit the existence of a certain register of violence which no longer proceeds from a choice or a calculation, to which it is impossible even to apply the legitimate criterion vs. illegitimate because it is the pure expression of exasperation.”

‘Get indignant!’ Now, we reproach them for being too indignant!

The tone policing, this would actually be the “privilege of the majority” who has the luxury of never being overwhelmed by their emotions, noted sociologist Eleonora Lépinard. In reality, it is sometimes less the tone of the speech than the terms used that are really problematic, continues the professor of gender studies at the University of Lausanne.  In this context, the tone policing would also convey a certain “police” of language, establishing an ultimate barrier to entry into public debate. A rhetorical facility allowing, for example, to better reject the new words of anti-racism such as “radicalised”, “white privilege” or “state racism” and which have recently burst onto the front of the stage.

What if these minority speeches were, in fact, disrupting the majority narrative of a false media controversy to which not everyone has equal access, from TV shows to newspaper columns? This “exasperated, marginalised” population has “no other voice or power than the Internet”, says the historian and professor of literature at the University of California (Los Angeles) Laure Murat in Le Monde. By developing genuinely critical postures on Twitter, by upsetting the conversation, by questioning it even if it means causing an overflow of embarrassment: what is called the calling out (“interpellation”). Rather than covering their ears, shouldn’t we listen to understand why the moral sense of these new activists is so vivid. Youth were said to be politically apathetic a few years ago. Now they are being blamed for being too outraged, for doing too much. Like sticking to a public place in the name of the climate or asking for the resignation of a minister on charges of rape.