According to scientists, the energy used by the jet fuel prepared from food waste can drastically reduce carbon emissions from planes. Most of the food waste that is being utilized for energy consumption, is converted to methane gas all around the world. However, researchers have found a way of converting this waste into paraffin which can be utilized in jet engines. The greenhouse gas emission has been cut by 165 percent in comparison to fossil energy, as confirmed by the authors of the new study. This data is a cumulation of the decrease in carbon emission through airplanes and the emissions that had been avoided when the food waste was diverted from landfills.

If seen from the point of view of the aviation industry, they are constantly involved with a battle of providing to the ever-increasing demand for flying while also taking into consideration the need for the cut down of emissions from this sector. Currently, 21 billion gallons of jet fuel are being utilized every year by airlines in the United States, having demand expectations to double by the year 2050. Nevertheless, the country has still committed itself to cut its CO2 emission by almost 50 percent. A sustainable alternative has been planned on replacing the existing jet fuel in terms of the introduction of battery-powered airplanes for long-haul flights. In the United Kingdom, the government has announced about a £15m competition to motivate companies to come up with their jet fuel from the waste produced from household items.

How Are They Making These Paraffin?
Currently, the method that they are using for making green jet fuel is along the same lines as the method used to prepare biodiesel for cars and heavy goods vehicles. Usually, the process requires the utilization of virgin vegetable oils and waste fats, grease, and oil to make the synthetic fuel. Converting these wastes and oil into diesel is much more economical as compared to the one extra step process of converting it directly into jet fuel, which costs extra. However, now researchers have found a way to turn the food waste, wastewater, and animal manure into a competitive jet hydrocarbon. Currently, the majority of these ingredients, called wet-waste, are converted into methane gas first but now the authors have found a way of disturbing this process so that they can produce volatile fatty acids (VFA) instead of methane. Then the researchers used catalytic conversion to upgrade the volatile fatty acids to two forms of sustainable paraffin. These two forms of sustainable paraffin, when mixed, could blend 70% of the combination with jet fuel, meeting the criteria set forth by the Federal authorities on aircraft fuels. There are also jet fuels that depend on the burning of trash that is usually dry, however, this technique usually works for trash that has high water content, the ones that are usually disposed of in the landfill. 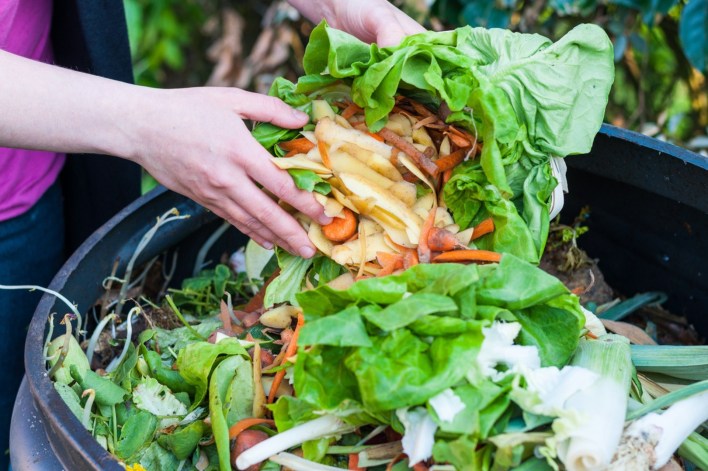 Impact Of This Jet Fuel
It is said that this new fuel is going to have an immense impact on the CO2 emissions as it limits the CO2 emissions from fossil sources used by the airlines and eliminates the methane that would otherwise just bubble up from the landfill if the food waste was dumped.
Another impact or you can say advantage, of this new jet fuel is that it is seen to have produced 34 percent less soot than current standards. This becomes crucial as soot is involved in forming contrails of airplanes which adds warming effect to the CO2 that comes out of the engines.
That is the biggest advantage of this technology that it allows the manufacturing of jet fuel with a low carbon footprint, while also preventing methane emission. It is interesting to note that this very thing cannot be done with fossil fuels as it involves things like offsets. According to the research team, they have planned to increase the production of this new jet fuel and have planned to test the flights with Southwest Airlines by the year 2023. According to many environmental groups, they think that people should just fly less, these groups have been seen to be skeptical about these attempts of sustainable aviation fuels as they involve green-washing.
Now, let’s talk about what does this wet waste includes. This wet waste usually includes everything from your rotten food waste, to your flushed toilet water, to even your feces. It is generally biodegradable and can further generate waste like the methane generated by landfills. It is said that the viable wet waste is sufficient enough to replace 20 percent of airplane fuel, meaning that the wet waste is diverted from the methane-producing landfill cycle. This leads to a reduction in emissions from 100 percent to 165 percent.
This step is a great initiative and steps for the climate and lower emissions, fewer contrails, less cost consumption makes it even more friendly for both the industry as well as the environment.

How is the new second wave of coronavirus going to affect the Indian economy?