In the recent few weeks, the coronavirus cases in the country have been rising on a much larger-than-expected scale. On Thursday, India witnessed over 35,000 new cases in just 24 hours. Maharashtra continues to remain as the leading state in terms of coronavirus cases and some parts of the state have announced localized lockdowns to manage the spread of the deadly disease. Some states like Gujarat, Punjab, Kerala, Karnataka, Chattisgarh, and Tamil Nadu have been reported to have a huge spike in the number of cases, as informed by the data given out by the ministry of health and family welfare.
As we have been observing the spread of the disease outside Maharashtra as well, the risk of the second wave of coronavirus in India is said to be increasing, as said by the Global brokerage firm Nomura on March 17, 2021. According to Sonal Varma and Aurodeep Nandi, who are Indian Economists from Nomura, they said that this might eventually lead to near-term growth concerns and set back market expectations at the time of policy normalization. They are expecting to have negative growth effects that are only going to be marginal because the restrictions put forth by the government are not too strict and sectors like households and businesses are working just fine as they have adjusted to the new normal. According to the Nomura, factors like the success of vaccinations, better and stronger global growth, and unchallenging financial conditions will play a major role in directing towards growth. Although if the cases are going to be increasing at the same rate in the coming few weeks, the government will have to impose stricter guidelines and might also announce possible localized lockdowns, according to Kaushik Das, who is the chief economist at Deutsche Bank. It is said the effect of this will be seen mostly majorly during the April-June quarter of the year 2021. According to the estimates made by Kaushik Das, if the country continues to witness such a spike in the COVID-19 cases, the GDP growth is expected to get relatively lower at 25.5 percent for the April-June 2021 quarter, in comparison to the estimates made by the RBI of 26.2 percent. 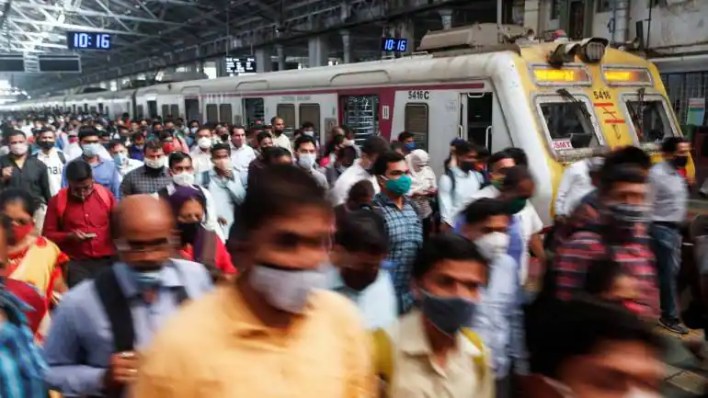 Why Is Maharashtra The Center Of Concern for Everyone?
Maharashtra has been reported to have accounted for almost about 60 percent of the total active cases in India, which is followed by Kerala, which accounts for 11 percent of the total active cases. According to Kaushik Das, Maharashtra makes up about 14.5 percent of India’s overall GDP, therefore if the cases continue to increase rapidly in Maharashtra, the state authorities will be compelled to put a lockdown for at least two weeks in the state and this decision will become the last resort. From March 15, Nagpur in Maharashtra went under a seven-day complete lockdown, it is important to note that many other districts in the state are already taking measures for partial lockdown. Services that involve contacts like cinemas, multiplex, restaurants, and hotels have been told to operate at a 50 percent occupancy and strict rules are to be imposed at shopping malls. According to an analysis made by Nomura, the data for Google mobility for the retail and recreation category, which was going to be available until March 12, has been changed for Maharashtra even though it is different for the rest of the key states. Although a clear picture will come in the market once the states start imposing restrictions according to the number of cases in the upcoming few weeks.
The State Of Vaccine In India
According to Nomura, India has been successful in inoculating about 2.3% of the population in terms of targeting only the senior citizens and people above the age of 45 having one or more conditions. It is said that if India continues to remain at this pace, the country will be able to inoculate about 30 percent of the population by the end of 2021. According to Nomura, three factors are going to help India accomplish its goal of vaccine pivot much earlier. Many vaccines are been prepared and with the involvement of private hospitals, the rate of vaccinations is also expected to rise. 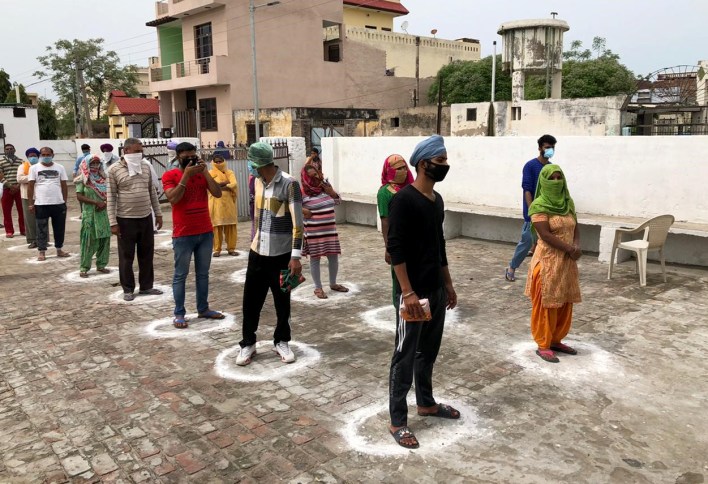 Situation In Punjab
A lot of attention is being paid to the condition in Maharashtra as the numbers are very high, also the fact that it contributes to the 60 percent of the total cases in India, a much larger problem stands in the state of Punjab. Punjab is facing an even more serious issue. The serious issue that Punjab has been facing is the higher death rate in the second wave of coronavirus pandemic. In the majority of the states, including Maharashtra, death rates have been on the low side despite having a surge in the number of cases, therefore, it becomes scary for Punjab and needs to be addressed. It is important to note that in the last two days, Punjab has witnessed the highest number of deaths in the country, following Maharashtra, which is a much bigger state, if we were to compare the two. The state was reported to have witnessed a total of 38 deaths on Tuesday and 35 on Wednesday this week.