That Myanmar has descended into crises is known the world over, and even as the world watches what is unfolding in this country, the situation seems to be intensifying as each day passes.

Despite the fact that U.S. President Joe Biden had warned Myanmar’s military of a reimposition of sanctions, the military has not paid any heed to the world’s strongest country’s leader.
Myanmar has been in the military hold for over a month now, this following the arrest of Aung San Suu Kyi, but the citizens of this small troubled country have shown immense courage as they fight against the military take over. 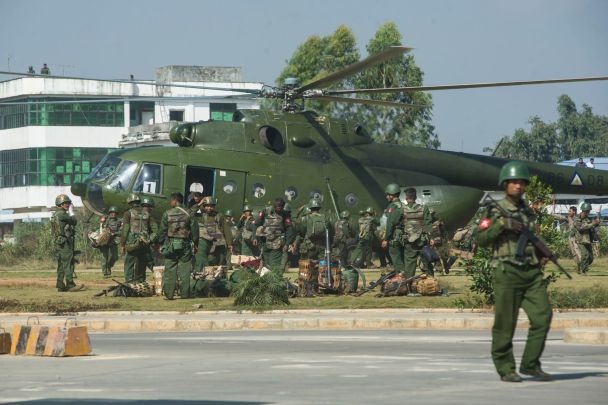 To show its strength, the military resorted to lethal force against those protesting and even opened fire on the protesters, killing eighteen of them; the military crackdown is increasingly getting violent.
In the latest, the military has now taken steps to deploy more force and has also resorted to some very sophisticated tools to manage this coup.

What are these digital weapons?
According to the group (activists), digital weapons are being used to crack down on peaceful protestors; the list of these digital weapons is surprisingly long and was bought by the Myanmar government in recent years, as per reports.
The bulk of the technology was imported from the west, which has now fallen into the military’s hands.

So what are these Digital weapons that we are talking about?
According to the group of activists that bought this to the forefront and shed light on this ‘tech use’- these are passwords that the Myanmar military hacked into, clone phones, track signals, gather social media intelligence, analyze photographs and also process large amounts of data. 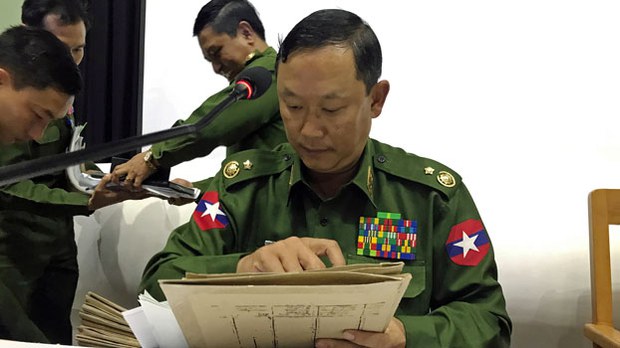 What can these Digital tools do?
The report states that the military has surveillance drones; they have devices to crack i-phones and software that can hack computers and steal content.
While these can be done by many at large and in many countries, the worrying aspect is how technology is being used by a relatively poor tech country’s military for its gain and to silence the protestors.

The report also states that in the last two fiscal years, tens of millions of dollars were earmarked for these technologies, which points to the fact that the military was getting ready and preparing for this big coup.
This tool that has been invested in can mine computers, track live locations of people, and listen to their conversations.

What is the world’s approach to these ‘digital weapons’?
Ironically, it is not so that the world by large is not aware of this; in fact, the United States’ special reportage on Myanmar has called for a global arms prohibition and has suggested targeted sanctions as well.
Along with this, almost 140 NGOS’ from 31 countries have also signed an open letter that calls for the United Nations Security Council to issue an arms embargo on Myanmar.

However, there is at the moment no consensus yet on the world’s stage! 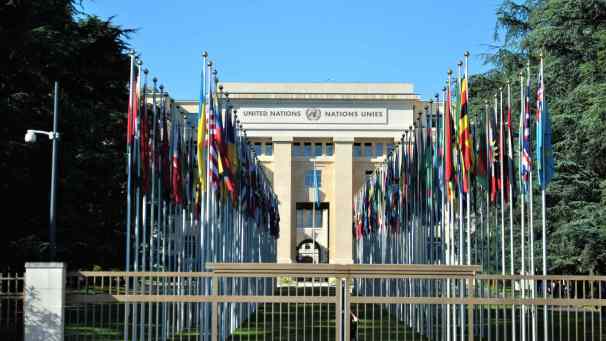 Taking advantage of the lack of consensus, the military continues to stronghold with laws that give it more power, including a cybersecurity bill.
If this bill is passed, then the cybersecurity bill will require internet service providers to store user data at a location identified by the military for a timeframe of three years.

This proposed bill will also allow the military access to users’ personal data and force the removal of any content on demand.
(The above does recap the recent spat between the Indian government and Twitter and other Social media in terms of removing content and regulation) What is the response by the citizens to this cybersecurity bill?
This proposed law has called in vast protest from several human rights groups who have called the cybersecurity bill severely harsh. Such laws, along with the violent and ruthless crackdown on Myanmar’s protestors, have now invited the ire of the rest of the world.

It won’t be long before the military in Myanmar finds itself imposed with strict sanctions – the United States, Britain, Canada, and the European Nations have now implemented ‘smart sanctions,’ but are they enough?

These ‘smart sanctions‘ are reportedly to squeeze the military and its business interests, making it harder for the military to conduct business with the West. Other countries in the region could also follow suit.
The ASEAN nations have also called for Aung San Suu Kyi’s release and for the military to stop the violence adopted to silence the country’s protestors.
The ASEAN has also said that it could provide assistance to resolve the current state affairs in a peaceful manner.

Singapore’s government has also called out on the military to revise its strategy as any sanctions imposed would hurt the country’s people.

Meanwhile, Indonesia has stepped up on its communiqué with the military to resolve escalating tension and has suggested that the military open its doors for the ASIAN block and has underlined that the will and the voices of the people of Myanmar must be respected.

What is happening in Myanmar now?

However, it seems that the military is in no mood to relent and has upped its game even as Myanmar sees deadly clashes despite calls for calm.
As per the latest reports, at least nine persons have been reported to have been killed in the latest round of clashes between the protestors and Myanmar’s military, yesterday. The security forces fired live rounds into the crowd injuring several others.

The civil disobedience movement has continued to organize rallies, even as the military is escalating its crackdown. The conflict is soon turning into a battle as both parties refuse to step down. Protesters and residents have even resorted to barricading their streets in the hope of stopping the military from entering.

However, the show of strength on the military’s part continues as soldiers march into the streets and shooting at people brave enough to film from their apartments. (this is horrifying and extremely disturbing).

Meanwhile, at the ground level, the protestors have started to use fire extinguishers to block the marching soldiers’ vision even at the cost of being shot.

Horrifying pictures and videos have surfaced of soldiers dragging the injured on the roads as they take them away from the protest site, savagely beating protesters to the point that they are half dead, and a large number of people are also being arrested every day only to beaten into submission.

The world needs to strongly condemn these acts of violence done to thousands every day, for this is where the genocide is happening and that too in full view of the whole world.