Japan decided to go ahead and hold the Tokyo 2020 Olympics Games even as Covid – 19 crises loomed over the games; it was a tough decision indeed and perhaps even tougher to make sure that the games were not overshadowed, with stringent measures in place, pertaining to Covid -19.

However, for the Japanese government, the Olympic Committee and the local organizers, it is akin to a nightmare, the worst kind, even as they hope to get through the next two weeks without any further public relations disasters or new Covid -19 cases among the athletes.

To say that the Olympics event is a smooth process would be an understatement, for the truth is that the games have been a disaster from the very start, with many scandals and controversies miring the event. A Big Stumble – let us not joke about the ‘Holocaust.’
Just hours before the official opening event at the new National Stadium, a senior organizer of the event was dismissed for cracking jokes that he had made in the past about the Holocaust.

The firing comes in after it was learnt that one of the creative directors Kentaro Kobayashi, a comedian who had in one of his acts way back in 1998, had made antisemitic jokes about the Holocaust, which included the phrase “Let’s play Holocaust”.

From the very start, the Tokyo Olympics have been surrounded with a lot of negativity, so much so that the deputy prime minister, Taro Aso, had also commented that the 2020 Olympics appeared to be “cursed”. 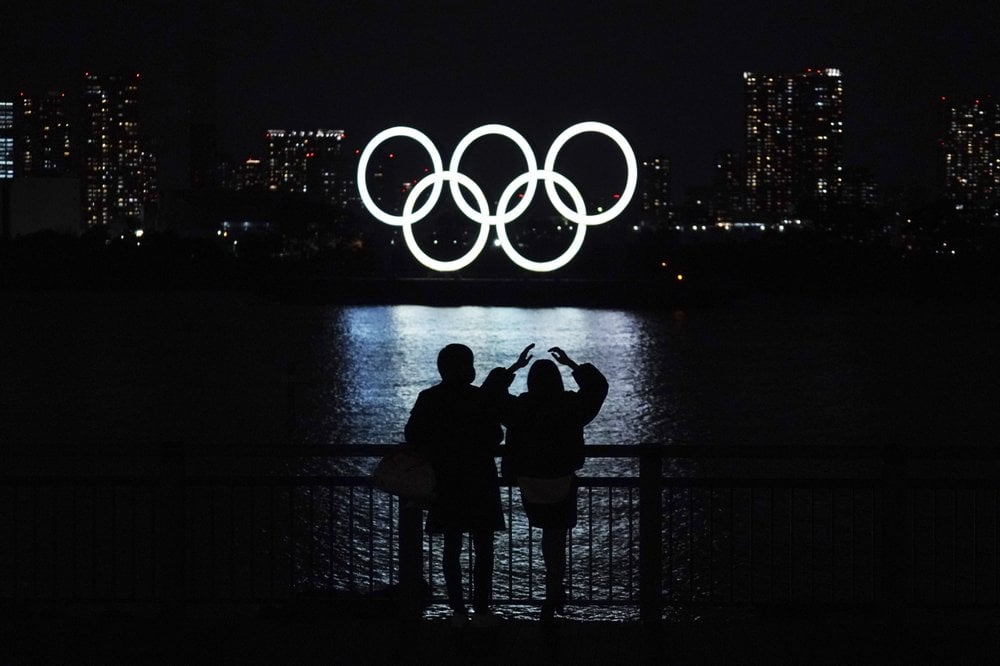 Sexism, Bullying and the Games being “Cursed”
As if this wasn’t enough – the creative director for the music for the opening ceremony for both the Olympics and the Paralympics had to resign after it was learnt that he bullied children with developmental disabilities when he was in his teens.

It gets even more controversial – another comedian brought in for the act after a series of resignations was also shown the door after he suggested that a plus-size female model be dressed as a “Pig” for an event that would be watched by billions all across the globe.

If you thought that the ‘sexist’ innuendoes end here, you would be wrong! Here comes the most absurd of them all – the former prime minister, Yoshiro Mori, who was the head of the local organizing committee, handed in his resignation after declaring that the committee meetings with women always ran on for too long. 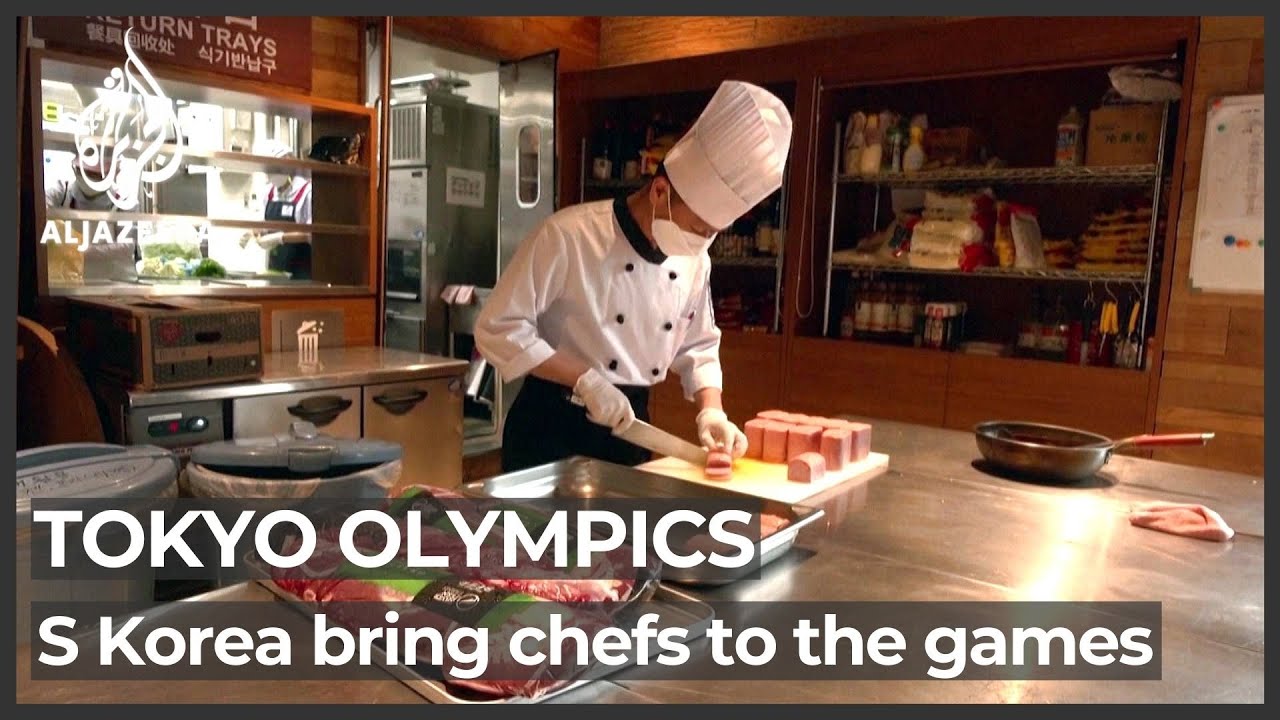 South Korea’s anti-trust vote on Japan
The latest in the long list of scandals and controversies in South Korea’s anti-trust vote on Japan over the food that is being served to the South Korean Olympics team.
The latter has refused to consume the food being served in the Olympics over fear of contaminated (radiation) food and have gone as far as to rent an entire hotel, with their own chefs (14) and ingredients flown in to cook their meals.

So much so that all the meals served to the South Korean teams are being checked for radiation. South Korea has its own radiation detectors in the kitchen to do so.

The fear stems from the notion that the South Korean athletes will be served food grown in the region of Fukushima, the region that was hit with the nuclear disaster that happened in 2011. The food is cooked in a hired hotels kitchen twenty minutes away from the Olympics Village, and every ingredient is checked for radiation.

In its defence, South Korea has stated that since the weather in the region is quite hot, they have to be extra vigilant that the athletes and delegates don’t suffer from food poisoning.

Japan sees Red over South Korea’s concern.
Japan has not taken too kindly to South Korea’s concerns and its move to distance itself from the food being served by the Japanese and the suggestion that they might be fed with radiation-contaminated food grown in Fukushima and have gone to dismiss the concerns of the South Korean team.

Incidentally, even before the ‘food issue’ came up, a Japanese politician commented on the behaviour of the South Korean team. The above incident is just the tip of the iceberg. It indicates the long history of distrust between Japan and South Korea. Hence, the incidence of both countries being at each other’s throats at the Olympics is no surprise at all, given the history between the two nations.

A couple of days ago, the South Korean team sparked controversy over some politically charged banners. They hailed the Japanese flag “the rising sun” from their balconies. The rising sun used to be the official flag of the imperial Japanese navy and is the same force that had colonized the Korean peninsula before the second world war.
And the hoisting of these banners by the visiting South Korean team is seen as an indication that “South Korea” hasn’t forgotten their history.

A decision to hold the Tokyo Olympics in empty stadiums was made to contain and avoid Covid -19 infections. However, as it turns out, four athletes and ten support staff have tested positive for Covid -19, which brings the total number of cases for those associated with the Olympics to 87, with at least three of the cases detected within the Olympic Village. 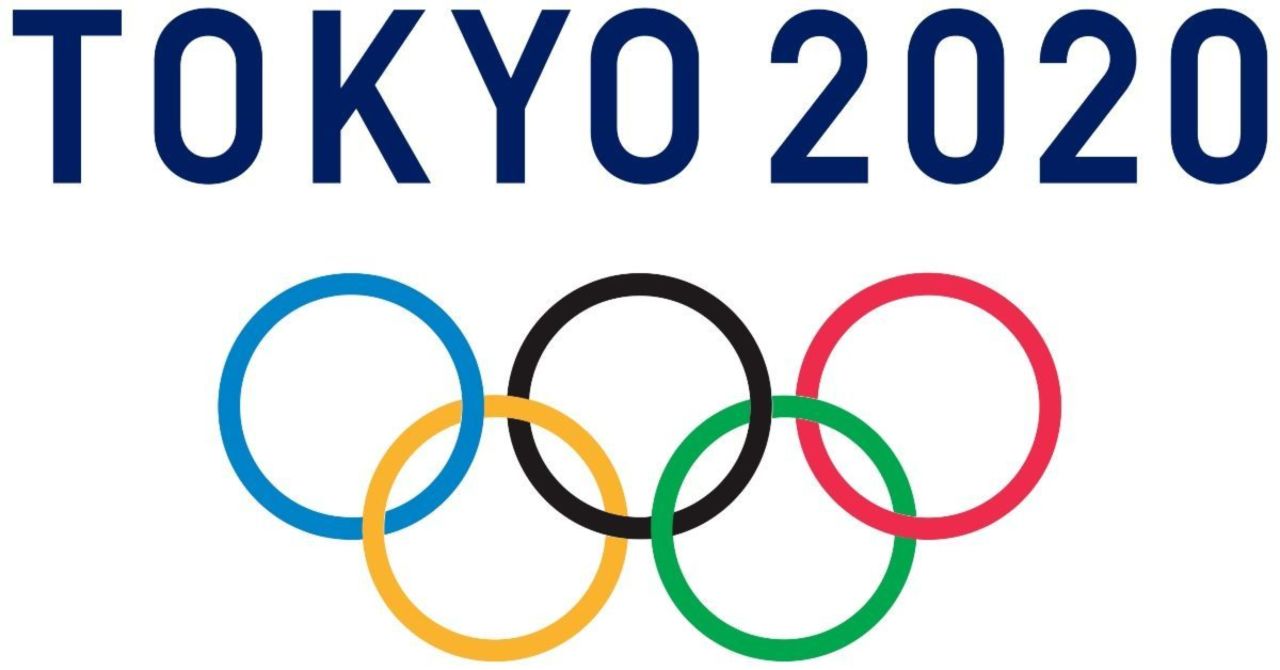 It is not only the Olympics where the cases of Coronavirus are rising, but the virus also continues its run even amongst the Japanese public, and the majority of the cases are being attributed to the more virulent delta variant.
The authorities on Wednesday reported 1832 new cases in the capital, Tokyo, the highest single-day figure since mid – January and an up from the previous week cases.
Experts have cautioned that the situation will worsen and have estimated that Japan might see 2600 cases per day while the games are still on and may put the countries’ medical facilities under tremendous pressure.

Blame the Weather –
As if it was not enough with all the controversies and scandals surrounding the Olympics games, another bugging factor contributing to the crises is the weather!
It is hotter and more humid than average for this time of the year in Japan, and this could be another potential hazard for the athletes, organizers and volunteers at the games.
City Officials are issuing warnings every day about the heat and advising people to drink plenty of fluids, making it much more challenging for the competing athletes.

Japan is most likely scratching its head and wondering if it was better not to have hosted the Olympics event at all, given the circumstances and the many scandals and controversies that have come its way while hosting this much prestigious event.

Is the Reserve Bank of India losing its grip on the 10-year bond? The latest auction iterates a descriptive story-