The economy is undergoing a significant change and a number of discussions are going on about the shift in fundamentals. However, these fundamental shifts are not limited to the people’s side of the story only, as made clear by the recent auction. The 10-year bond which once used to mark the pride of the bond market is now losing its aura, for the Central Bank is letting go of its tight grip on the security.

But, what is so special about the 10-year bond? Why are we talking about it specifically? 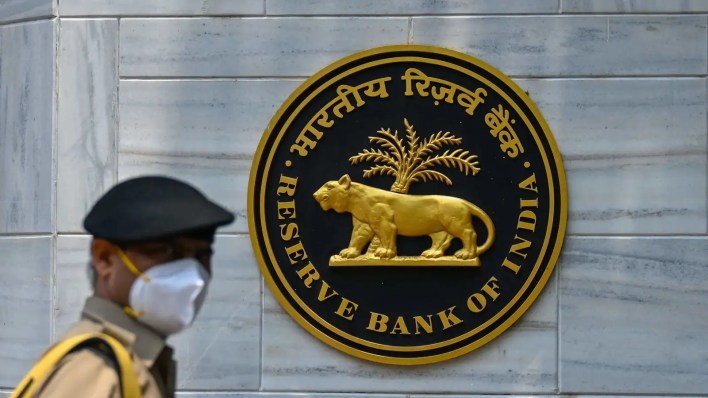 Well, what’s special with the 10-year bond is the 10-year bond itself. It is because this benchmark government security has traditionally been a very important credit tool, and is the most liquid security in the secondary market. It has single-handedly been the value setter for a lot of credit documents, and that is why it made sense for the market to hold this bond as the prime leader. But the recent auction event had a different story to tell. The prided bond in the portfolio is witnessing a fall down the reign, for the past few months.

To give you a hint of what we mean by saying fall in the reign, allow me to draw your attention to the fact that the bond that was once transacted in voluminous amounts on an everyday basis, is now exchanging devices only once or twice during the day. The hassle of the secondary market every day makes this a rather disappointing and concerning point. Thus, this change in the trajectory of the once-esteemed security has become a matter of discussion, prompting questions like why and what next.

Let’s answer the why first.

Why did the 10-year bond lose its status?

The answer to that question would require us to take a look at how the Reserve Bank of India has been playing the yield of the security for some time now. Per its latest announcement, the reserve bank has been pretty fixated on maintaining the nominal interest yield of the 10-year bond hooked close to 6 per cent. However, looking at the record and results, it can be said that the fixation was rather single-minded since the repercussions were not accounted for, at all. The repercussions in question are that the central bank collected, or rather bought, huge quantities of the 5.85 per cent 2030 bond. This purchase was undertaken via open market purchases, special open market operations and secondary market interventions.

A little back story about these 5.85 per cent, 2030 bonds- the paper being referred to recently gave up its benchmark position to another 10-year bond, which we refer to as the 6.10 per cent, 2031 bond. However, if you’re wondering the new addition led to the fall in the significance and position of the 5.80 per cent, 2030 bond, well, there’s one other thing to note.

See also  Various politicians, companies, and activists are targeted by a secretive industry - See How India has become a hire-for-hack place for other countries

The fall in reign for the 5.80 per cent, 2030 bond started happening long before the introduction of this new one. It not only lost its position as tradable security in the secondary market, as explained above but also its grip in the market.

To see this, consider the bid-cover ratio. This metric is primarily used to assess investor interest and is generally said to be above par at 3 times or higher. Especially since it is derived by the division of competitive bids from the notified amount, it only makes sense for the number to have an at par metric beyond 3. The results this time, however, was close to 2 times, implying a lack of interest amongst investors, again, not a very healthy sign for the security.

Can we hold the Reserve Bank of India responsible for it?

Well, to be fair, the answer weighs more towards the no. The central bank, all this while, was merely doing its job in the harsh times that the pandemic presented in front of us. The primary target that the Reserve Bank of India had set for itself was to make sure the yield of the security lies close to 6 per cent, which it had been successfully able to do, despite the increase in inflation beyond the optimal brackets.

Not only that, the mounting government debts due to the required fiscal response in the pandemic, along with a hefty supply of sovereign debt, were also key problems that the monetary institution had in front of us. However, it fared through them quite well since the yield stuck around the desired limit of 6 per cent.

The problem, however, happened with the fact that this approach got too single-minded. It is because the central bank predicted a pattern of other points in the curve to be similar to that of the yield. Well, turns out it didn’t quite go as expected. Let me go into a little detail to explain what this means.

The 10-year yield curve is primarily a measure of investor sentiment. So, it more or less gives you an idea of future interest rate changes and economic activity. Now, a higher yield curve represents a higher demand of high-risk, higher reward investment patterns. Therefore, the agenda that the bank had been to primarily keep the point depressed, followed by other parameters in the expected manner.

So, the bank did what it had to. It kept interest rates around the target and bought the securities in the market to provide liquidity, a process we refer to as quantitative easing.

Now, where it all went haywire is when the reserve bank held about 67 per cent of the total outstanding amount on the 5.85 per cent, 2030 bond. Primarily, think of it as the fact that all traders had in the market to trade, or even short, were the leftover. The amount was way too negligible for them to trade, and the conditions were way too volatile to bet against the bond. What this essentially did was result in losing the interest of the market players on the specified security, drawing attention to the 5-year benchmark 5.63 per cent, 2026 bond and the 14-year, 6.64 per cent, 2035 bond.

“The 5.85 per cent, 2030 bond has completely stopped trading and even the new 10-year paper is lagging behind the 5-year bond and the 14-year bond. There is absolutely no interest in the 10-year bond. It seems after the last auction that RBI does not want the 10-year to become a dead paper again, perhaps they will be a little more tolerant of yield drifting up rather than putting so much of the bond in their book,” said the senior treasury official and expert.

So, how are we moving forward?

Even though the bank had been able to stay on record of the targeted yield, despite a number of hindrances named above, one thing that has been revealed through the process is that this limit was not too realistic. Primarily, the supply-inflation metrics that have been presented forth show that the realistic yield rates would be higher than what they’ve pushed till now. This is why the new 6.10 per cent, 2031 has been readily accepted by bond dealers.

So, to be specific, the Reserve Bank has, in fact, made it evidently clear that they’re letting go of their grip on the 10 year 5.85 per cent, 2030 in the recently held maiden auction.

To be fair, we could have expected a higher coupon rate on the 6.10 per cent 2031 bond, but well, there’s still some central bank nudging that comes underway. What is important to note here is the fact that even though the bank doesn’t publicly state its desired limit, the record shows that there has been an upward revision in the desired limit. This was inferred from the recent auction that we mentioned which gave people in the market of how the Reserve Bank is playing out in terms of these treasury bonds.

This comes in terms of the INR 11,144 crore delegations of the 6.10 per cent, 2031 bond on primary dealers undertaken by the Central Bank in the maiden auction, out of the total INR 14,000 crore bond amounts for sale. This is a pretty considerable amount, showing the bank’s inclination towards the latter one, evident of the easing grip of the bank on the 5.8 per cent, 2030 bond.

The cut-off yield advocated by the bank was 6.15 per cent, and the drift since then has been rather close to it only. It has been explained by experts that unless the bank doesn’t include purchases of the 6.10 per cent, 2031 bond in its upcoming quantitative easing appraisals, the yield rate could go as high as 6.20. It has been evident that the Central Bank is not too comfortable with the number. However, it cannot be denied that the bank has had a change in approach towards the desired level. And well, this answers the question we posed at the beginning of this discussion. What unfolds next would be an interesting feat to achieve.