The oxygen supply shortage is uniting the efforts of the Indian citizens, well it turns out that they are more conservative in their strategy than the erudite government. Amid the current scenario depleting with surpassing day, a gurudwara in Indirapuram, Ghaziabad took the initiative in its entirety to help the Covid-19 sufferers. The Gurudwara Administration talks about commencing an Oxygen Langar for the delusional people whose interests have been exploited throughout the Covid-19 pandemic.

Stories and initiatives like this show how much commendable effort the communities across India are willing to do, for their fellow partisanship. The Covid-19 crisis has gripped Delhi-NCR, and an indication of it has been tormenting in the prestigious hospitals. Indirapuram turns out to be the first synopsis where the masses have given their cooperation to extend their support to the ailing individuals. The Shri Guru Singh Sabha Gurdwara, Indirapuram, along with an NGO, Khalsa Help International, sought the idea when they saw a long quest of patients augmenting the struggle, and were in dire need of oxygen.

The astounding journey of the pandemic has seen people come up to support the disruptions in the facilities’ supply. Whether it was a man from Mumbai who sold his Rs.22 Lakh Car to initiate a social platform for providing oxygen or the Oxygen Langar, organizations have stepped up their gear to hand in their favor of delivering the services to the hospitals and the localized community.

Fortunately, we don’t have to rest or stretch our lines of pain and agony to the government, otherwise, we would have been left untethered. Keeping that in mind, the Gurudwara service members made arrangements to provide oxygen support to patients who were unable to get out of their cars. It ascertains that a convenient supply chain gets implemented, and people could evade their way out of respiratory problems. We wish albeit a little too soon these communities would have come up.

Gurpreet Singh, the head of the Gurudwara committee, said that the Covid-19 situation has become vulnerable to many as they wander on the roads to arrange for oxygen cylinders. He asserted that they came in the purview of the situation when they read about the hot-heralded scenario of oxygen blockage in Delhi. How could the supply be reimbursed to the patients is a question.

Mr. Singh asserted that with the help of volunteers, we are providing oxygen support to the sufferers. One of the breakthroughs in the whole initiative has been that there is no time consideration, and people would get the oxygen supply free of cost. The Sikh Community’s efforts are viable and more so encouraging when hashtags like #FailedModi_blamingfarmers are swaying the internet. They show that with the unification of combined policies we can pave our way out of the difficulty.

Moreover, the coverage over the media has been a positive one and the citizens have lauded the endeavor of the Gurudwara committee in taking the matter into their hands. It is becoming paramount that these organizations showing more assistance measures than the government has integrated over the past few months. Private hospitals are charging absurd amounts for the usage of money, while these people continue to work free of cost. Mr. Singh and his team’s efforts will give the slightest relief to people from East Delhi, Sahibabad, and Other parts of Ghaziabad. People are rushing in huge numbers as they seek survival, and the magic is wandering within their sights.

The unviable condition has left people stranded in finding a particular supply of oxygen for their acquaintances. In parts of Delhi, gigantic hospitals are left with minimal oxygen supply, and in consideration of this, the Oxygen Langar is a big step up towards Incredible India. Such has been the case of the majority of the helm of Delhi. Sunita Seth, a Delhi-NCR resident said that her husband required an urgent oxygen supply, but she wasn’t able to get over the pillorying repercussions.

After hours of strangling, she came forward to the news of oxygen facilities at the gurudwara. She expressed her gratitude towards the committee members for coming up with a profounding way to combat the respiratory issue, which can often lead to worst-case scenarios of death and dismay. 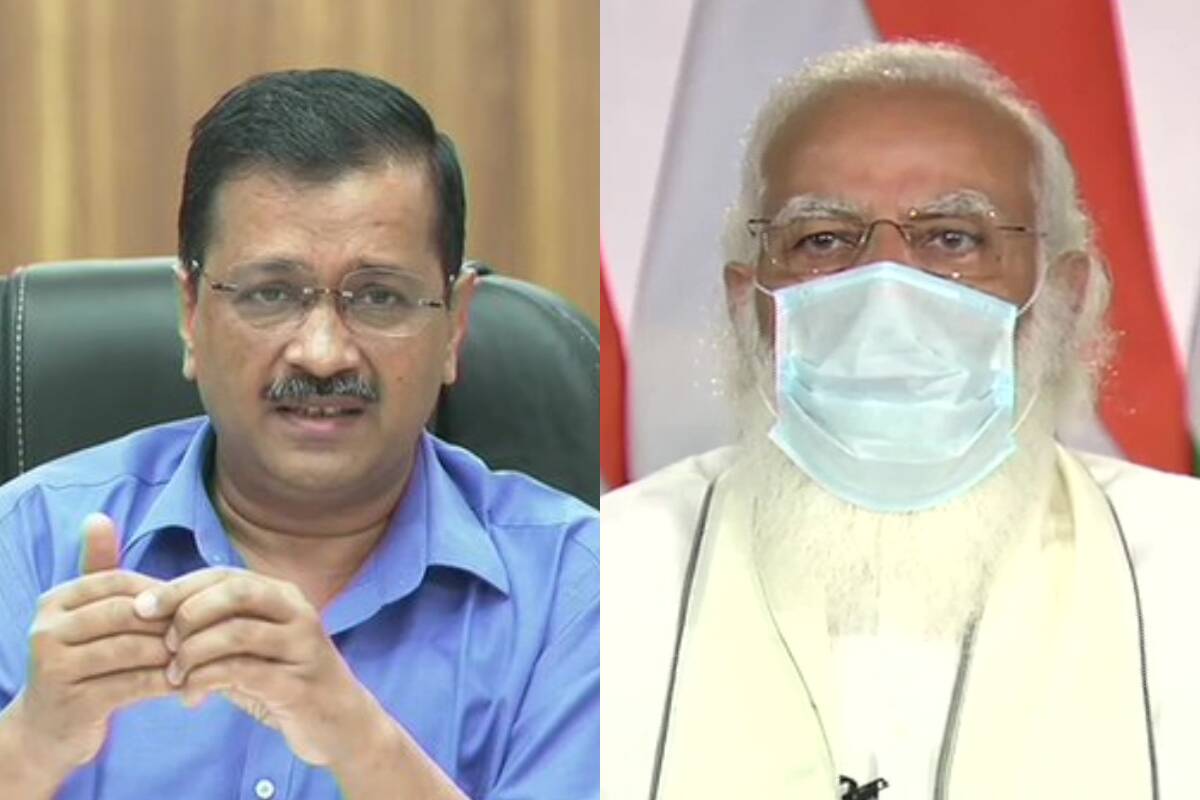 Story of A Mumbai-based Man

The community alliance to help the citizens in the adverse times does not hold true in Delhi, but an inspiring story of a Mumbai-based man would shred you in tears. Surprisingly, momentarily when several parts of the country are reporting a harrowing shortage in oxygen supply, the valiant efforts of organizing are rigorously working towards saving a million lives. Shahnawaz Shaikh, the man behind the lifesaving initiative, sold his SUV Ford Endeavor last year to embark on an oxygen supply scheme. It today has become the appending lifesaver for the lanes in Mumbai.

Mr. Shaikh has upraised his stature as a superhero for the people in Malavani, Malad commencing the Unity & Dignity Foundation. His story is an inspiring one and gained momentum and attention when he bailed the self-less attitude by selling his car. Sometimes all you need is a kick up from the cracks to augment an initiative that has now saved the lives of thousands. When there is a dire shortage of supply, the callers have comparatively increased from 50 to 500-600 this year. Mr. Shaikh told in an interview that his primitive concern was to uplift the problems in his localized area, but he didn’t that so many people would reconcile his strive on social media pages.

Astonishingly, people like him have turned the tides of suffering families while the government sits hand tight without giving any cooperation. Why have we lauded so much appreciation and appeal to the leaders? It is the question that we have been scratching through months during the pandemic. IFS Officer Sudha Ramen came in support of the team and expressed her gratification. When the politicians, policymakers are indulging in playing war of words in the housing meetings, these heroes, building up the crippling need of the citizens.

The man behind the cooperation entitled his journey as a troublesome one in the initial phases. He asserted that earlier, his organization didn’t cooperate whole solely due to a lack of funding. His thoughts would motivate monumental organizations to sacrifice their well-being for the welfare of the nation. “I thought things like my SUV cpuld be bought again. What is important right now is to help others,” Mr. Shaikh said to the reporters. 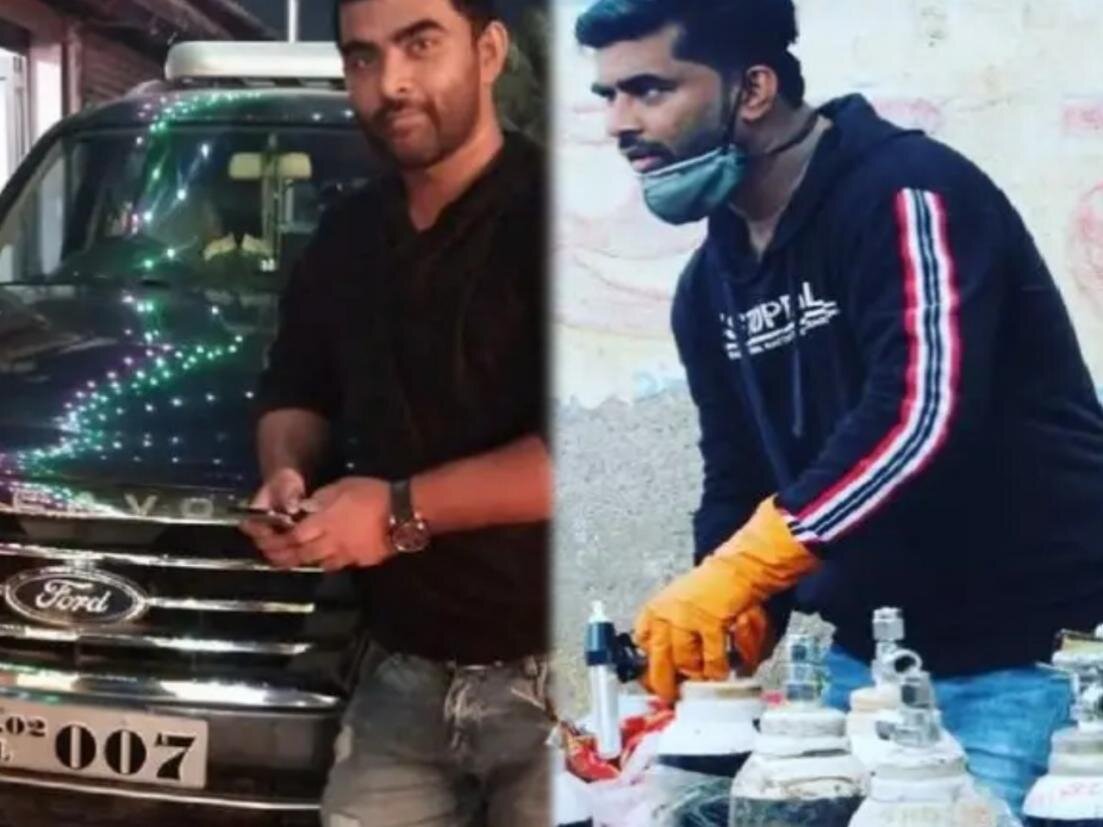 Why has the resurgence of such organizations highlighted a drastic synopsis?

Every day on social media pages, we see people urging for oxygen supply, plasma donors, and ventilators. It has become a vanquishing story where people are riggling through and pleading with the authorities and the suppliers of an oxygen cylinder to assist them. With organizations incepting oxygen cylinders even when their interests lie elsewhere, it raises eyebrows how the synopsis turned so drastically. The highlights of the shortage became prudent when the government’s authorities fearing skepticism tried to provide ineffective solutions to the stumbling block.

The pandemic is raging a clinical dilemma, and the hospitals are turning away the patients due to negligible facilities available. The hospital infrastructure’s brunt is not showing signs of improvement and with media houses alleging wrong accusations on the way it is becoming increasingly deepening. Momentarily, the urgent requirement is uniting the citizens together as they coordinate their bid to sort out the forbidden responsibility of the government. Distinctive industries ranging from steelmakers to refiners to logistics are strengthening the base of their respective companies to enhance the Production and refilling of oxygen supply.

Meanwhile, the government is claiming to inaugurate the Oxygen Express in collaboration with the Indian railways, but it does not divert attention towards their hindrance until now. It even signifies more perplexion on the fact that whether the forecasting supply would be equitable across Indian states of Delhi and Maharashtra will continue to appeal to the Centre for the shortage.

The dissemination got highlighted at yesterday’s meeting when the Chief Ministers remained affirmed against the Centre’s lack of an imprudent attitude towards the whereabouts. A dozen of companies have upgraded their assistance to the plea of the nation. Let’s cover how they are planning to extend their hand by retooling their process in the next segment of the article.

How are the Companies Lending their Support to the Oxygen shortage?

Jindal Steel and Power and Vedanta Group have cut down oxygen for their use and restructured their supply to voluntarily supply to the regional hospitals facing exhaustion of oxygen consumption. The Maharashtra government is pleading its request for concentrators and Allcargo Logistics has allocated around 500 oxygen concentrators from Singapore. The constant development of dynamic cases has left the industries to cut their production as per the directives of the government.

It was tantamount that organization used their emulsifying resources to have a profound influence. India’s healthcare service providers are reaching a no return point with hospitals ignoring to take any more patients due to the overload and extensive use of beds and oxygen supply. The government as of last week issued a notice to the states to divulge their funds in building and expanding the oxygen manufacturing plants. But with the situation already going to irreplaceable and irrecoverable terms, it would be difficult to strengthen the base with demand increasing within hours.

After observing the troublesome moments of many citizens, a dozen of companies including the likes of Reliance Industries Ltd, Tata Steel Ltd, Indian Oil Corp. Ltd, Bharat Petroleum Corp. Ltd, and JSW Steel Ltd are freeing their oxygen concentration from combustion to make it easier for citizens for efficient use. We would urge the helping hands to circulate the news about available resources. India’s helpline numbers have been swirling all across the states as the current scenario has upraised the levels of efforts getting jotted together to rescue people’s lives against the virus. 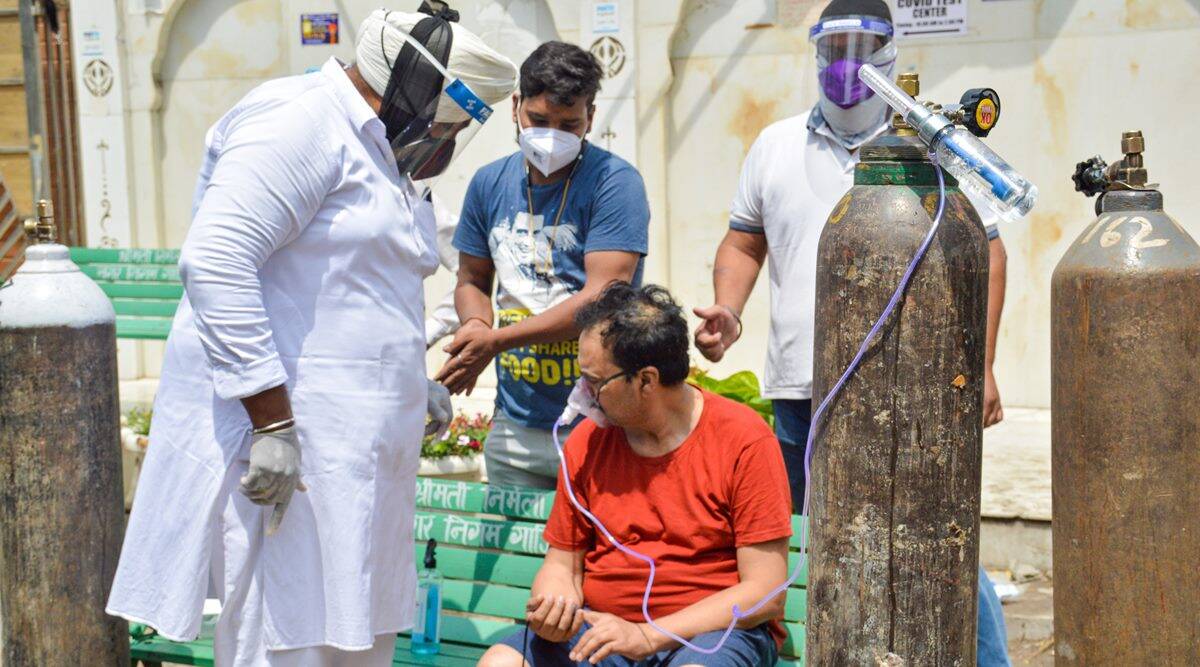 The Urge to Stay Safe As the Woes are Worsening

The organizations are working tirelessly towards conspiring with our burdens, and the urge of staying safe is even more paramount. People across India get striving to survive from the deadly virus, and the lack of efficient infrastructure and progressive policies has led them even more scared. While the policymakers remain under the cosh of stagnancy, we should combine our efforts in improving the situation as a united entity. Otherwise, we won’t be hindering away from a day of grievances in our lives.

Dr. DK Baluja, Director of Jaipur Golden Hospital, cried in agony against the system for not being a proliferation of improving the oxygen shortage in India. We confidingly proud citizens of India; don’t want somebody to die because they haven’t got securely treated. Our urge to the citizens is to follow the protocols and not get misguided by the lack of initiative from the government. The helpline numbers are available on the social media platforms as these organizations place the final dice on the plate to procure our situation in congruent hands in the future. The government’s effort might improve for good as they look to retrieve the shame of not handling the crippling Covid-19 crisis in the first place.

UP Government Under Yogi Adityanath Downgrades its Authority to A Menacing Level; Action Against Citizens Under NSA for Spreading Rumors about Oxygen Shortage.