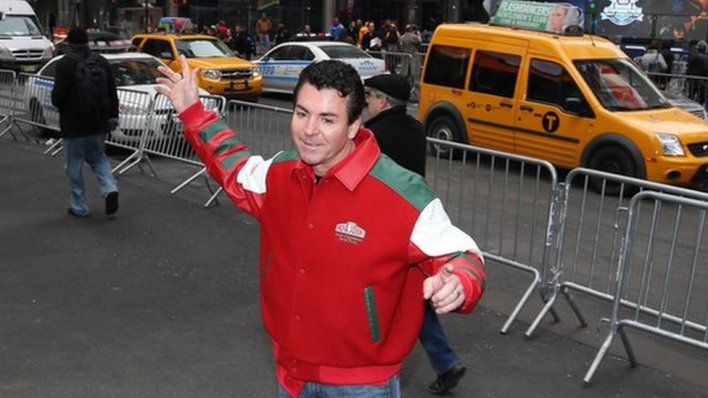 Papa John’s founder John Schnatter has stepped down as chairman of the company’s board after apologising for using the N-word in a conference call.

The pizza chain founder used the racial slur in a media training session in May, according to media reports.
Mr Schnatter resigned as the company’s CEO last year after criticising the NFL over players’ national anthem protests.
In a statement on Wednesday, the company said it condemned “racism and any insensitive language”.
It later said it had accepted Mr Schnatter’s resignation and that a new board chairman would be appointed in the coming weeks.
Trump donor Mr Schnatter stepped down as chief executive of the company in 2017 after he criticised the National Football League (NFL) for not containing national anthem protests at American football games, which he said were hurting his firm’s sales.
Players had been protesting against the treatment of black people in the US by kneeling during the national anthem.
President Donald Trump had also criticised the players for the protests and pressed the NFL to ban them.
The latest announcement follows resignations in other big companies due to racial bias in recent months.
A senior executive at the ride-hailing firm Uber resigned this week following an investigation into how she handle allegations of racial discrimination at the firm.
Last month, Netflix fired its head of communications over his use of the N-word.
Source: BBC

See also  Kylie Jenner becomes the youngest ‘self-made’ billionaire at the age of 21 and we could not agree more!