As UPI 2.0 is knocking the door, many functionalities such as collect payment requests, invoice/bill attachment, signed intent/quick response code, overdraft account, and Aadhaar-based payments have been expected to get introduced.
The much-awaited feature which was slated to launch this month had been debated over different issues. Aadhaar-based payments was one of them. Now the feature may not be continued in future as NPCI has asked all banks to remove ‘Pay to Aadhaar’ functionality from UPI and IMPS feature.
The umbrella organisation for operating retail payments and settlement systems in India had issued a circular to all member banks to discontinue 12 digit biometric payments option both as remitter and beneficiary by 31st August 2018.
“Aadhaar number is a sensitive information and the revised framework about its usage in the payment landscape is still evolving,” mentioned the circular.
The decision was taken before the steering committee in a meeting held on July 5. The steering committee comprises 18 bank and non-bank payment platforms, including the State Bank of India, Citibank, HDFC Bank, Paytm Payments Bank, Airtel Payments Bank, and several others, reports Financial Express.
Since the announcement of the new avatar of UPI, the move was welcomed by individuals as well as businesses as it promised to ease payment between the two. Additionally, it is expected to increase the use case of UPI by doubling the transaction limit to Rs 2 lakh and several other features.
However, a separate report claimed that the upgraded version of UPI may not woo users as it lags in some cases such as ‘standing instruction’ (recurring payments from the user’s bank account towards loan/bill payment after a specific interval) and “block functionality”.
Presently, about 90 per cent of UPI-powered transactions is peer to peer with a little usage for merchant payments. With Aadhaar being removed for security reasons, let’s see how UPI 2.0 solves the pain point of merchants as well as individual users.
Source: Entrackr

One year after massive takedowns, dark web marketplaces are thriving 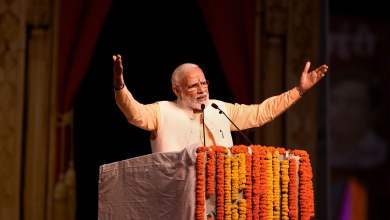