The pandemic of 2020 iterated a different story for Rural India and as the official reports by NSO gave about, the rural sector being the economic savior was all everybody could talk about. And how can we not? At the time when value added contracted for all significant sectors ranging from manufacturing to construction and mining, agriculture sector not only reported a positive productivity but also one of the strangest outcomes in the longest time. Strange because every time the country has reported a negative gross product, droughts in the agriculture sector have been the drivers for it, primarily because agriculture still forms the broadest economic sector of the economy.

At a time when production tanked in every sector, what led to agriculture standing out?

Agriculture sector becoming the economic saviour is actually a pretty interesting story, with some thoughtful actors determining the plot. Sit tight while we go through reiterate this story, together. And while we do that, you may realise why this saviour may not save the economy this time around.

We have to main actors- supply and demand. Both of these actors played their role significantly to emerge as one economic saviour at the end of the day. Let’s know their story one by one.

While the world was harsh to us in 2020, the nature chose to be a little kind with respect to considerable rains and prolonged monsoon season. With around 55 percent of India’s arable land significantly dependent on rain, this higher than average monsoon season was a good news for reservoirs, groundwater tables, aquifers and eventually, the resultant bumper harvest.

Another thing that allowed the supply side to maintain its strong stance was the exemption of all agriculture-related operations from the nation-wide lockdown because of their inclusion under essential services. While this virtually saved the sector from the economic crackdown, the relieving fact is that the impact of epidemic was not much on the rural India either.

The major contributor is the rural India’s unwavering resilience and adaptability to materialize any bad situation in their favour, simply because this wasn’t the first figurative pandemic for them. Remind me why we’re so busy idealising the rich of the country?

Well, this was the weaker player of the story. With discretionary consumption at a terrible low and all economic activities like hotels, shops, restaurants, weddings et cetera at halt, the demand for agriculture produced bumper harvest was immutably low. This demand destruction was countered by a steady government response in the sector with two-fold approach- The enhanced state crop procurement. It ensured that the harvest produced by the sector does not go in waste through purchase of buffer goods like wheat, paddy, chickpea, tur and others at the minimum support price. As per data released by government sources, Rs 13,000 crore was spent on the procurement in the initial lockdown months. As situation eased with unlocks, the demand side of the story started to recover, even though not entirely especially because the discretionary consumption remained a little below normal.

Another contributor to the strength of this actor was the early instalment of the PM-KISAN scheme given to the farmers as direct transfers. This played a very significant role in infusing liquidity in the sector and to ensure change of approach in the agriculture sector from precautionary motives to save to discretionary consumption in terms of their natural spending on farm products and needed resources.

The rural employment guarantee scheme was also a significant liquidity infusion player in the sector and resulted in notable support for the sector in the crisis, so much so that economists and businessmen demanded an urban MGNERGA scheme at their dispersal. This brings me to a rather important question for you- had the government been more proactive in their response in other sectors with respect to direct transfers and other benefits like unemployment insurance, would the situation have been different from what we’re witnessing in the contraction numbers today?

Eventually, the unlock phase induced price recovery played a significant role in revenue realization and sales of agriculture commodities, more specifically the bumper produced Rabi at the time. The stock purchased by the government also aided in the public distribution system during the lockdown, which, as official sources claim, has been a considerate aid for the needy during lockdown. 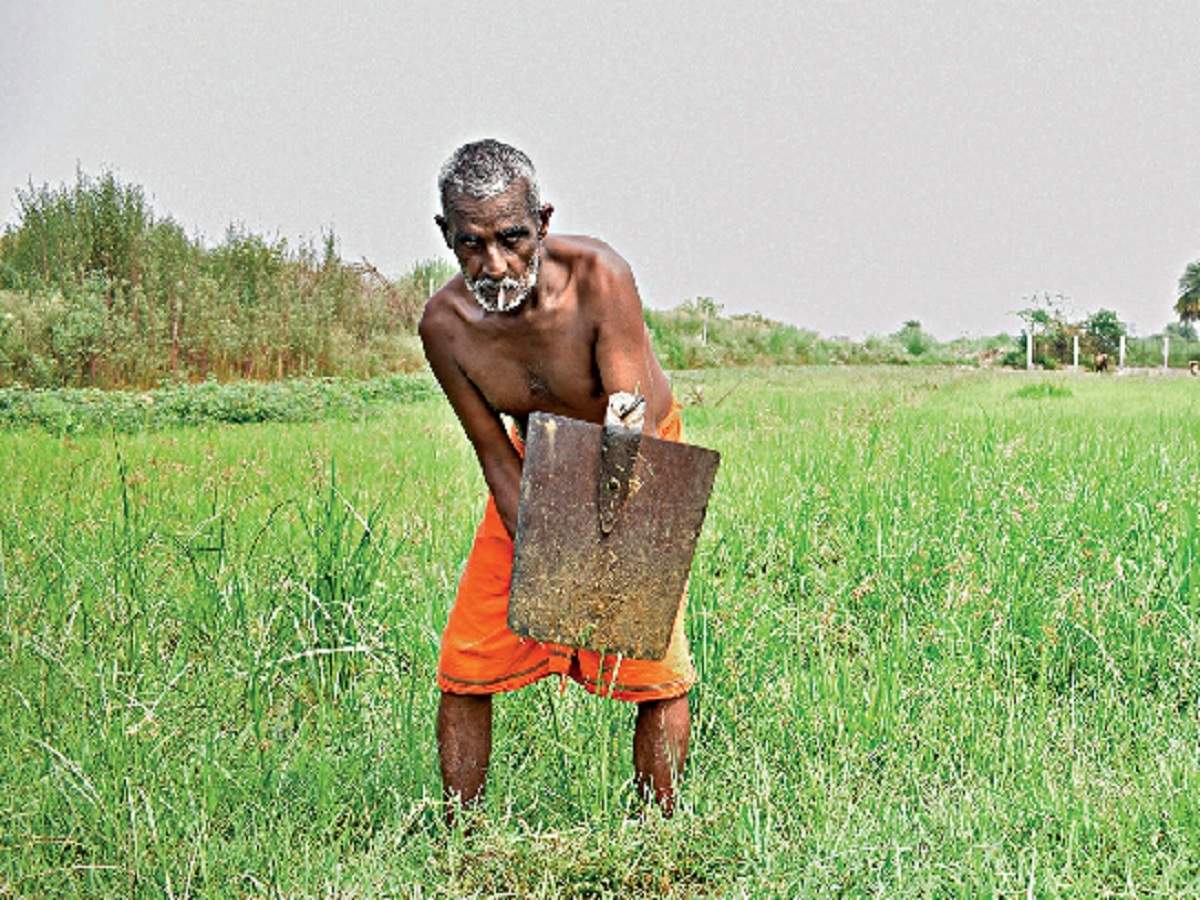 Well, the answer to this is quite contingent on a number of factors. It is because what was the relieving fact for the 2020-21 period of the pandemic is exactly the one distressing factor for 2021-22. Yes, the rising share of COVID-19 cases in rural India, which were almost negligible during the first wave, or at least the data iterates so. The fact that rural India was fairly unaffected by the pandemic during the first wave was the reason why the lockdown exemption could go on unbothered and the government aids helped in facilitating balance of strength in demand and supply side factors.

On the contrary, this time around, rural India has been a terrible victim of the second wave of COVID-19 pandemic, contributing to a major chunk of total cases and, due to unavailability of appropriate resources, deaths. However, the main Kharif season would begin with the onset of monsoon in mid-June, which means that if the situation gets better by then, there may be some help to the sector. Precautionary motives to save in terms of farm equipment and others needs is also assumed to set impact but if the government caters to the needs like it did last time through MGNERGA and advance instalment benefits, impact on general farm activities would be considerably less.

Another factor that bought in good news last time was the monsoon season, which again would determine the fate for this one too. As per predictions made by the Indian Meteorological department, there’s a fairly high probability of normal and above normal rainfall during the monsoon season, a case in point for the Kharif season. As for the Rabi season, the unlikely presence of El Niño may concur well for the next Rabi crop too. However, it is to be noted that there are a lot other factors at play when it comes to determining sanguineness for the term.

Another reason for this contingency is the dented domestic demand owing to consecutive waves of the virus and inadequate support from the government’s fiscal. This means that sustenance of prices for the agricultural commodities is largely dependent on export demand, again, a very dicey position to bet on. Increased input costs particularly in terms of diesel and other factors only add to this concern.

So, the demand side of the story that played out well in the last term may pose a problem in this term, hampering Rural India from emerging as the economic star, yet again.