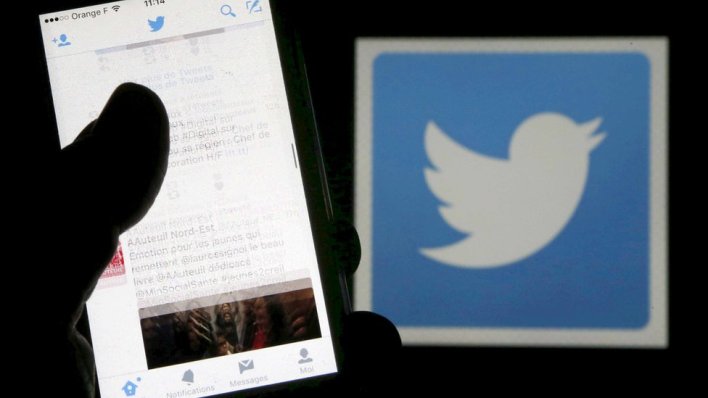 Shares in Twitter have fallen close to 20% after the messaging platform reported a fall in active users.

User numbers fell to 335 million in the second quarter of the year, down one million from the previous three months.
During the quarter Twitter deleted many fake accounts – a move that chief executive Jack Dorsey said was reflected in the results.
The slide to just under $35 a share came despite Twitter reporting record quarterly profits.
It posted a profit of $100m, marking Twitter’s third consecutive quarter in profits, with sales up 24% to a better-than-expected $711m.

“Our second-quarter results reflect the work we’re doing to ensure more people get value from Twitter every day,” Mr Dorsey said.
“We want people to feel safe freely expressing themselves and have launched new tools to address problem behaviours that distort and distract from the public conversation.”
Tech firms have been under pressure in several countries to be stricter over abusive content and misinformation, or “fake news”, as well as political influence and protection of personal data.

Mr Dorsey later told an investor call the company had used machine learning tools to identify and remove “bad conduct, not just bad content” from the social media channel.
“We don’t think the work will ever be done. It doesn’t have an end point,” he said.
Twitter recently removed or suspended a number of accounts, which the firm said was one reason behind the fall in active users in the second quarter. The company said it expected user numbers to continue to fall in the third quarter.

Mr Dorsey said the number of daily users was up 11% from a year earlier, saying this showed the firm’s measures were turning the service into a daily utility.
The World Cup had led to 115 billion user impressions and contributed $30m in revenues over the quarter, he added.
Mr Dorsey said basing user engagement around sporting tournaments, elections and smaller local events was key for Twitter’s future success, and pointed to a new video clipping tool as one way the social media platform was trying to increase time spent on the platform.
“Our strength is conversation,” Mr Dorsey said. “Events are happening all the time and it’s our job to make users choose Twitter to engage with them”.
The big tech stocks have been in the spotlight this week. On Thursday, Amazon reported record results in the second quarter, but on Wednesday Facebook warned of slowing revenue growth, which led to a near-20% fall in its share price.
On Monday, Google’s parent company, Alphabet, reported stronger-than-expected advertising sales.
Source: BBC

Atlassian Invests in Slack, Kills HipChat and Stride Slack is Teaming Up with Hipchat Only to Kill it off