The department of justice accused tech giant Google of violating competition law to preserve its monopoly over internet searches and online advertising as the US government filed an antitrust lawsuit against tech giant Google. This is the largest antitrust case against a tech company in more than two decades. The US justice department alleges in its complaint that Google has stifled its competition in the online search market. Eleven states are also part of this lawsuit. The landmark federal complaint follows a year-long antitrust probe by the DOJ investigators and it comes on the heel of a major congressional report. That report found Google and other tech giants like Facebook and Amazon enjoy monopoly power and have wielded their dominance in anti-competitive ways. After the lawsuit was filed Google called the legal action flawed saying people choose to use Google. The tech giant has countered this claim and says that it seeks to deliver the best results to online queries and people are free to use other easily available search engines if they want.

How did the politically powerful company end up in the crosshairs of federal regulators?

The search for answers takes us to the dawn of the new millennium. That’s what regulators were making their first major effort to rein in the power of big-tech and with some success, in 2002 the justice department won an antitrust lawsuit against Microsoft for monopolizing its market. Bill Gates offered an argument that other tech titans would later echo. This gives net space a moment to gain market share. Five years later, state and federal antitrust enforcers accused Microsoft of failing to comply with the settlement. This time, a tech Insurgent named google, alleged that Microsoft’s operating system was anti-competitive. Google complained that it was unfair of Microsoft to allow customers to do desktop searches using windows software. Microsoft relented and allowed in rival search engines. But Google’s own regulatory issue would soon emerge. In the following years with its issue from state and Europe, Google agreed to give rival services comparable prominence but that wasn’t the end of the story. Google’s most lucrative products online advertising kept on growing. Its annual ad revenue had surpassed a hundred billion dollars when the wall street journal broke the news that the justice department was preparing an antitrust investigation of Google. 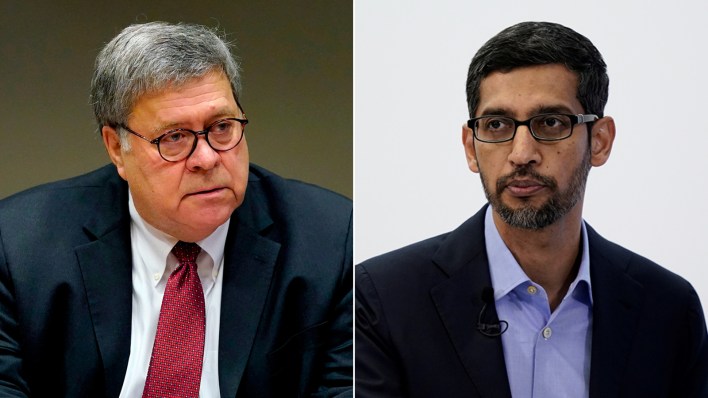 Experts say that Google is going to argue that they have the best search engine and that’s what drives their businesses and they have a competitive advantage in search and that’s exactly what Google has planned on plowing because everyone knows it. Bing is not as good as Google and that’s drives their business so they will question ‘why are you punishing?’ Someone who is differentiated successfully in a competitive marketplace and hence that’s likely going to be the argument. Google controls about 90 of the search and along with Facebook dominates the lucrative digital advertising market. It is not the first time that a national government sued Google. Across the Atlantic, Google has come under Brussels scrutiny three times in recent years for anti-competitive practices. In 2018 the tech giant was ordered to pay a hefty 5.1 billion dollars a fine for abusing the dominant position of its operating system that is Android. Google also faced subsequent 2.4 billion-euro charges relating to its shopping service and just last year the company was ordered to pay another 1.5 billion euro fine over its targeted advertising service called AdSense.

The lawsuit is the biggest challenge brought on by the US regulators against Silicon Valley giants in the last few years. This is something that investors should not take lightly and we get into elections depending on a blue wave or not, we could see more and more pressure again these big techs from business model tweaks to obviously breakups are the more extreme. Experts warn this is going to be a long battle but ultimately this is the first step and what going to be many chapters against big tech. Google and other tech giants have time and again been accused of monopolizing the internet given their might and resources but this recent lawsuit is perhaps the Trump administration’s biggest antitrust case against a tech company in more than two decades. Some sweeping allegations here about Google stifling competition. This lawsuit is saying that Google is effectively using exclusive contracts to stifle competition so it’s paying billions of dollars to make contract partner companies like Apple or smartphone makers like Samsung to make Google the default engine on those products. Now, Google has obviously said that this ruling is deeply flawed and has suggested that if the lawsuit is successful, it could increase prices for consumers because it would raise the price of its products currently.

Google products are low cost or many of them are free to use but the department of justice and the US Deputy US attorney general said that if the government does not enforce its antitrust laws to enable competition, they could lose the next wave of innovation. If that is to happen, many Americans may never get to see the next Google. So, one of the arguments they are using is that it’s not anti-competition but anti-innovation. Arguments to say that they need to control what they are arguing as monopolies so that the next generation of development can flourish and not be stifled. We all know that Trump has taken on tech giants in the past, be it Facebook or Twitter, and now this lawsuit against Google marks the most consequential step to hold Silicon Valley to account especially after evidence that social media platforms were manipulated by foreign election meddling efforts in 2016. This is a sign of bigger actions to come against tech titans in the United States. Some tech lobbyists have suggested that this action is politically motivated, given that president trump has expressed anger at Silicon Valley firms for what he perceives as anti-conservative bias but there is general bipartisan consensus in many ways in the need for updating antitrust laws in the United States to make them more modern and up to date with the digital era.

There’re suggestions that this is something that whoever is president or whoever is in charge, regardless of politics, something that politicians in the United States are looking into. This is a lawsuit that has been a year in investigating and experts say that in terms of action, it’s going to take a while for a possible decision to be made. Google has said that this ruling is deeply flawed and that they have said that people use Google because they choose to do so and not because they are forced to or because they can’t find alternatives. Keith Walker, Google’s chief legal officer talked about possible price rises for consumers if the lawsuit is successful but there hasn’t been any in terms of remedies to this suggested by the department of justice, they have said that everything is on the table and remember this is a lawsuit that has been joined by eleven other states and more could join later, so this is only the start of the action and there is potentially more action to come and potentially more states joining in.