Why would one join the Armed Forces?; even as the Modi Govt goes back on its promise on the issue of pension parity of ex-servicemen

Modi government may not have a problem with an enormous corpus allocated for the political members to discharge their daily duties (telephone bills, car usage, pension), etc. The Armed Defense Forces have been coming under constant fire from the opposition party, which have lately raised questions on not only the “preparedness,” “strength,” but even going as far as doubting the “claims” of the armed forces on certain cross border events that took place recently, ranging from February 26th airstrike in Balakot in Pakistan to the Chinese Intrusion in the eastern borders of the country.

Until recently, the Armed forces have never had such embarrassing, blasphemy and horrifying questions put on their “intent” and “actions” as it has encountered in the last few months from political parties within the country.

The Armed Forces of India have always worked for the best of the country, whether it is safeguarding the borders of the country or participating in relief measures on account of a natural calamity or any other event that needs “special attention,” “hard work,” “dedication” and “expertise” of the armed forces. Perhaps this is precisely why the Retired officers of more than 30.5 lakh ex-servicemen feel cheated by a government that habitually hails the army to underline its nationalistic credentials and has now gone ahead with a cut down in defense expenditure towards pensions in the next fiscal year.

In the Union Budget, the FM announced an allocation of Rs. 1.15 Lakh crore for defense pensions, which is down by 13.4% from Rs. 1.33 Lakh crore allocated in the last financial year.

This has led to a widespread outcry of dissatisfaction from the Ex-servicemen who have expressed as being cheated and doubting if they would even receive their arrears from previous years.

A strong group of more than 30.5 Lakh ex-servicemen has also expressed their fear and resentment towards the present government on account of failing to implement Orop in letter and spirit.

And by pulling back yearly pension revision, the government in the present has now gone onto even reducing the pension amount. What Is Orop, and why the ex-serviceman feel cheated?

The Orop has been a longstanding demand from ex-servicemen seeking pension parity between those who had retired from the same rank and the same length of service, irrespective of when they retired.

This means that any future hikes for recent pensioners would automatically be passed on to the older peers.

The reason behind this rationale is so as to keep up with the inflation rate.

Imagine if one is getting a pension of Rs. 2000 pm in today’s times.

However, it needs to be noted that both the governments – under Manmohan Singh and Modi Government – have been stalling this issue.

In fact, the grievance against the Modi government is stronger as Modi, in the 2014 election campaign, had promised to implement the demand. What has the Modi Government done?

Why would young people want to spend their formidable years in the armed forces if they have no benefit after-service?

These youngsters would be sacrificing their time for the nation’s benefit at a time and place in their lives, which others in the general population would be utilizing to make and build a career.

They would be using this time to educate themselves and obtain higher education degrees to work in various capacities in the corporate world.

To assume that youngsters would want to sacrifice such a crucial time in their lives for serving the nation albeit free, short service, and with no post-retirement benefit is sheer stupidity on the part of the government.

The Indian government has seemingly forgotten that from guarding the borders of the country to handling terrorism, to being called for rescue operations to assisting and rescuing activities being conducted during natural calamities – it is all handled by a bunch of sincere, a call to duty by these men from the Armed Forces.

All this while keeping one’s life at stake for the benefit and the betterment of the community at large and the country. 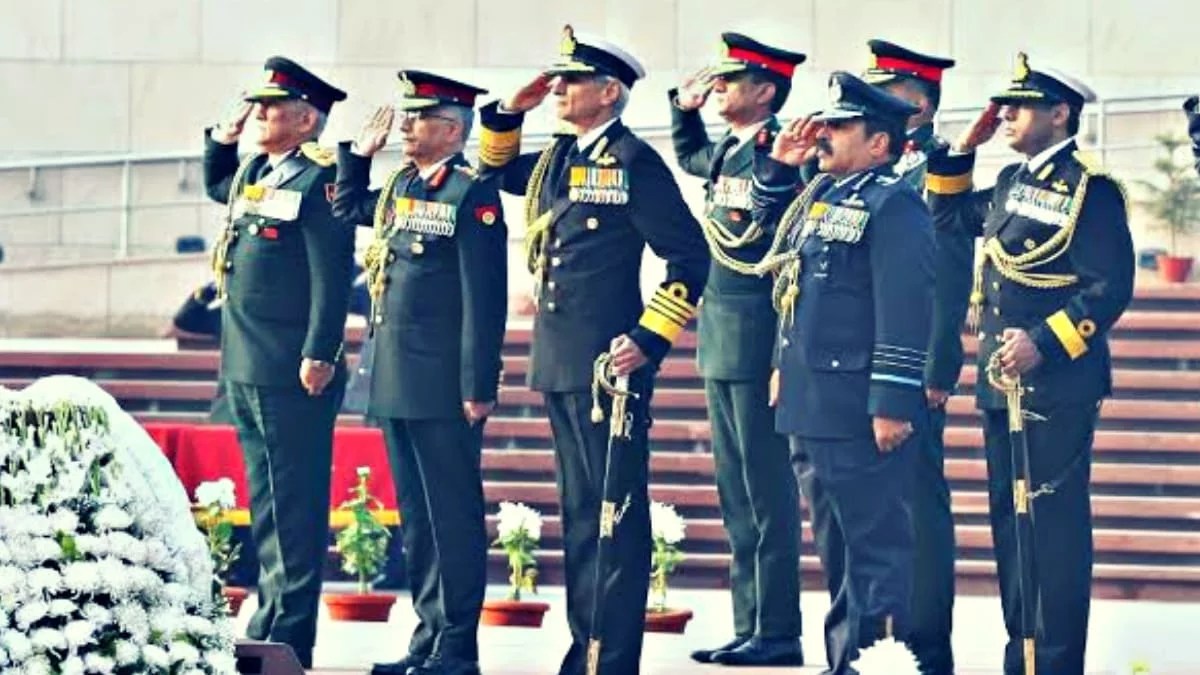 The Defence Forces have fought two wars with Pakistan; through the years, they battled insurgency in Jammu & Kashmir, Punjab, Arunachal Pradesh, and continue to do so on a daily basis even today in some of these regions.

See also  How China is increasingly getting isolated from the rest of the world; China will 'eat our lunch': Joe Biden

For these selflessly serving young and accomplished officers and the jawans, many have sacrificed their lives.

For the wives and children of such soldiers – have lost the most significant member of the family, the parents of these brave soldiers have sacrificed their sons for the good of the nation at an age when they are old, only to be left alone by the Indian government – this is the gratitude that the Indian Government expresses.

In the recent turn of events, the Armed Forces are continuously challenged with and about their “intent.” They have had to face subjects that have questioned their “integrity” it has perhaps never happened in the history of this country that the Armed Forces have been treated with such callousness and disrespect.

Through the years and at different points, a government that has either failed to address or has made false promises to address the key issues and grievances of those who have already served and those who are still serving in the Armed Forces.

It is a question that we should ask ourselves – would you want your children to serve in the armed forces?

COVID-19: Why Are COVID-19 Cases Falling In India? Finally, Experts Have Clues About This Puzzle! Now, In Terms Of Covid-19 Vaccine Doses Administered, India Is The 3rd Topmost Country In The World!