These are unnerving times as the global pandemic has pushed the world economy into a recession, with almost every country witnessing a sharp deterioration in its growth indicators.

Earlier, market meltdowns used to be triggered by economic or financial causes. But now, we have a recession-like situation due to a health crisis.

The Coronavirus-induced restrictions imposed by the governments globally brought much of the economic activities to a standstill and led several institutions and credit agencies to slash their forecasts for the world economy.

Scroll on to see how the global economy has been hit hard due to the deadly contagion: 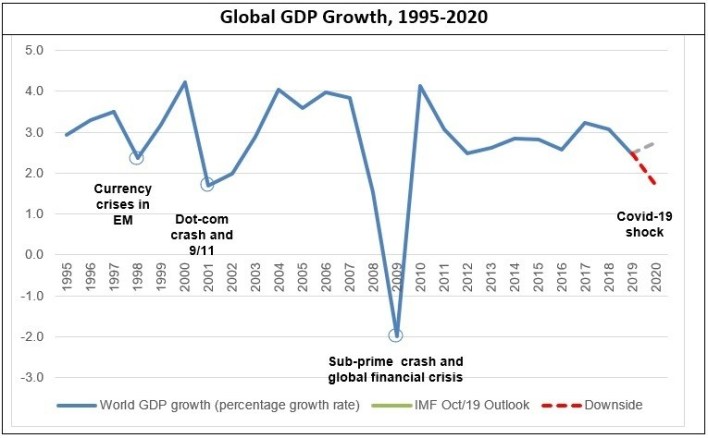 India
India’s GDP slumped to 3.1% in the January-March quarter, the slowest pace in 11 years. These figures also reflect the partial impact of a nationwide shutdown which began on March 25. During FY 2019-20, the growth in GDP is estimated at 4.2 per cent.

Agriculture and mining sectors grew at the rates of 5.9% and 5.2% respectively, while the manufacturing sector recorded a negative growth of 1.4%.

Economists expect the Coronavirus-triggered lockdown will have an impact on growth in the coming quarters with several investment banks estimating a sharp contraction.

Canada
In the first three months of the year, Canada’s GDP fell at an 8.2% annualized rate. Household spending too contracted at an annualized rate of 9 per cent, the steepest quarterly drop ever. The next quarter i.e. April-June is expected to be worse. 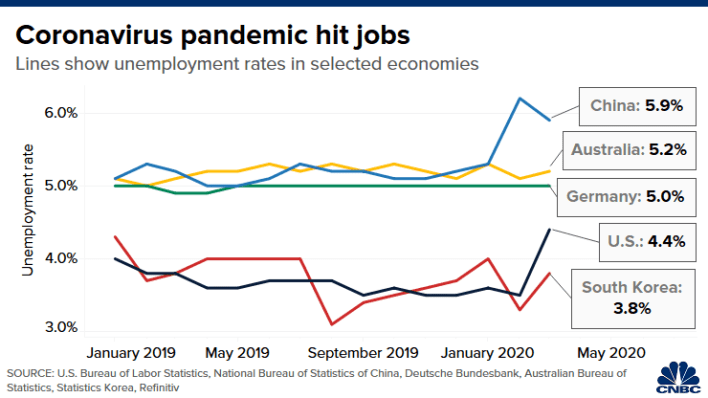 Russia
According to the latest survey by the European Bank for Reconstruction and Development, Russia is likely to record negative GDP growth of 4.5% in 2020 due to the significant fall in oil prices and the slowdown in business activities.

France
France’s gross domestic product (GDP) shrank 5.8 per cent in the first quarter this year, underlining the catastrophic impact of the nationwide lockdown to curb the coronavirus outbreak. According to sources, this is the deepest drop on a quarterly basis since 1949.

United Kingdom
Britain’s GDP contracted by 5.8% month-on-month in March, representing the biggest monthly fall since 1997 as the coronavirus crisis escalated. From the nation’s shuttered bars to its factories, the monthly drop was felt in nearly all sectors.

The Coronavirus pandemic is expected to take a bigger toll in the next quarter. Private consumption fell 6.4%, while the service sector output dropped 2%. 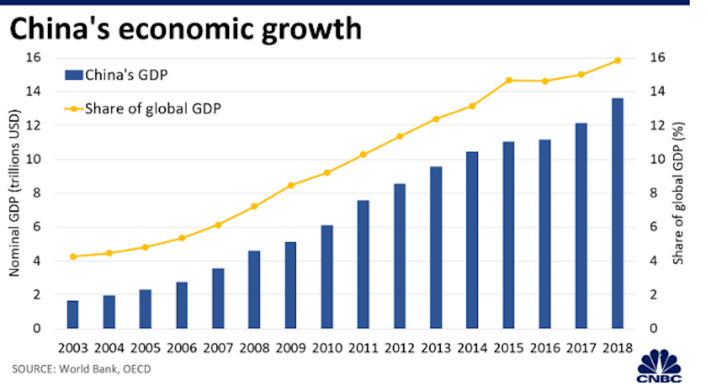 In the first quarter of 2020, China’s economy reported a 6.8% drop compared with a year earlier. The historic slump is mainly due to the lockdowns of cities imposed by the government to contain the deadly contagion.
In recent years, even though China has shifted its economy towards domestic consumption, it remains primarily dependent on exports, which have faced countless challenges this year due to pandemic.

Italy
The eurozone’s third-biggest economy shrank by 4.7% in the first quarter from the previous three months, the steepest quarterly fall since 1995. The government’s extra spending to soften the recession’s impact is likely to hit Italy’s public finances.

Brazil
The COVID-19 outbreak triggered a 1.5% drop in Brazil’s GDP from the prior quarter as the Coronavirus outbreak slammed the brakes on a fragile recovery and pushed the country toward what looks like a deep recession.

Japan
According to Japan’s Cabinet Office, the GDP for the January-to-March quarter shrank an annualized 3.4 per cent from the previous quarter in real terms, marking the second straight contraction. Personal consumption also fell by 0.7 per cent.

Germany
German first-quarter GDP shrank 2.2% from the previous quarter, the biggest quarterly decline in German GDP since the first quarter of 2009.

We hope things get back to normal soon.