The market focuses on the “big three” cloud service providers: Amazon Web Services (AWS), Google Cloud Platform (GCP), and Microsoft Azure when comparing cloud service providers. They are the cloud market leader, but it isn’t the whole story. A few new operators, like Alibaba Cloud, have recently entered the market, increasing the number of options available.

Alibaba Cloud is an Alibaba Group subsidiary that specializes in cloud computing. Alibaba Cloud serves online companies and the e-commerce ecosystem with cloud computing services. The company’s international operations are registered and headquartered in Singapore.

Alibaba Cloud has data centers in 24 different locations and 74 different places around the world. According to Gartner, it is the largest cloud computing business in China and the Asia Pacific. As of June 2017, Alibaba Cloud is in the Visionaries quadrant of Gartner’s Magic Quadrant for Cloud Service.

Alibaba Cloud has been a leader in cloud computing and AI (Artificial Intelligence) since it was established in 2009, delivering services to thousands of businesses, government agencies, and developers in over 200 countries and regions.

Alibaba Cloud didn’t start working internationally until 2015, after a $1 billion investment. The firm began by focusing on the Chinese market before reaching out globally. In the same year, it opened its first data center in the United States, followed by a year later in Europe.

Alibaba Cloud’s fast growth may be partly attributed to China’s growing economy since the Chinese government continues to digitize and move its agencies online and into the cloud. Because Alibaba is China’s central e-commerce system, it is often associated with the “Amazon of Asia.”

Despite the pandemic, industry forecasts for 2021 suggest that cloud computing demand will continue as more organizations migrate their workloads to the cloud. Although Alibaba Cloud is growing faster than the demand for cloud computing, it is unlikely to replace Amazon Web Services as the world’s leading cloud provider anytime soon. Nonetheless, it has already been established as the Asia-market Pacific’s leader.

Virtual machines may access storage in a variety of ways, thanks to VM. It supports SAN, NFS, and Fiber Channel (FC) storage types, allowing virtualized programs to access stored data as they would on a natural system. Software-Defined Storage (SDS) formats are also available, which lets users establish and grow elastic storage pools while simultaneously managing data security and backup from a centralized location.

Alibaba Cloud is a good option for VM and data storage because it provides a lot of features. Alibaba and Amazon Web Offerings provide ECS (Elastic Computing Service) and EC2 (Elastic Cloud Compute), respectively. Both are infrastructure-as-a-service (IaaS) companies with similar features:

Alibaba Cloud ECS is the Asia-premier Pacific’s IaaS provider. For data storage, Alibaba ECS provides auto-scaling and auto-provisioning of ECS and various small and big businesses. Dedicated Host Clusters are available for organizations that want servers mainly dedicated to their purposes and CPU options like turning off hyperthreading.

They both provide “cold” storage services for cost-effectiveness. Almost every critical feature is the same. As a result, it can be argued that Alibaba Cloud’s lower pricing is the winning argument.

When it comes to the security features, security is a top priority for Alibaba Cloud and Amazon Web Services, which includes malware eradication tools, web firewall, malicious traffic screening, and automated backups as some standard features.

Amazon Web Services (AWS) has a fantastic data security solution, which encrypts all cloud-based data and traffic and protects against unwanted access.

With Amazon Web Services Identity Services, you can increase your security even further by looking into several identities, access levels, and resource availability. Alibaba Cloud, but on the other hand, is well-known for its high-end anti-DDoS software and infrastructure.

While most services only guard against DDoS of a limited size, Alibaba Cloud’s Worldwide Traffic Scrubbing activates global security. When a DDoS assault hits you, harmful traffic is routed to the source, ensuring that your services are available. While Alibaba Cloud lacks an impressive amount of services, several other disadvantages of using it over other well-known Cloud service providers like Amazon Web Services (AWS), Google Cloud Platform (GCP), and Microsoft Azure. These are enumerated as below-

As Alibaba Cloud is not based in the United States, it risks sensitive data stored on servers outside the country or being lost entirely.

Furthermore, many customers who use Azure and Huawei believe that those two are considered better in terms of ease of use. Alibaba, like them, should attempt to make the answer simple. As a result, it is necessary to improve the user interface. In terms of performance, Huawei and Azure are both faster.

The website features, such as online documentation and a price estimator, aren’t as sophisticated as those provided by the other cloud providers. Its English-language paperwork is likewise sparse; we can only find important critical information about its services and costs on its forums rather than official documentation.

Because Alibaba isn’t as dependable or known as Amazon, you’ll need to develop many original ideas to make things work. The early stages are simple, but they get progressively tricky due to a lack of assistance, documentation, or, more broadly, the language. The documentation is frequently only available in Chinese. Azure, on the other hand, is more straightforward to install and manage.

Regular users have expressed displeasure with the tools on several occasions, stating that the bulk of the tools and procedures have significantly improved. According to them, picking up the phone and chatting with someone on Alibaba isn’t always easy. It gets more difficult unless you have local personnel who are proficient in Chinese.

For instance, a user wants to access a virtual machine with different settings. It isn’t easy to demonstrate the pricing to a consumer. Alibaba’s SDK is quite limited in scope. Virtual machines may have a fee, but RDS servers and extra services do not. This is a significant source of concern for many people.

They must devote more fabulous time and effort to the SDKs or APIs they provide, such as pricing APIs or SDKs. They don’t offer help for the vast majority of their services. For example, I can’t acquire MongoDB’s price from Alibaba because the SDK isn’t available. To access data more rapidly, or Object Storage requires full API support.

4. Not a sound customer support system

Alibaba Cloud customers regularly voice their unhappiness with the company’s customer support. Customer service, according to them, has a lot of space for improvement. Compared to Amazon or Google, there is a lack of documentation, customer service, and general process maturity. When you need technical assistance, it may be challenging to find the right personnel, or the people you have on the line may lack the necessary expertise. As a result, it isn’t as straightforward or seamless as it should be.

5. Not suitable for savings

Alibaba Cloud is famous for various reasons, one of which is the low cost of its services. Customers may also choose between two payment options with Alibaba Cloud: pay-as-you-go or subscription. Pay-as-you-go allows you to pay just for the resources your company requires, making it perfect for instances where traffic surges and decreases at any time.

However, compared to Amazon Web Services RI’s massive reductions, Alibaba Cloud’s pricing options may not be that much better. 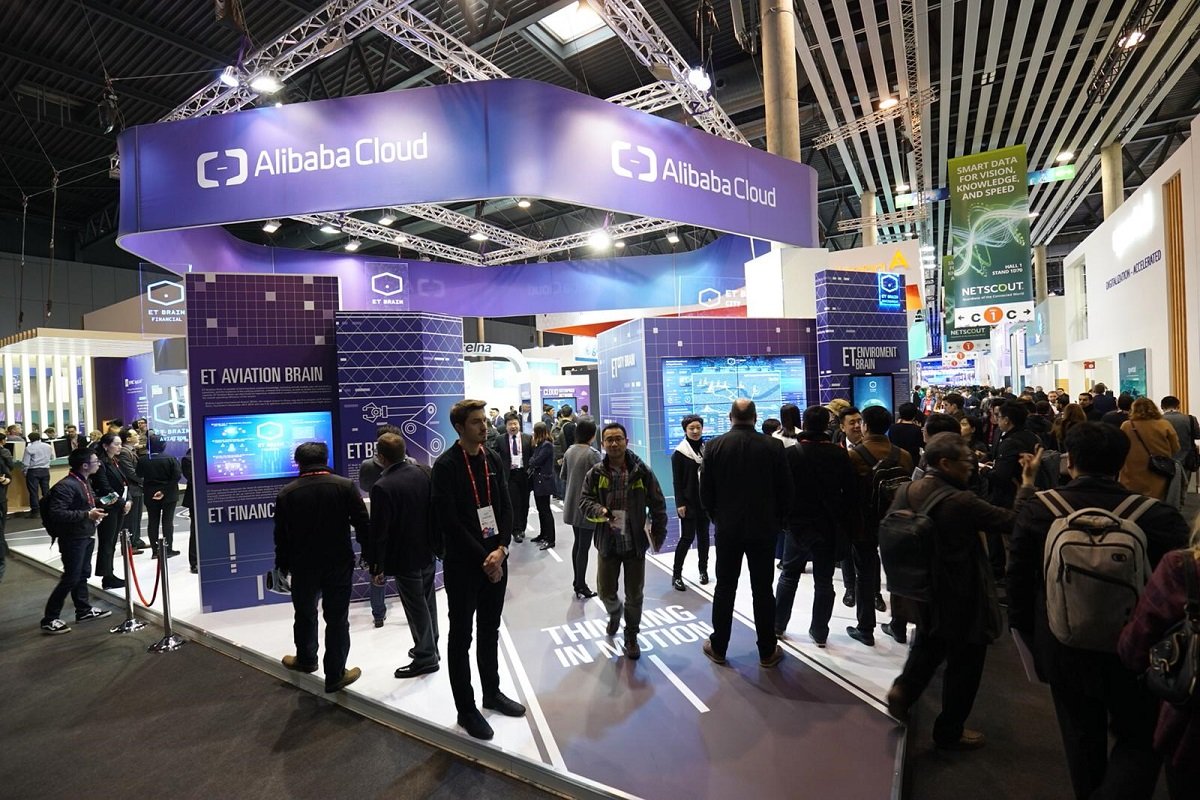 They may not be the best option when compared to Alibaba’s competitors. Anyone interested in the solution should examine its stability and the documentation to verify that they are comfortable with it. Even if it’s only to have some knowledge, having someone with Alibaba Cloud is always helpful because some aspects aren’t immediately apparent. Even the most straightforward activity might take a long time and cost a lot of money if you’ve never worked on them before.

If you know someone who has worked on similar problems before, you’ll be able to deal with them quickly. If you have an idea, a customer service representative you’re familiar with, you’ll receive a fantastic person to assist you. That would be excellent since that person might make life a lot easier for your company to resolve problems as they emerge.

It offers many features, but it can not be reliable and mature in terms of stability. It is adjustable. It’s still in the works. Thus, overall, there are several challenges that we are confronted with in terms of progress. One may utilize Alibaba if you are in the development phase and have spare time.

You can contact Alibaba in case of a problem. They will collect data and analyze it. It is a little less expensive than other options. However, various users do claim to recommend other Cloud service providers like Amazon Web Services (AWS), Google Cloud Platform (GCP), and Microsoft Azure which are user friendly, are established in the market, are known for their quality service with simplicity and thus, have a minimal problem in using them.

The Alibaba Cloud operates seven data centers in China (Qingdao, Beijing, Zhangjiakou, Hohhot, Hangzhou, Shanghai, and Shenzen) and one in Hong Kong. Its Content Delivery Network (CDN) in China includes over 1,000 nodes, making it simple for businesses to deliver content.

However, doing business with a Chinese corporation raises security and privacy issues for certain companies. Furthermore, Alibaba’s overseas offerings are less robust than those available in its home country. In addition, several of its internet features, like the pricing calculator and online documentation, aren’t much advanced as those offered by some other cloud providers.

Whether you choose Alibaba Cloud or Amazon Web Services, or other cloud service providers, you should select unique company requirements, like functionality, security, and budget. As a result, you will be able to choose the one that is most beneficial to you.

The online casino market growth is rapid in India