CES 2020 took over Las Vegas from the 7th to the 10th of January, and as always, was a platform for giants of the tech industry to show-off what they had planned for the future, from foldable tablets and phones, to rotating TV’s, and wildest glimpses into the future of autonomous automotive technology from the likes of Mercedes.

However, in all the excitement, its easy for some great tech that one can currently get their hands on, to fly under the radar.

Expanding on their already vast line of earbuds which have proved to be able competitors for  offerings from Apple, Samsung, etc, Jabra unveiled their new Elite Active 75t. Aimed towards consumers with an active lifestyle, Jabra bills them as “the best fitting high-performance earbuds”. 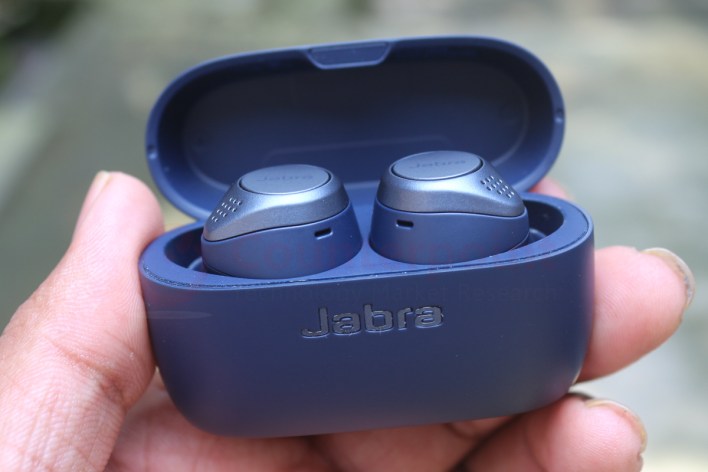 Boasting a 7.5-hour battery life, with 60 minutes of juice from a 15-minute charge, the buds also feature an ambient sound mode, as well as an IP57 rating, making them waterproof and sweat proof. The Elite Active 75t’s are currently available for pre-order on Amazon and Best Buy for $200

This offering from Finnish fitness company, Suunto, marks a significant departure from its predecessors. With Suunto 7, the company  offers a wrist watch boasting a wide variety of fitness features, but now with the added bonus of Google’s Wear OS. With 70 different sports modes, a built-in heart rate sensor, GPS, altimeter and more functions, the watch aims to provide detailed feedback on your workout. Wear OS additionally provides the usual suite of tools such as music handling, notifications, and access to the Play Store for more apps. The Suunto 7 is set to release on January 31st online, but is available for pre-order on the Suunto website at $499.

A quirky innovation from Ampere Tech, The Ampere Side Pocket Wireless in a smart fanny pack with a built-in wireless input/output 13,400mAh power bank.

The bag features USB-A as well as USB-C outputs, and a waterproof outer casing, with a power bank battery indicator. Available on the Ampere website for $130, the Side Pocket Wireless promises to be a future essential for travelers

Dell took CES 2020 as an opportunity to unveil the 2020 edition of their XPS 13 series, an already highly acclaimed offering from the company. 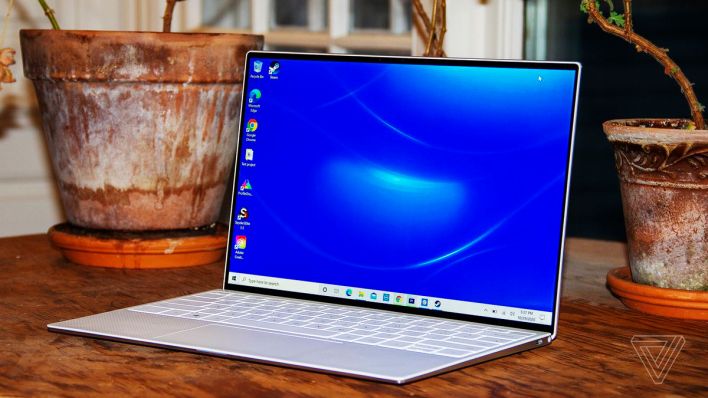 The 2020 version includes a taller 16:10, 25% brighter, InfinityEdge display, with a 0.5in bezel all round. The laptop sports a smaller form factor over its predecessor, despite the larger screen, as well as a larger track pad, 10th gen Intel Core processors, 8/16/32 GB of RAM and up to 2TB of storage. Variants range between $1000 and $1900 on Dell’s website.

Developed by KATANA Safety, pioneering personal safety and protection devices, the Safety Wallet attaches to your smartphone and siren and a silent alarm that you can trigger in case of an emergency. 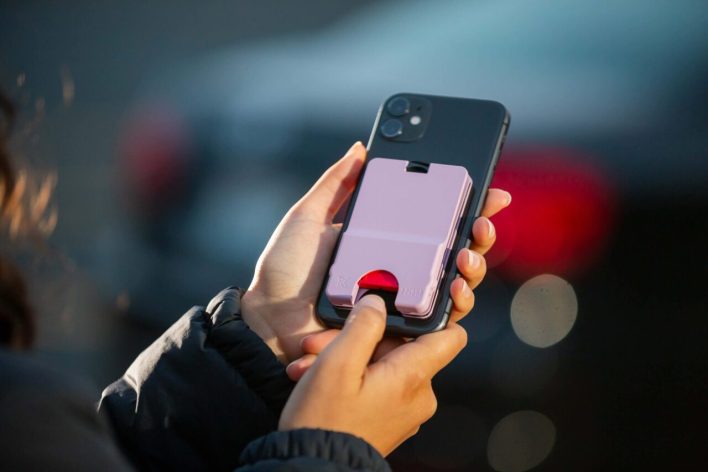 The Safety Wallet works along with an app to send alerts to trusted contacts and even send your location to a 24/7 response center. The Wallet also has room for credit cards. It is available for pre-order on the KATANA Safety website at $99 for spring shipment.

Best described as an “autonomous personal AI camera”, the PowerEgg X combines a handheld camera, AI camera and drone, all in a sleek, simple package. The Egg’s AI mode features face recognition technology, and is trained to follow the individual throughout video recordings. As a Handheld, the Egg is capable to stabilized, 4K UHD video, with a battery life of 3.5 hours. In drone mode, the PowerEgg is capable of 30 minutes of flight, with a 4K/60fps camera. It is also the world’s first drone capable of picking up sound, according to Powervision, and can fly through “heavy rain and harsh environments”. The PowerEgg X is available on the Powervision website, as well as Amazon, for $899.

Wacom has long been known for providing state-of-the-art tools and solutions for designers and creative professionals. 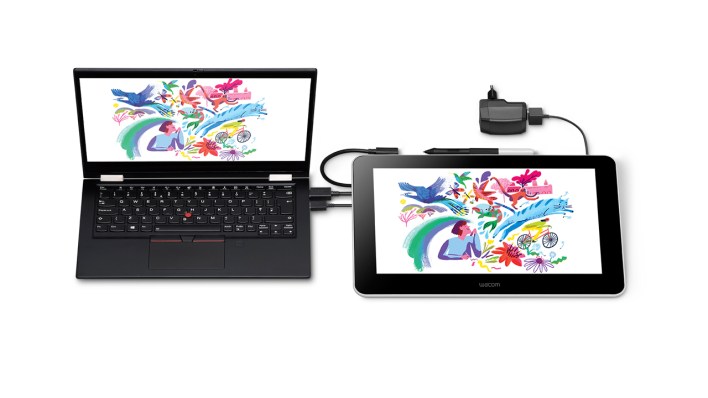 Their latest offering at CES 2020, the Wacom One, is an entry level “creative pen display”, starting at $400, aimed towards students. With a 13.3” display, the Wacom One is far more portable than other, more expensive offerings such as the Wacom Tablet. A pen which doesn’t require batteries or charging, further adds to the portability of the Wacom One. The device is an effective canvas for drawing, sketching, photo and video enhancing, annotations, etc, and is currently available on the Wacom website

Braun unveiled three new speakers as part of its “LE” line, with the LE03 being the smallest and least expensive offering.

The speaker sports and extremely compact and elegant form factor, and boasts powerful low-end performance as well as an in-app equalizer and voice recognition. The LE03 is available for pre-order on the Braun website, at $379.

Unveiled by Air Selfie, this autonomous selfie camera is smaller than an iPhone, and flies to capture pictures and video, hands-free. 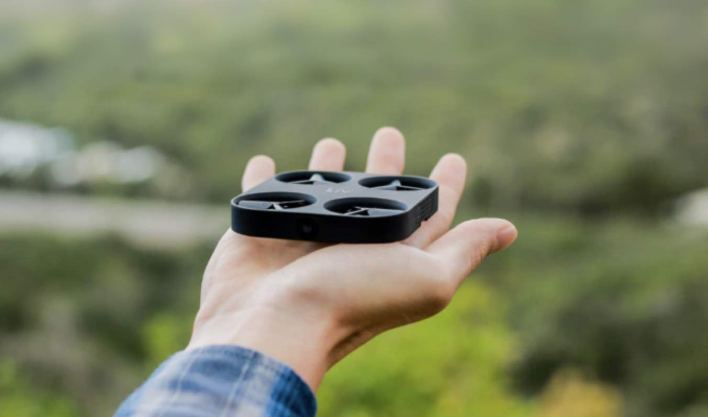 The camera is capable of 12 megapixel photos and videos at 1080p 30fps. With 8 GB of on-board memory, the camera can be flown even without being connected to a smartphone, capable of autonomous flight, and gesture control. The Air Pix is available for pre-order on the Air Selfie site for just under $100, with an estimated shipping date in February.

Co-developed with Leica, the Insta 360 ONE R works on a modular platform to provide for both ultra-high definitions, as well as 360 degree video capabilities. The ONE R is equipped with a 19 megapixel camera, and is capable of captures 5.3K at 30fps, or 1080p at 120fps video. 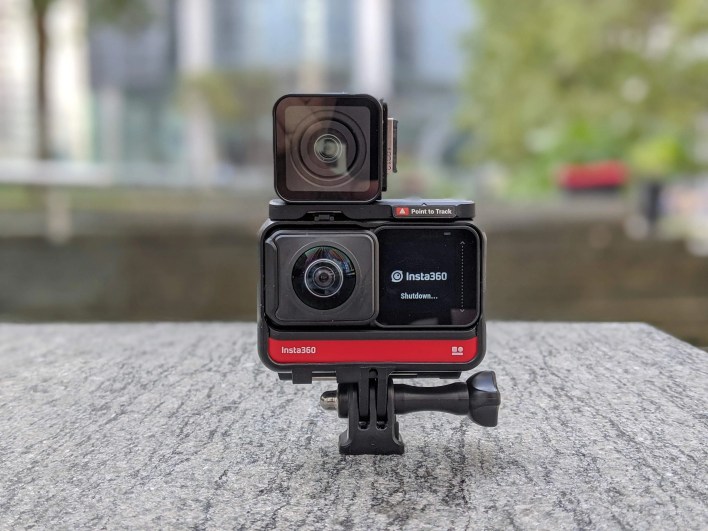 It also features “FlowState” active image stabilization software, and automatic exposure adjustment for low light images. The ONE R is available at $300 on the Insta 360 website.

Clayton Christensen, author of “The Innovator’s Dilemma,” has passed away at age 67

LogiNext secured $39M in Series B from Tiger Global