In what may come as a breather for Anil Ambani, the Bombay High Court has extended its earlier order till December 19 to the Income Tax department not to take any coercive action against Anil Ambani, Reliance ADAG group chairman, on a show cause notice aiming to prosecute him under the Black Money Act.

Anil Dhirubhai Ambani is the chairman of Reliance Group and the younger brother of Indian billionaire Mukesh Ambani.

But unlike the super success story of his big brother Anil Ambani has seen some rather unfortunate times.

Once recognised among the six wealthiest people globally by Forbes, the businessman had recently been through a financial crisis and is under the scrutiny of Indian regulators in regard to black money. 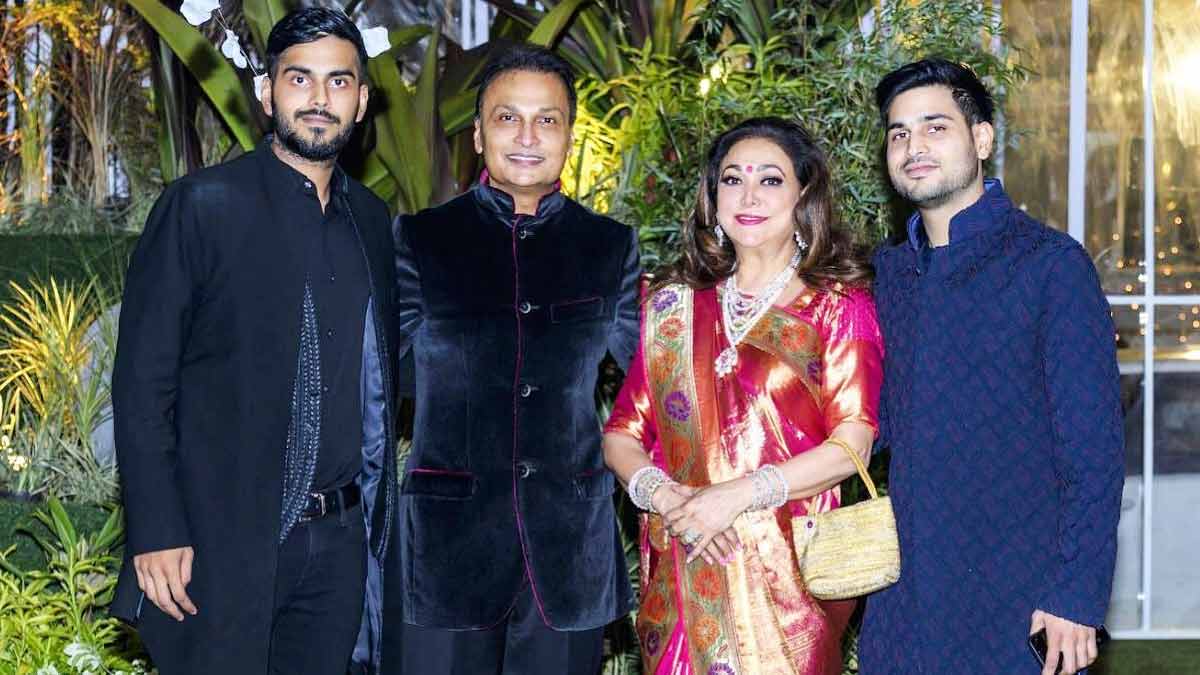 Anil Ambani’s company currently owes thousands of crores and, once counted among the world’s richest, is unable to settle his debt.

Ironically, In the year 2020, Anil Ambani said in a UK court that he had gone bankrupt and his net worth was zero. The matter was related to paying 8-year-old loans from three Chinese banks.

Now being probed in regards to the black money and facing prosecution under the Black Money Act, the order not to take any action by the Income Tax Department has been extended by a division bench of Justices S V Gangapurwala and S G Dige.

The stay order comes after the Income Tax department sought more time to file its affidavit in response to Ambani’s petition challenging the notice.

In March 2022, the Mumbai unit of the Income Tax Investigation Wing passed an order against Anil Ambani under the Black Money Act 2015. Anil Ambani’s undisclosed offshore assets of 800 crores were disclosed for the first time in 2019.

When the petition came up for hearing for the first time on September 26, the HC had granted time till November 17 to the tax department to file its affidavit and asked it not to take any coercive action against Ambani till then.

On Thursday, the department sought additional time, following which the bench adjourned the matter till December 19. The court also said its earlier order (of no coercive action) would continue till then. IT Department and Tax Evasion

On August 8, 2022, the I-T department issued a notice to Ambani for allegedly evading ₹ 420 crores in taxes on undisclosed funds worth more than ₹ 814 crores held in the accounts of two Swiss banks.

Ambani was accountable to be prosecuted under Sections 50 and 51 of the Black Money (undisclosed foreign income and assets) Imposition of Tax Act of 2015, as per the department’s notice, which specifies a maximum punishment of 10 years imprisonment with a fine.

The department has charged Ambani (63) with “wilful” evasion, stating he “intentionally” did not disclose details of his foreign bank account and financial interests to Indian tax authorities.

Ambani was an “economic contributor as well as beneficial owner” of a Bahamas-based entity called ‘Diamond Trust’ and another company called Northern Atlantic Trading Unlimited (NATU) which was incorporated in the British Virgin Islands (BVI), according to the I-T departments notice.

The department stated that Ambani “failed to disclose” these foreign assets in his income tax return (ITR) filings and, hence, contravened provisions of the Black Money Act, which was brought by the Narendra Modi government soon after it was first elected to power in 2014.

The order lists offshore entities and details of transactions in linked bank accounts, adding up to over Rs 800 crore. This figure, sources said, was calculated based on the current rupee-dollar exchange rate.

Is Anil Ambani the beneficiary of these offshore companies?

In the order of BMA, it has been said that Anil Ambani is the beneficiary of offshore companies in the Bahamas and British Virgin Iceland. In the year 2006, in the Bahamas, he founded the Diamond Trust, with the help of which the Dreamwork Holding Company was established. In this regard, some critical information was sought from the Bahamas administration on behalf of the Foreign Tax and Tax Research (FTTR) Division of the Central Board of Direct Taxes (CBDT). In this, information about a Swiss bank account was revealed in the UBS bank branch in Zurich.

Anil Ambani formed another undisclosed offshore company in the year 2010. This company was opened in British Virgin Iceland and was named North Atlantic Trading Limited. The bank account of this company is linked to the Bank of Cyprus.

Frappuccino A Trademark Of Starbucks; How Starbucks Won 13 Lakhs Litigation Case Against A Jaipur Based Cafe

Covid-19 Led Restrictions And Slowdown In Economy Leads China To Set Over $1Bn Fine On Ant Group, Signalling The End Of A Two-Year Long Regulatory Overhaul.