iPhone 13:The release of an Apple product is always the most hyped event of the year. Everyone is looking forward to being amazed by the new iPhones, iPads, and other devices. Apple released the iPhone 13, the successor to the iPhone 12, this year. With more enhancements and, most notable, a smaller notch. Every year, Apple does something to set an industry standard for the following year, such as adding a new feature or hardware, or doing something completely different! 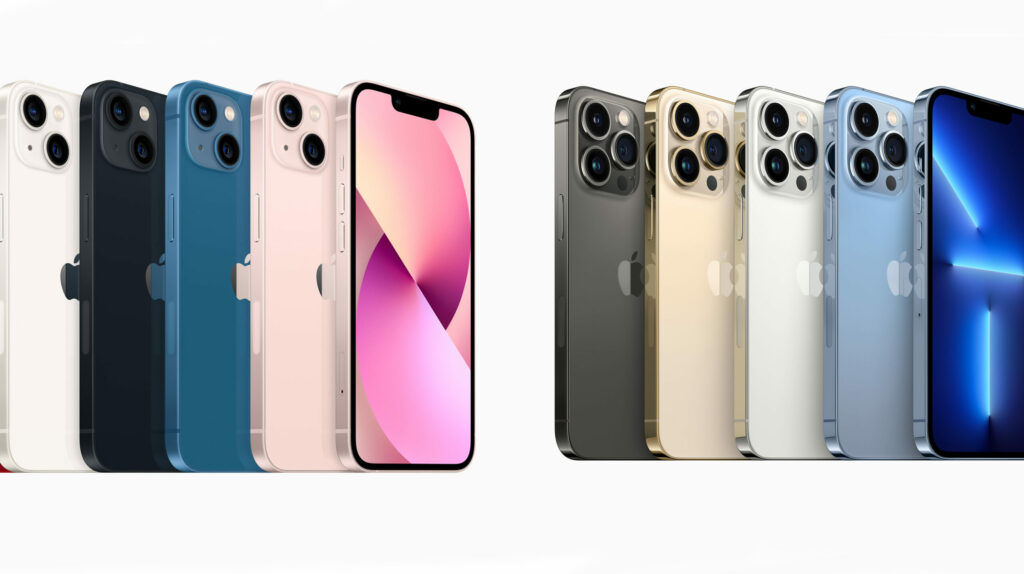 The Apple iPhone 13 launch date in India was 24 September 2021. The iPhone 13, iPhone 13 Mini, iPhone 13 Pro, and the iPhone 13 Pro Max are available for purchase via Amazon, Apple Store, Croma, Flipkart, and various other offline and online retail stores in India. When compared to the iPhone 13 and 13 Mini, the Pro models have a higher build quality and features that aren’t available on the less expensive iPhones.

The iPhone 13 retains the same look and design as the previous 12 series. The 6.1-inch OLED display has a resolution of 2532×1170 pixels and, while it doesn’t feature Pro-Motion functionality and a 120Hz refresh rate.

iPhone 13 uses the A15 Bionic chipset. Performance on the iPhone has never been an issue and it continues to be a trend. But this time there is a difference in the Pro series, which has an extra core in the GPU. The iPhone 13 and 13 mini have four-core GPUs. This time around, the iPhone 13 also starts with 128GB of storage and it’s good to see Apple offering it for the same starting price as last year’s iPhone 12.

Pink, Blue, Midnight, Starlight, and Product Red are the five colors available for the iPhone 13 and 13 Mini. The iPhone 13 Pro, on the other hand, comes in four colors: Sierra Blue, Silver, Gold, and Graphite. 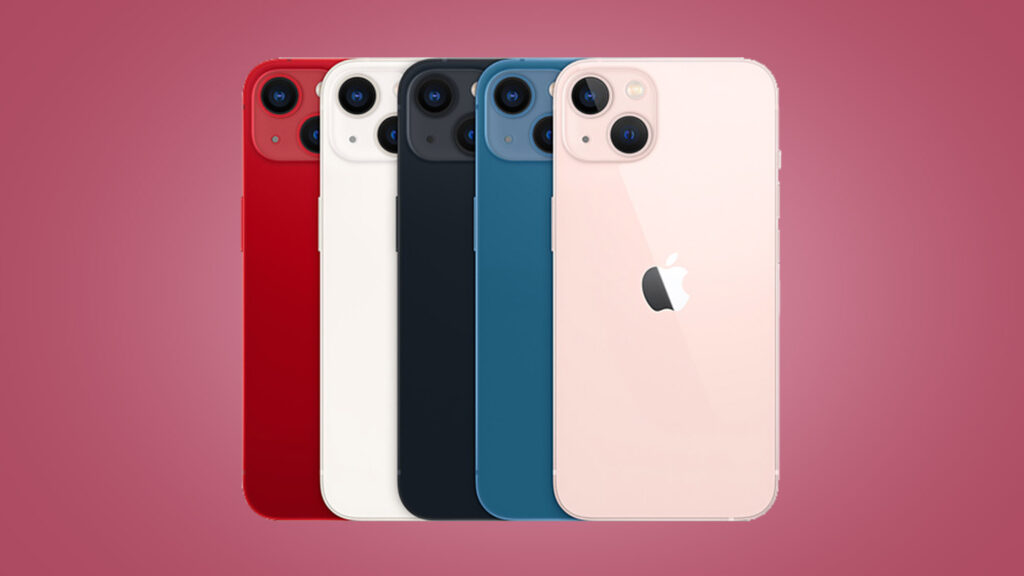 Even without expanding the design layout, iPhone 13 has a better battery than iPhone 12. Because of the iPhone 13’s “soft battery” technology. The iPhone 13 Pro Max comes out on top with an 18% increase in battery capacity from 3,687 to 4,352 mAh.

In terms of wireless connectivity, the iPhone 13 has received a significant upgrade. According to the company’s agreement document with Qualcomm, Apple intends to include the Qualcomm X60 5G modem in future iPhones, including the iPhone 13. 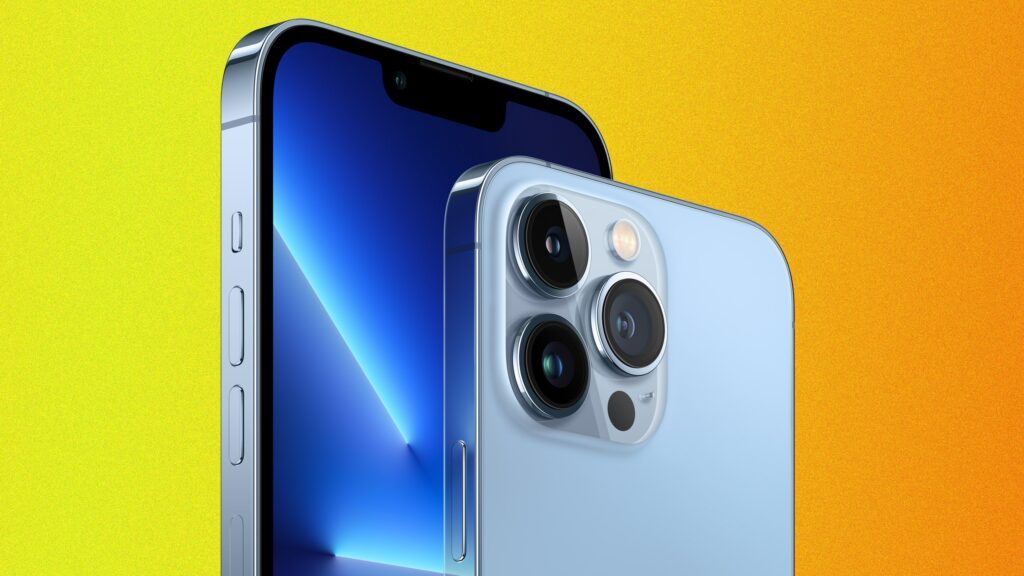 The iPhone 13 camera takes advantage of the Photographic Styles feature, where users can choose from Standard, Rich Contrast, Vivid, Warm, and Cool settings for their photos. It also supports cinematic videos, which can add a shallow depth of field to your videos. On paper, it looks the same as the iPhone 12, just styled differently, but the iPhone 13 still has a camera that will have to work hard to beat the competition.

With each new iPhone, Apple releases a new version of iOS. When Apple announced iOS 15, we got our first look at the software that will power the new iPhone 13. FaceTime updates that allow you to view movies and share content with others are among the key iOS 15 features, as is a new Focus mode for managing notifications, announcements, and other built-in programmes. 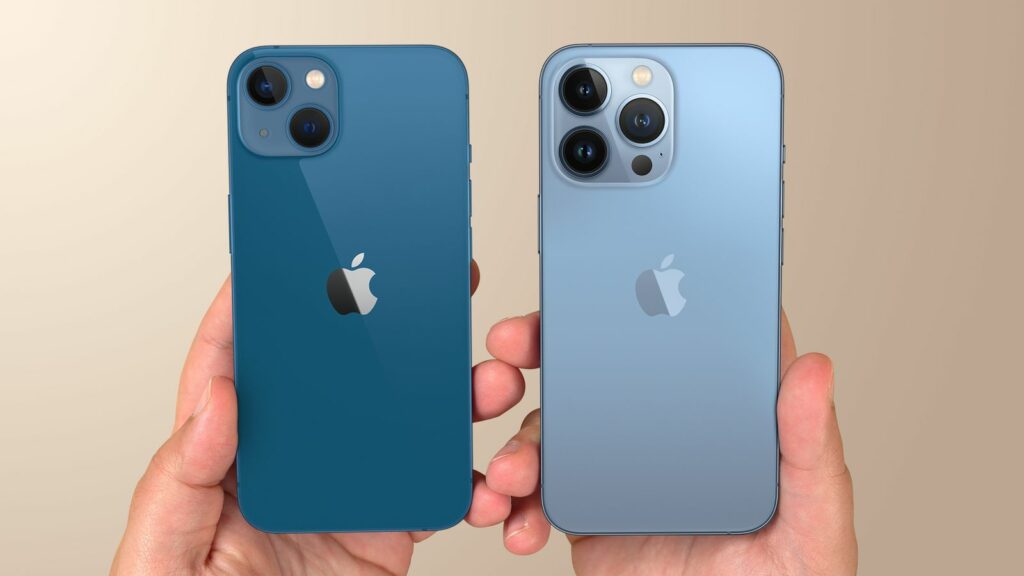 In comparison to standard iPhone models, the iPhone 13 Pro and Pro Max have a stainless-steel frame, 120Hz Pro-Motion displays, and triple-lens camera systems with improved Wide, Ultra-Wide, and Telephoto lenses, as well as higher-end photography options like macro capabilities and the ProRes video format.

The iPhone 13 is a smartphone for those who do not require a specific feature. It falls between the min and max sizes while providing just enough features to make it worthwhile. Those seeking a better display or more camera features should opt for the more expensive pro version.