On Thursday, a magistrate court ruled that the Narcotics Control Bureau (NCB) was simply violating the fundamental rights of Shah Rukh Khan’s son, Aryan Khan, and seven others by granting the NCB further custody rights.

The eight were instead put in judicial custody for a period of 14 days by additional metropolitan magistrate R M Nerlikar. They will be hearing an application for interim bail tomorrow.

Aryan was arrested on suspicion of drug trafficking on a cruise ship, along with two other people. There have been 15 arrests since then, including two more on board and suspected drug dealers onboard the cruise ship Cordelia.

The NCB was denied custody of the first eight arrested, including Aryan; the court noted that it had examined the remand report, the case diary, and the submissions of NCB counsel Anil Singh, the most senior centre officer in the state. According to the court, the remand report did not reflect the progress of the investigation.

“It is not in doubt that NCB has the right to take custody to investigate an offence. “However, the basic constitutional rights of the accused would be violated by simply reminding them to police custody,” the court noted. 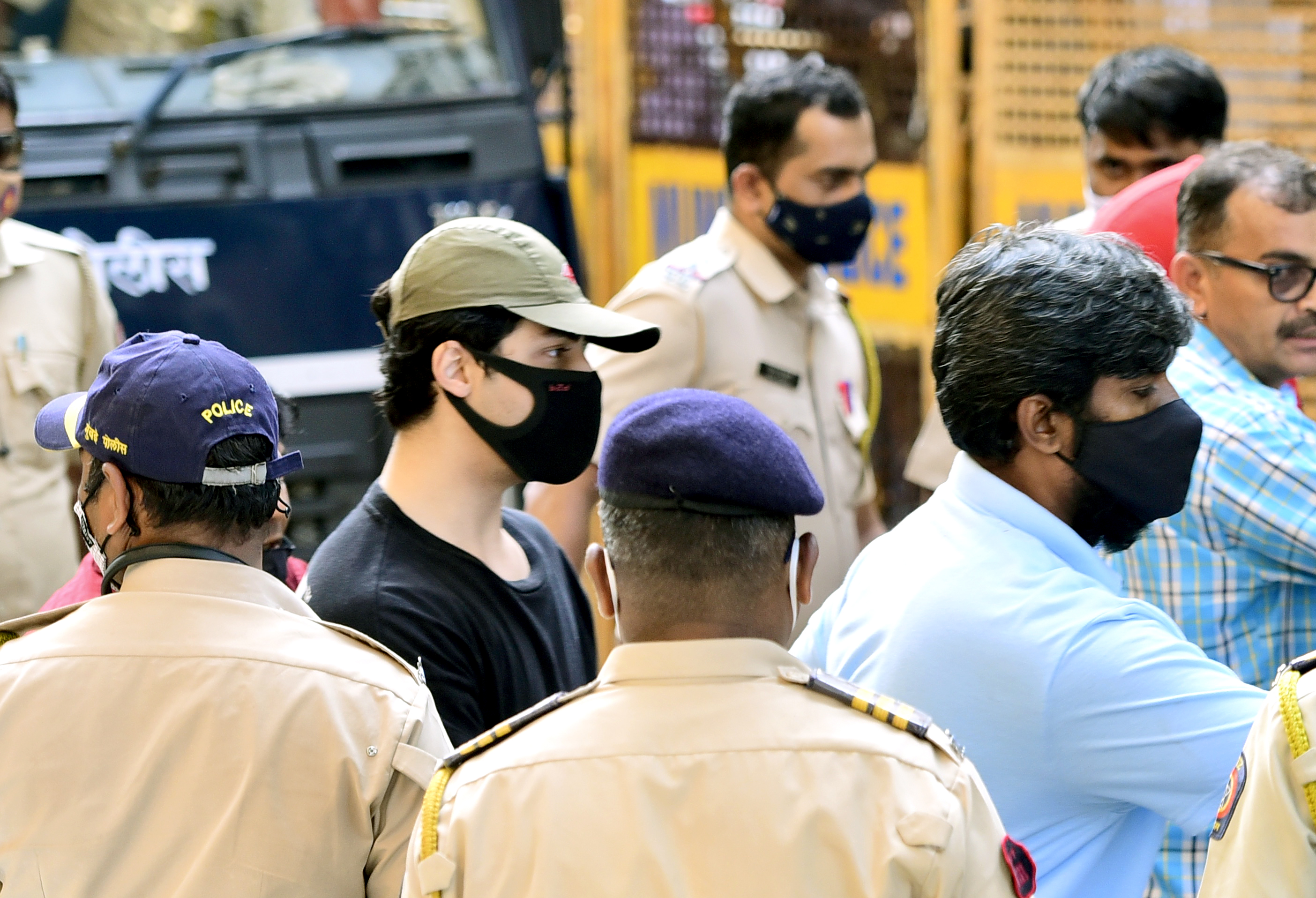 Aachen Kumar and Aryan are two of the eight defendants involved in the NCB’s remand report, according to Magistrate Nerlikar. Kumar, according to the NCB, is Aryan’s friend and was arrested based on his statements.

Although the NCB made vague submissions and a remand report to the court, the court found them vague. “The investigation does not include other defendants. No grounds for extending custody are disclosed in the remand report. The investigating officer was given sufficient opportunity and time for interrogation of the accused during the previous police custody period.”

“Conspiracy and abetment”, ASG Singh said, adding that it is difficult to see the arrest as a stand-alone case. The crime and the case are interconnected, which means that everyone must be searched. He said that the accused could not be separated from each other in order to find the real culprit and to eliminate the drug threat for good.

During the course of recording his statements, Satish Maneshinde, Ariyan’s lawyer, pointed out that the NCB hadn’t interrogated him since Monday and that it had ample time to confront him with Kumar throughout all this time. Additionally, he stated, Aryan and Kumar allegedly spoke about the purity of football a year ago, discussing how it is a clean sport.

Additionally, Aryan filed in court a petition to retract these statements. 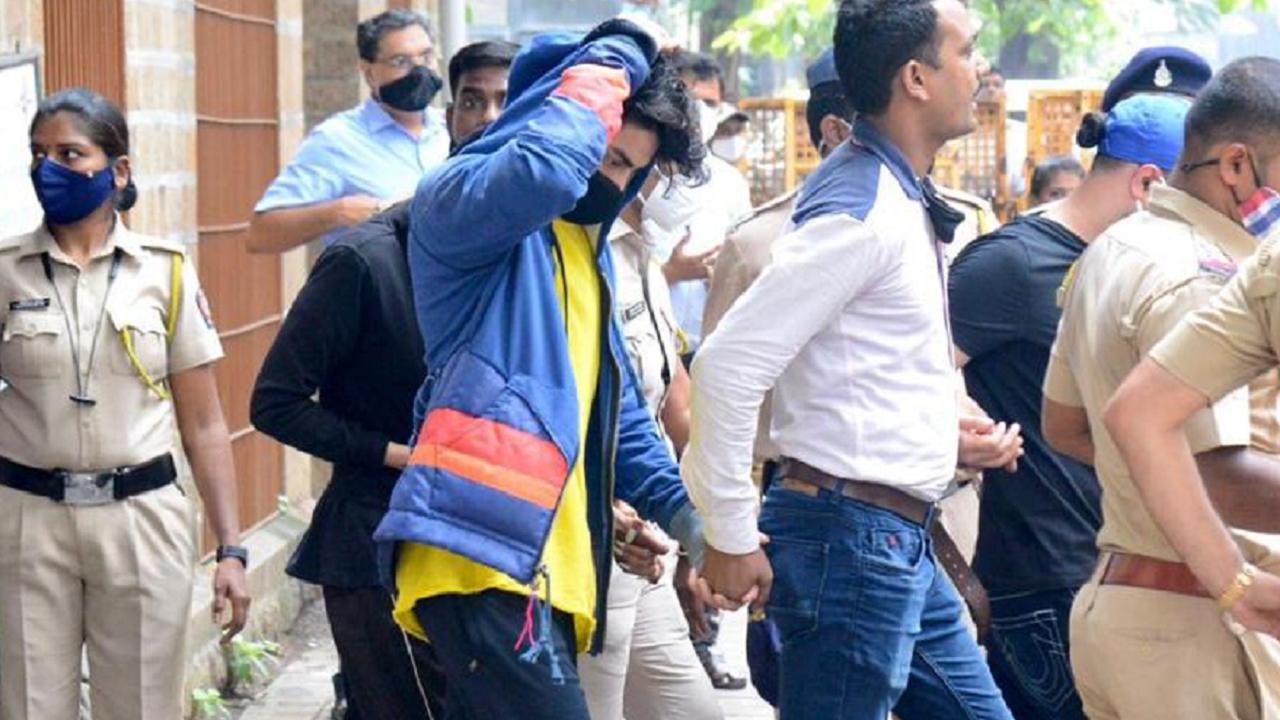 In addition, he said Aryan was a guest on a cruise hosted by Pratik Gaba, and not the organisers themselves, and was told he was needed to “add glamour” to an event. (Aryan) and Gaba has been chatting with the NCB. No mention of rave parties is made. There were no contraband items found on Aryan when he went on the cruise alone. When the NCB officials requested his phone, Aryan politely surrendered it. “He continues to cooperate,” Maneshinde said.

Aryan’s friend Merchant, who was on the cruise with him, told him that they had not planned to be together and that they met at the departure terminal.

In contrast to the NCB’s statement, Shamecha’s lawyer Ali Kaashif Khan said the couple had never met Aryan before the alleged drug bust. She is not the one said to have been seized with 5 grams of charas by the NCB, the lawyer said of the claim.

Merchant’s attorney Taraq Sayed challenged the NCB’s assertion that all the drugs recovered were connected, arguing that each accused must be heard individually.

Deputy Attorney General Ayaz Khan said that Satija and Chadha were staying in their individual rooms, and any drug recoveries could not be directly linked to all 1,300 passengers.

According to their counsel, the NCB has not explained why Chhokar, Jaswal and Chopra need custody.

The magistrate’s court, Singh said, could not hear the case because Maneshinde had filed interim bail requests and regular permits for Aryan. Afterwards, the court continued the hearing on Friday so that the NCB could respond. Because of Covid-19 protocols, NCB Zonal Director Sameer Wankhede has requested to keep the eight accused in the NCB office until Friday rather than send them to jail Thursday. A negative RT-PCR report is required for admission to jail; the court permitted this.