After the controversy over Islam’s Prophet surfaced in international media recently, the Indian government promptly responded to its brothers in the Gulf nations by respecting their religious sentiments to preserve the historical bonds that the Arabs and Indians have established. Additionally, propagandists of fifth-generation warfare exploited the controversy to harm India’s image and prestige.

Earlier this year, Chinese media reported that India could be intimidated by a tweetstorm, such as a bully who can harm its economy. But boycotting India right away isn’t a matter of mickey-mouse. Both regions’ historical, cultural, religious, and strategic ties are powerful.

Trading between the ancient civilizations of the Indus Valley and the Dilmun lies at the heart of India’s historical ties with Arab nations. Traders, merchants, and religious men from the Arab world traversed the gigantic oceans to reach India’s coastline, where they enjoyed the friendly markets, culturally rich atmosphere, and hospitable people. During the 10th to 16th centuries CE, the port of Gogha in Gujarat was a central trading point. 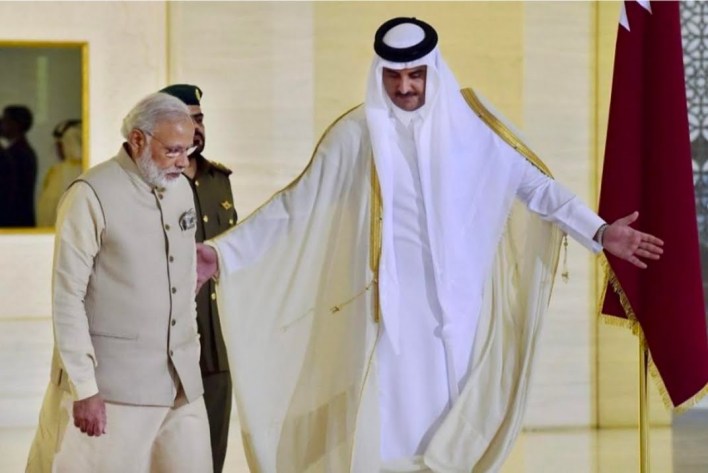 It has been active since the 5th century CE. In reality, Prophet Mohammed’s early companions landed in Ghogha around the early 7th century and built the Barwada mosque, which faces Jerusalem (not Mecca). The Bombay Presidency administered England’s imperial interests in the Gulf during the British era.

Indian premier Narendra Modi has been focusing on the Gulf since the start of his term in 2014 due to the significant relations India maintains with the Gulf countries. Throughout 2015-16, he visited all the capitals of the GCC and invited the Arab monarchs to travel to India. Saudi Arabia, the UAE, Qatar, Bahrain, and Oman were among the countries he visited.

It was the first time an Indian prime minister visited the UAE in 34 years when Modi visited the UAE in August 2015. Various sectors signed deals between the two nations. Besides airports and ports, the UAE has plans to invest in highways, construction, and petrochemical projects in India. To receive Saudi Crown Prince Mohammed Bin Salman – commonly known as MBS – in February 2019, Modi broke protocol. 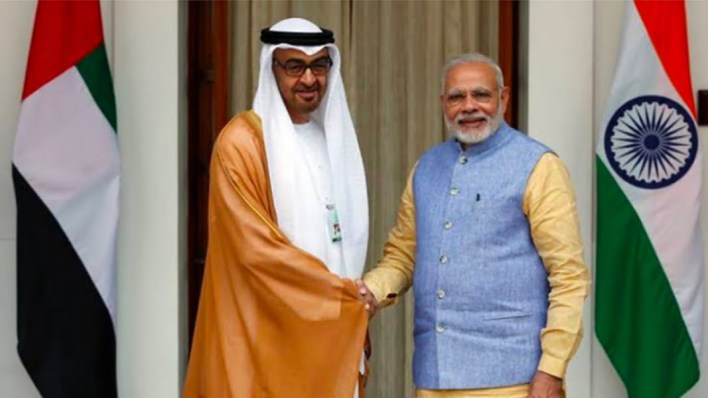 As soon as the Indian government heard about the death of Kuwait’s most revered leader, Sheikh Sabah Al-Ahmad Al-Sabah, a day of mourning was declared across the nation. The Kuwaiti government appreciated the gesture in Kuwait, and the government observed it very positively. Indian officials followed a day of mourning after Sheikh Khalifah bin Zayed Al-Nahyan, the president of the United Arab Emirates, died in May 2022. The UAE nationals and royals both appreciated the gesture.

The Energy, Expatriates, and Economy (EEE) relationship between Gulf nations and India was explained by Rahul Roy Chaudhury, a senior researcher at the International Institute for Strategic Studies (IISS). More than 8,900,000 Indians live in the Gulf, and their impressive remittances benefit India. Their remittances currently account for 65 percent of India’s total remittances.

“India imports 42 percent of its oil through the Gulf Cooperation Council (GCC) states. According to Roy, three of India’s five largest oil suppliers are Gulf states, with Saudi Arabia providing 20 percent. Liquefied Natural Gas (LNG) is also the dominant supply source for India from Qatar. Energy import disruptions from the Gulf will negatively affect the growth of India’s economy.” 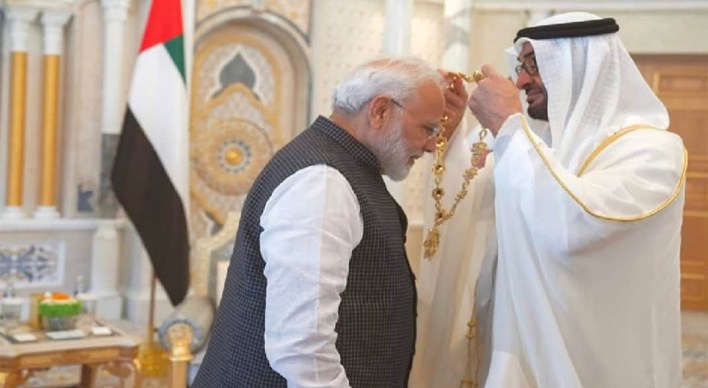 According to the Business Standard report, UAE ranks second among India’s top export and import markets. Saudi Arabia ranked fourth among India’s leading trading and import partners based on volume in the last fiscal year. A Comprehensive Economic Partnership Agreement (CEPA) between India and the UAE was signed in February 2022 and has been implemented since last month.

Before signing a preferential trade deal on limited goods, India and Oman will conduct a joint feasibility study. In 2019-20, India exported $62 billion of hydrocarbons to the Gulf region – 36% of the total. Almost 15 percent of India’s trade takes place in Gulf countries.

See also  Is reservation for two categories, OBC and EWS timed for electoral benefits than welfare?

India’s military and intelligence ties to the Gulf regions, particularly Saudi Arabia and the UAE, are profound. In recent years, they have improved dramatically. The former Saudi Arabian ambassador, Dr. Ausaf Saeed, held the position from April 2019 to March 2022. During that time, he extensively handled issues related to politics, economics, consular affairs, cultural issues, and Hajj management.

Saudi Arabia and India witnessed a lot of cooperation under his leadership, including previously overlooked areas. Modi and Mohammed bin Salman talked via teleconference in March 2021. A Saudi foreign minister visited India in September.

On the eastern coast of Jubail in Saudi Arabia, the first bilateral Naval exercise Al Mohed-Al Hindi has been conducted since August 2021. General Fahd Bin Abdullah, commander of Saudi land forces, paid a historic visit to India in February 2022 and had extensive discussions with Gen. M.M. Naravane, the former Indian Army chief. 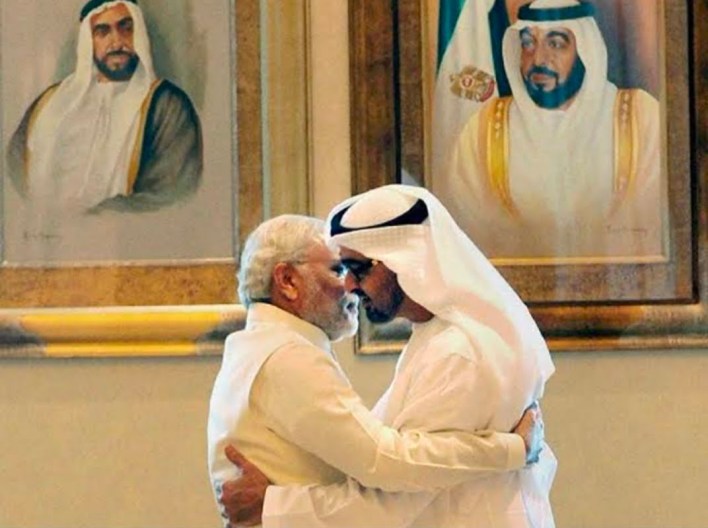 During the recent escalating US-Iran tensions in Gulf waters, Iran took and attacked the UAE oil tankers in the Strait of Hormuz. In response, India dispatched its naval ships to restrain Iranian aggression and protect Arab oil tankers. Zabiuddin Ansari aka Abu Jundal, the handler of the ten terrorists in the 2008 Mumbai attacks, was India’s most-wanted terrorist in June 2012. The deportee was arrested once he arrived in Delhi after deportation from Saudi Arabia.

People need to remember that calling for sanctions on India is a hypothetical move since it means not only the strain on relations with India but that Indian Muslims will not be able to visit Mecca or Madina. When diplomatic ties with India are severed, there will be no embassy in Saudi Arabia, so the pilgrims who would like to perform the Hajj or Umrah pilgrimage would have no diplomatic representation inside the Kingdom.

The Saudi leadership, which has a moderate interpretation of Islam, would never do such a powerful thing as ban Indian Muslims from performing rituals because of some political feud.

Post-pandemic has seen a significant reset in India-Gulf relations. Talmiz Ahmed, former Indian ambassador to the Kingdom, mentioned in 2021 that the Gulf invests heavily in India’s agriculture industry. India loses about 21 million tonnes of wheat annually, worth $8.3 billion, due to inadequate storage and distribution facilities, he writes in an article for the Observer Research Foundation. 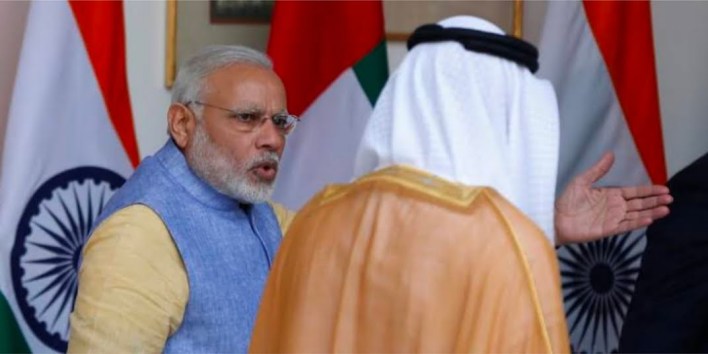 Additionally, despite the grain ban it announced for the rest of the world, India stated in May 2022 that it would export wheat to Saudi Arabia and the UAE. Saudi Arabia’s leading automobile brand, Abdul Latif Jameel, well-known for selling Toyota automobiles, recently committed $220 million to a small Indian company called Greaves Electric Mobility, which designs, manufactures, and sells two-wheelers or three-wheelers.

Saudi Arabia released its new 20 Riyal note in October 2021, commemorating its G20 presidency. Jammu and Kashmir are shown on the map as separate from India. Dr. Ausaf Saeed, then India’s ambassador, raised the issue with his counterparts, which led India to learn that Saudi Arabia had withdrawn its currency. No matter what reservations and disagreements may have existed between the Gulf nations and India, they have always been unbreakable. No unpleasant outcome has ever occurred between the two regions. 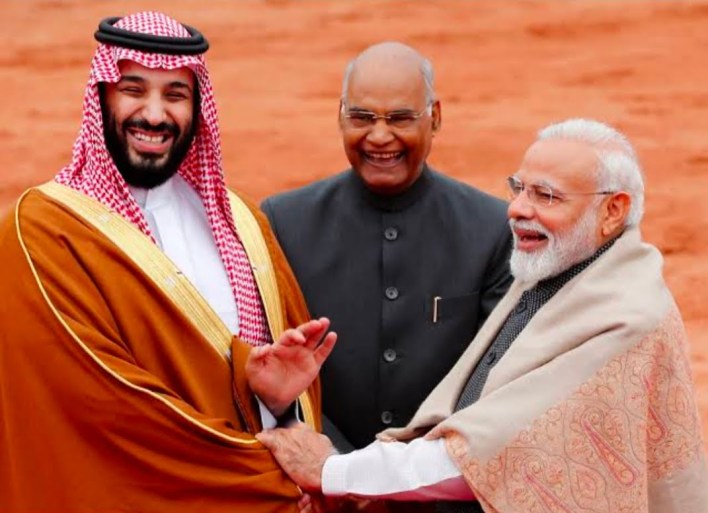 The media is causing anxiety in India by saying that Gulf countries will retaliate strongly against India for the recent controversy. However, this has never happened. In India, the people showed maturity, and the relations now returned to normal after those who used simple language for the Prophet were brought to book immediately. India and the Gulf nations will fall apart if there is a fallout.