On Tuesday won the IPL title sponsorship rights with a bid of Rs 222 crore, replacing Chinese mobile phone company Vivo for a four-and-a-half month deal.Dream11 has been one of the IPL sponsors for a couple of years now.

Vivo and the BCCI suspended a Rs 440 crore per year deal for this season owing to the border stand-off between India and China. The IPL starts on September 19 in the UAE, moved out of India due to the COVID-19 pandemic this year.

There are certain questions about Chinese company Tencent’s investment in Dream11 but one of the BCCI insiders privy to the development said that it is less than 10 percent.

Dream11 is an Indian company founded by Harsh Jain and Bhavit Sheth. “Dream11 stakeholders, including its founders plus all 400-plus employees, are Indian,” a BCCI source said.

“Their Indian investors are Kalaari Capital and Multiples Equity. Even Dream11’s product is available exclusively for use only by Indians. Only a single-digit percentage minority stake is held by Tencent,” the official added.However, as recently as last month, the BCCI’s Anti Corruption Unit (ACU) had sought an inquiry into the company after it was reported that the platform had links to a fake T20 league held in a Punjab town but live-streamed as a game in Sri Lanka.

The ACU investigations showed that kits used by players in the tournament had the Dream11 logo and the event was live-streamed on FanCode. Both Dream11 and FanCode are part of Dream Sports group.

Title sponsor at a short time

It couldn’t be confirmed whether the BCCI’s ACU is still investigating Dream11.
While the BCCI managed a title sponsor at a short time but the money coming in is less than what it was getting from Vivo.
“…that was always going to be the case. Those who were expecting that Vivo’s bid will be matched were unaware about current economic climate. The Tatas may have had filed Expression of Interest but they were never interested in bidding. BCCI wanted Tata as their presence adds a lot of credibility,” an industry insider said. 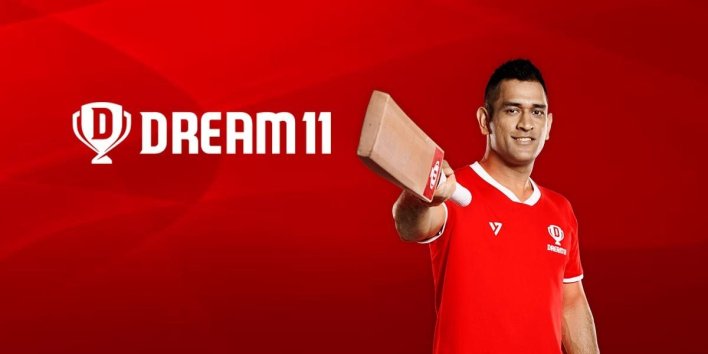 BCCI insiders feel that Dream11 deal, along with the official sponsorship amount coming from Unacademy and payment app Cred, the two companies that have come on board in the central sponsorship pool, will cover the losses to a considerable extent.

The two companies have paid Rs 40 crore each. BCCI’s total income from official sponsorship is Rs 222 crore plus Rs 80 crore, which adds up to Rs 302 crore.
“Think for four months and you will see that it’s not at all a bad deal for such a short span of time,” another BCCI veteran said.

Cannabis dispensaries’ online sales are way up, and Dutchie, which connects them to their customers, is a major beneficiary