According to over 70% of major academic economists polled by the Financial Times, the US economy will enter a recession next year.

The latest survey, conducted in collaboration with the Initiative on Global Markets at the University of Chicago’s Booth School of Business, indicates that the world’s largest economy is facing mounting headwinds after one of the fastest recoveries in history, as the Federal Reserve ramps up efforts to contain the highest inflation in about 40 years.

The Federal Reserve of the United States has already begun what will be one of the most rapid tightening cycles in decades. It has boosted its benchmark policy rate by 0.75 percentage points from near-zero levels since March. 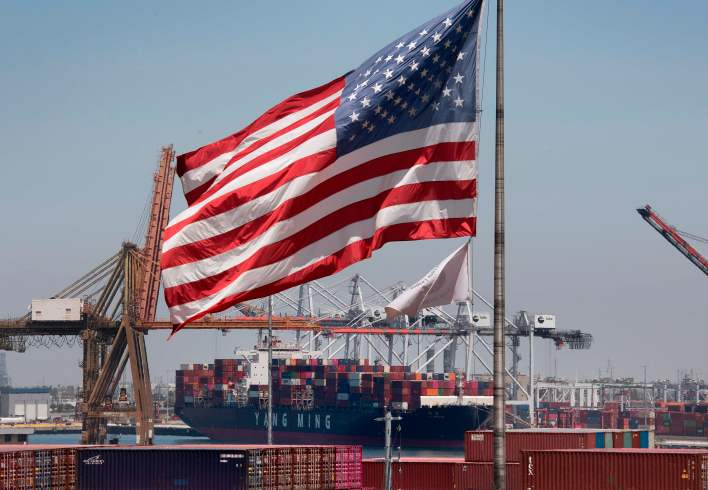 The Federal Open Market Committee meets again on Tuesday for a two-day policy meeting, during which policymakers are expected to enact the first back-to-back half-point rate increases since 1994 and signal that the pace will be maintained until at least September.

Almost 40% of the 49 respondents believe the National Bureau of Economic Research, which determines when recessions begin and finish, would declare one in the first or second quarter of 2023. A third predicts the announcement will be postponed until the second part of next year.

The majority of analysts polled expect that the next recession will begin in 2023.

A recession, according to the NBER, is defined as a “significant fall in economic activity that is distributed across the economy and lasts longer than a few months.”

Only one analyst predicts a recession in 2022, with the majority anticipating monthly employment growth of 200,000 to 300,000 for the rest of the year. According to the median December projection, the jobless rate will remain at 3.7%.

The poll results, which were gathered between June 6 and June 9, contradict the Fed’s position that it can dampen demand without incurring significant economic hardship. The Fed anticipates that when interest rates rise, firms in the red-hot US labor market will choose to reduce record-high job vacancies rather than lay off workers, slowing wage growth. 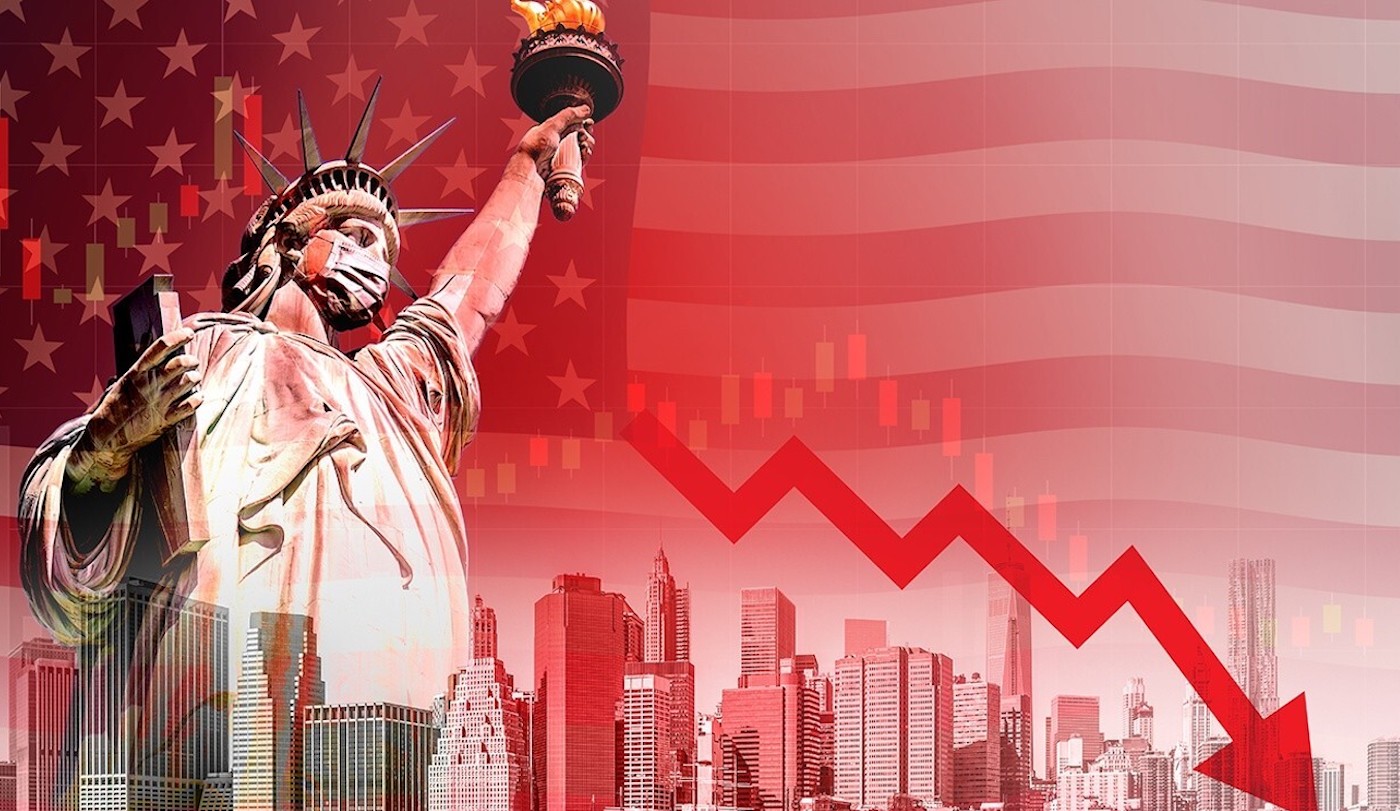 The Fed’s chairman, Jay Powell, has admitted that the central bank’s attempts to reduce inflation may inflict “some pain,” resulting in a “softish” landing with the unemployment rate rising “a few ticks.”

However, given the severity of the inflation issue and the fact that monetary policy would need to shift to significantly tighter settings shortly to solve it, many of the economists questioned are concerned about a more negative consequence.

More experts now believe that core inflation, as assessed by the personal consumption expenditures price index, will reach 3% by the end of 2023, compared to February’s poll.

In June, 13% of respondents felt that outcome was “extremely likely,” up from 4% earlier this year. Over the same period, the proportion of economists polled who felt that level was “unlikely” has virtually halved.

Geopolitical concerns, as well as the projected increase in energy costs, were overwhelmingly mentioned as a cause potentially sustaining upward pressure on inflation over the next 12 months, followed by lengthy supply chain disruptions. The median prediction for core inflation at the end of the year is 4.3 percent.

The notable pessimism around both inflation and growth has stag factionary undertones, according to Jonathan Wright, an economist at Johns Hopkins University who helped design the survey, though he noted the circumstances are far different from the 1970s, when the term embodied a “much nastier mix of high inflation and recession.”

Nearly 40% of economists cautioned that if the Fed merely raised the federal funds rate to 2.8% by the end of the year, it would fail to manage inflation. This would need half-point rate increases at the central bank’s next three meetings in June, July, and September, before returning to the more customary quarter-point cadence for the final two conferences in 2022.

Few respondents expect the Fed to raise interest rates by 0.75 percentage points. Further rate hikes are also probable far into next year, according to Christiane Baumeister, a professor at the University of Notre Dame, who believes the Fed’s benchmark policy rate may reach 4% in 2023. This is barely above the level at which the majority of economists polled expect the tightening cycle would reach its apex. 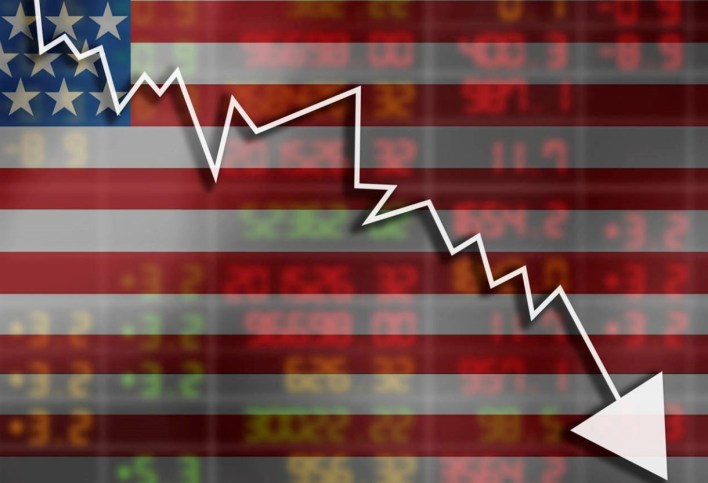 Dean Croushore, an economist at the Fed’s Philadelphia branch for 14 years, warned that the central bank may eventually need to hike rates to about 5% to address a problem he said was partly caused by the Fed taking “far too long” to respond.

“It’s always difficult to bring inflation down after it’s gotten out of hand,” said Croushore, who currently teaches at the University of Richmond. “If they just accelerated the rate rises a little bit more, it would generate some financial turbulence in the near term, but they might be better off afterward by not having to do as much.”

A US recession could provide Indian economy the relief it needs

Several analysts have projected that the United States, the world’s largest economy, would enter a recession in the near future. According to a Nomura analysis, with quickly declining growth momentum and the US Fed’s commitment to taming inflation, a small recession in the December quarter of this year is now more likely than not. 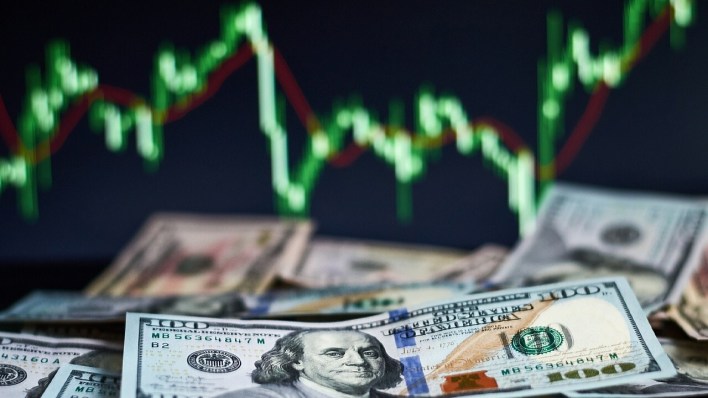 “Financial conditions are expected to tighten further, consumers are facing a large negative mood shock, disruptions in energy and food supplies have intensified, and the prognosis for overseas growth has deteriorated.” “All of these factors are likely to contribute to the anticipated decline,” said Nomura analysts.

Goldman Sachs economists now predict that the likelihood of the United States experiencing a recession within the next year has increased from 15% to 30%. According to Morgan Stanley CEO James Gorman, there is a 50% risk that the US economy will enter a recession.

A recession is often characterized as a severe drop in economic activity that is widespread and lasts longer than a few months. In the United States, gas and food costs are at all-time highs, leading in 40-year-high inflation.

A US recession might be beneficial to the Indian economy.

Crude oil prices have moderated in the previous three months, with Brent crude oil presently trading at roughly $115, compared to its recent record of over $128. The drop in crude oil prices is being ascribed to worries of a worldwide economic recession as a result of aggressive monetary policy tightening by central banks throughout the world. In addition, continuing Covid-led lock-downs in portions of China lowered costs.

These factors have contributed to reduce energy consumption, and as demand has decreased, prices have begun to fall. This is a beneficial development for a country like India, which imports 80 percent of its crude oil needs.

“If the US economy slows, commodities prices may fall dramatically.” In other words, if crude oil commodity prices fall, India would profit because the US is one of the largest users of fuel,” Kranthi Bathini, director of equities strategy at WealthMills Securities, told Business Insider India.

Despite the fact that recession fears are becoming more widespread, many predict it will not be as severe as the Great Financial Crisis of 2008.

“The recession may not be that severe, but it may be a minor one with an increase in the unemployment rate, sluggish demand, falling markets, and a general drop in commodity prices that have seen huge price appreciation recently,” Manoj Dalmia, founder and director at Proficient Equities, told Business Insider. 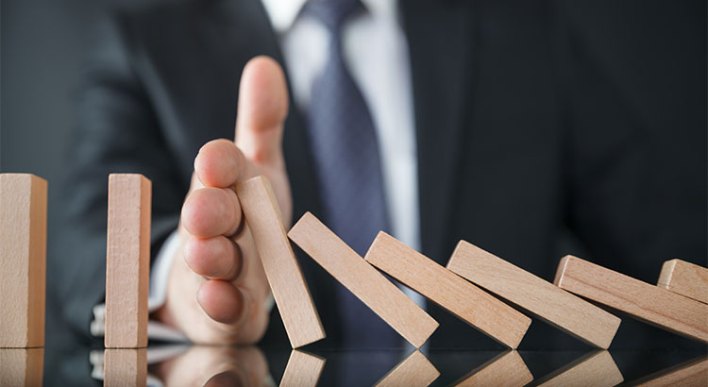 Bathini echoed similar comments, saying, “This time is absolutely different since inflation is at an all-time high.” As a result, policymakers in the United States want to slow the economy and keep inflation under control,” he continued.

How did the war between Russia and Ukraine trigger a food crisis?