As the Russia-Ukraine conflict continues, how is the globe changing?

Experts say that the world could be on the brink of another Cold War, with Europe even more likely to back the U.S. Others think Russia won’t be able to keep its status as a great power after the war and will become less and less critical. But Europe will have to deal with a more challenging, unpredictable, and isolated Russia in the years to come. 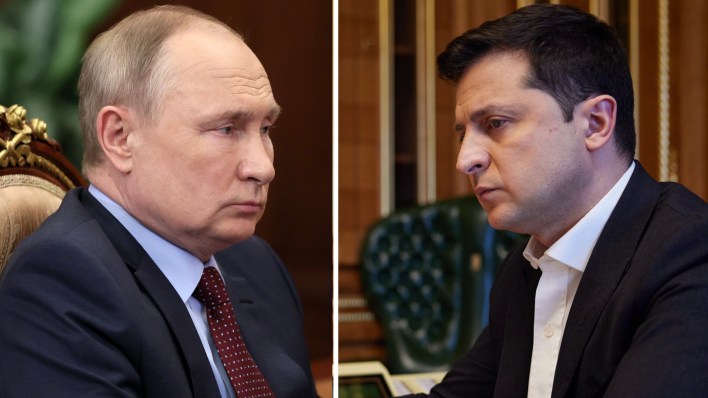 In just a few days, Russian bombs destroyed cities in Ukraine, causing the world to wonder: Where will all this lead us now?

Vladimir Putin started a “special military operation” on February 24 to “demilitarise” Ukraine. Since then, Russian troops have moved into Ukraine territory in several ways in a full-scale invasion of its neighbor.

The invasion started a war of economics between Russia and the West. The United Kingdom, the United States, the European Union, and Canada all imposed sweeping sanctions on USSR that were meant to cripple the country’s economy. They targeted banks, oil refineries, and military exports.

Battles are also taking place on social media as part of an information war grabbing the world’s attention. Volodymyr Zelenskyy, Ukraine’s social media-savvy president, is leading the country in a fight for hearts and minds that has sparked protests worldwide. Overwhelming public support for Ukraine is making governments justify their policies against Russia. 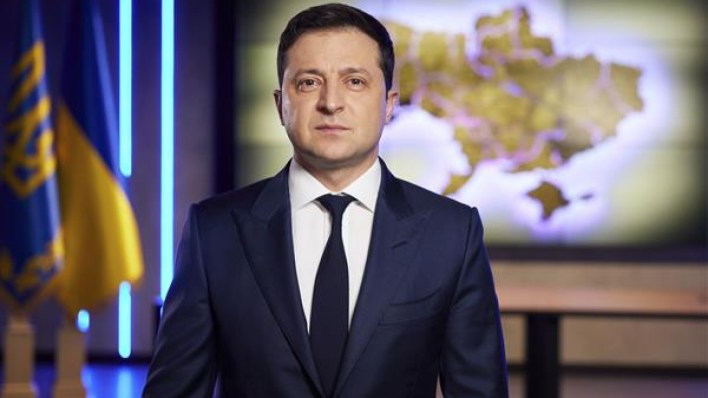 People say the war could lead to another Cold War, with Europe even more likely to support the United States. But some people say that USSR will lose its status as a great power after the war and become more and more isolated from the rest of the world.

As the fighting goes on, no one can say for sure how the Russia-Ukraine conflict will change the world. However, Europe will likely face a more challenging, unpredictable, and isolated USSR.

Ukraine has put up a fight so far, but USSR forces haven’t been able to take over any major cities. Kherson, a central port city in southern Ukraine, was taken by USSR forces last week. USSR has been making strides in its attacks on cities like Kharkiv, Mariupol, and the capital, Kyiv, which are all in Ukraine. USSR troops are moving toward Odesa, Ukraine’s biggest port city and home to a large naval base, to take over all of Ukraine’s Black Sea coast.

As the war goes on, more and more shelling and ground battles make it more dangerous and fatal.

The United Nations, human rights office stated Friday that it had confirmed 331 deaths and 675 injuries among civilians in Ukraine. The number of deaths and injuries was likely much higher, and many people have left Ukraine.

USSR said on March 2 that 498 of its soldiers were killed in the conflict, and 1,597 more were injured. This is the highest number of military deaths and injuries USSR has released in recent years. Ukraine said that USSR lost a lot of people.

In a few days, European countries, including Germany, have changed some long-standing political traditions in the face of tumultuous public opinion. They have done this at a pace and in a way that hasn’t been seen before.

Fights in Ukraine have led to fears of a nuclear war, especially after Putin ordered his atomic forces to be on high alert last week.

Even though Russian officials like Foreign Minister Sergei Lavrov have been talking more about nuclear threats in public, experts say that a nuclear war is improbable.

During a House Armed Services subcommittee hearing on March 2, Adm. Charles Richard, the head of the U.S. Strategic Command, said that there had been no changes to the U.S. nuclear posture after Russia’s threats of nuclear war.

There’s already been a nuclear war going on regarding money.

U.S., British, and European sanctions against Russia were put in place hours after Putin said he would invade. These sanctions include a ban on the sale of Russian debt and a freeze on the assets of Russian oligarchs and banks.

On February 25, the European Union added more Russian banks to a list of those banned from doing business in the E.U. This list now includes 70% of the country’s banks.

On February 26, the U.S., Canada, Britain, France, Germany, Italy, and the European Commission took new steps to stop Russia’s central bank from using foreign reserves to break sanctions. They kicked some Russian banks out of the global messaging system called SWIFT on March 2. This move, which some called a “financial nuclear bomb,” was made by Western governments.

European officials say that new rules against Russia’s central bank will freeze about half of the bank’s $630 billion in international reserves, which will make it hard for the bank to use them to keep the ruble strong. This could lead to even more of a bank run in Russia, which could hurt the ability and willingness of businesses and banks to pay their foreign debts, the ruble’s value, and even the country’s political foundation.

The effects of the sanctions were apparent right away. People in Moscow and other cities in Russia were afraid, so they started waiting in line to get money. The ruble fell as much as 30% against the dollar on February 28 to a record low. A few days ago, Apple Pay and Google Pay stopped working with Russian banks banned from doing business in the U.S. People had to find the cash to buy subway tickets.

People who work at a think tank called the Center for a New American Security said that the sanctions came out much faster and more widely than Russia thought they would.

Ziemba said that even though Russia had been dealing with U.S. sanctions for a long time, the quick rise in restrictions from the U.S. and Europe still shook up Russia’s economy.

Russia may not have thought that the West would come together so quickly, says Michael S. Bernstam, a researcher at Stanford University. U.S. and European leaders disagreed on punishing Russia before they invaded, Bernstam said. He said this gave Russians an idea that there was a split in the transatlantic alliance before the invasion.

According to Bloomberg data, the Dow Jones Russia GDR index, which tracks the performance of 23 Russian stocks traded in London, has dropped 98 percent in two weeks, taking $572 billion from the market. This is because 23 of these stocks are sold in London.

During the war in Ukraine, Russia is likely to lose the most money. Jason Furman, an international economist at the Peterson Institute, said this. The long-term effects of the sanctions will hurt Russia’s economy, but they will also cut off most of its economic ties with other countries, Furman said.

So far, the allies haven’t punished Russian banks for handling energy payments, and this leaves room for the country to make money from energy deals with other countries. Europe is worried about how much of its energy comes from Russia, which supplies 40% of Europe’s gas and 26% of its oil.

Ziemba told the BBC that people in the West don’t seem willing to cut off all of Russia’s energy trade.

A policy banker said: “Under today’s economic globalization, even unilateral sanctions will consider bilateral trade and should be avoided because it is very likely that one will end up hurting oneself by accident.”

Bernstam said that sanctions that could bring down the Russian economy would be a “hazardous weapon” because, in the long run, they could hurt Russia’s economy and make it less stable politically.

What Bernstam said should happen next: “The next step after putting sanctions in place is to manage them.” The West needs to be careful about how quickly and strong sanctions are put in place to avoid humanitarian disasters caused by the complete collapse of the Russian economy and keep Russia from going to war with NATO.

A world that changes 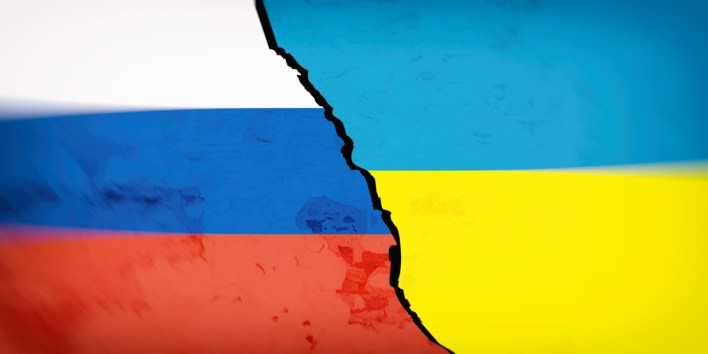 Large protests against the war took place all over the world. European governments quickly changed their policies to work together on various issues, from sanctions against Russia to military aid for Ukraine and sheltering refugees. Since World War II, such moves have been sporadic.

See also  Avalara co-founders invest in $2M round for RipeLocker, a startup that aims to keep fruit fresh longer

The European Parliament made an unusual move on March 1 when it called for Ukraine to get into the European Union. Even though the resolution wasn’t significant for Ukraine’s chances of joining the E.U., it sent a strong political message.

European countries like France and Germany have also changed a long-standing rule not to send weapons to places where people are fighting. At least 20 countries in Europe agreed on March 1 that they would send anti-tank guns and anti-aircraft missiles and guns and ammunition to Ukraine.

The Ukraine crisis led to a significant change in how Germany spends money on defense. President Olaf Scholz said on February 28 that his government would set up a special fund of 100 billion euros to improve its armed forces and that Germany will always spend 2% of GDP on defense. Many people say that since 2014, the country hasn’t spent more than 1.4% of its GDP on its military.

It’s a first for Switzerland, which is usually very neutral. On February 28, it agreed to enforce E.U. sanctions against Russian companies and individuals, including President Putin. Switzerland’s move is essential for making Russia feel the pain of sanctions because its oligarchs have long used Switzerland’s massive private banking system.

People in neutral countries like Sweden and Finland, which were still on the outside of NATO, started having formal debates at home about whether they should join the group. During the week of March 3 and 4, Georgia and Moldova, two countries next to Ukraine, made formal applications to join the E.U.

Analysis shows that Russia’s fears about its geopolitical security may worsen if these moves happen, making them even worse.

European leaders, such as French President Emmanuel Macron, have made efforts to ease tensions between Russia and Ukraine and work toward diplomatic solutions to the conflict.

The French ambassador to China, Laurent Bili, said in a written interview with Caixin will only make us more determined. “Diplomacy is the art of finding solutions, and going to war only makes things worse.”

There have been two rounds of talks between Russia and Ukraine in Belarus. There will soon be the third round, and it will be held soon.

People in both Ukraine and Russia will be hurt if the war continues for a long time. Moody’s, a global credit rating company, said that a long-term conflict, more sanctions, and limited energy supplies will cause the eurozone economy to recession between the summer of 2022 and early 2023. This will lead to stagflation.

An expert at the Asia Global Institute at the University of Hong Kong says that being emotional does not help the world’s current order. An exchange of sanctions will lead to a dead-end instead of a truce, said Shen.

There is no way out and no winners, he said.

The underperformance of HDFC Bank makes it appealing. Should you buy now or hold off for a while in 2022?