FIFA has confirmed that the sale of beer is prohibited at the stadiums hosting the 2022 World Cup in Qatar in a last-minute change of plans.

The tiny but outrageously affluent Gulf nation of Qatar has been preparing to host the World Cup of soccer i.e FIFA for the past 12 years. The nation has entirely transformed itself throughout this time by building stadiums, hotels, highways, sidewalks, and even a brand-new, shining metro system.

However, it didn’t decide on the sale of beer during the competition until Friday. It decided to forbid its sale at the eight stadiums hosting the tournament, much to the dismay of the anticipated one million spectators who will arrive in the upcoming days.

The latest flashpoint in the ongoing culture clash caused by holding the event in a tiny, traditional Middle Eastern monarchy was Qatar’s rapid change of heart, which was made public by FIFA.

Beer, a staple at sporting events around the world but outright forbidden in Qatar, has been desired by local organizers and international soccer officials ever since Qatar was unexpectedly awarded the hosting rights for the World Cup more than 10 years ago. However, the message was changed two days before the first game of the event. 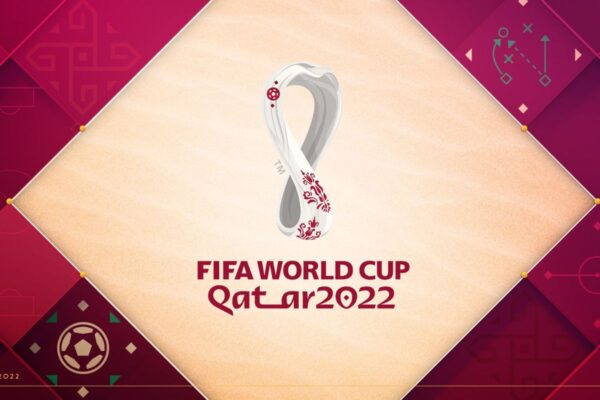 The only alcoholic beverages that will be available to fans at sporting events, according to Qatari authorities. Thousands of World Cup fans didn’t get the news until after their flights had touched down in Doha. Seven Mexican soccer fans who had just arrived in Qatar on Friday were shocked to learn that they would not be allowed to drink in the stadiums.

Diego Anbric, 29, declared: “I was shocked to hear it; it’s a catastrophe. He is attending his first World Cup there.” The news is horrible. The beer is a part of the stadium’s atmosphere. The quick change was consistent with the competition’s regularly changing alcohol policy and its accessibility to fans at games, however, it is unknown what caused the prohibition to be implemented so close to the tournament.

Plans have frequently been made, altered, and then remade, which could be an indication that internal politics or perhaps influence from the royal family were at work.

FIFA claims that after discussions with the host nation’s government, the decision to limit the sale of alcoholic beverages to the FIFA Fan Festival, other fan attractions, and licensed establishments were made.

The judgment stated that it would be required to “remove alcohol sales stations from Qatar’s FIFA World Cup 2022 stadium perimeters.” The choice to outlaw beer was made a week after a directive ordering the relocation of dozens of red beer tents with the branding of Budweiser, a longtime World Cup sponsor and the competition’s official beer, to more secret locations at Qatar’s World Cup stadiums, away from where the majority of spectators would pass, was issued. 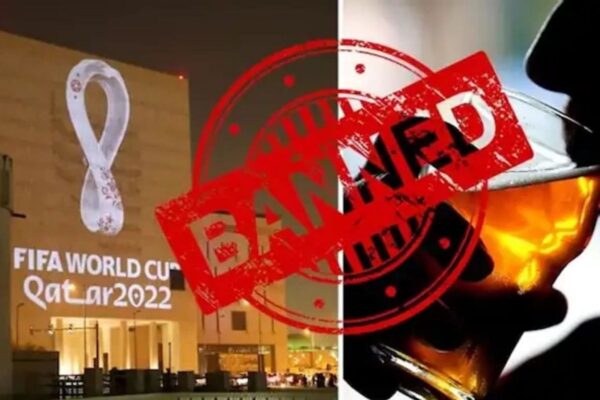 According to three employees who were there when that previous adjustment was made, the staff was informed that it had been done so in compliance with security advice.

But it was clear that the arrangement was unbreakable when it was revealed that the alteration was the invention of Sheikh Jassim bin Hamad bin Khalifa al-Thani, the brother of Qatar’s ruling emir and the royal who was most involved in the tournament’s day-to-day management.

Now, alcohol won’t just be avoided; it won’t even be made available to supporters. The most recent and significant bone of conflict between FIFA and Qatar is the suspension. In an ambitious endeavour to promote itself on the world stage, Qatar sought and was awarded the privilege to host the World Cup.

In recent weeks, the emir of Qatar and other government representatives have intensified the vocal defence of their nation. Their most recent reversal, though, will infuriate supporters, necessitate last-minute changes, and jeopardize FIFA’s $75 million sponsorship agreement with Budweiser.

Budweiser has been a recurring sponsor of FIFA since the year before the 1986 World Cup in Mexico, and it is anticipated to have a large impact in Qatar as well. By Friday, it had already taken over the sumptuous W Hotel in one of Doha’s wealthiest neighbourhoods, where it planned to welcome guests and offer them alcohol as well as live match screenings.

It was unable to stop Qatar from banning its products, raising concerns that FIFA—which has faced years of vehement criticism for its decision to send its flagship event to the country—may no longer have total authority over crucial decisions relating to the event.

For instance, ten years ago, when Brazil was hosting the 2014 World Cup, the soccer association exerted pressure on the Brazilian government to change a law to permit alcohol to be served in stadiums, a practice that had been illegal in Brazil since 2003.

Instead, FIFA in Qatar has acceded to the demands of the host country. That gave rise to the possibility that other promises, such as those relating to press freedom, open assembly, and the rights of LGBTQ+ visitors, may not be as stable as Qatar and FIFA have claimed.

The Football Supporters Association, a British fan advocacy group, appealed the ruling. While watching games, some sports enthusiasts want to drink beer, while others don’t. The group claimed in a statement that the organizing committee’s complete lack of communication with its supporters is the true issue.

The research notes that if supporters can change their minds on this at any time and without notice, “Supporters will have understandable concerns about whether they will fulfil their pledges to other issues relating to accommodations, transportation, or cultural hurdles.”

Alcohol use seems to be limited to sports fans only. Beer and other drinks, such as an official FIFA Champagne and a choice of sommelier-selected wines, will still be available in the stadium’s luxurious suites reserved for FIFA officials and other wealthy visitors.

Since winning the privilege to host the World Cup in 2010, Qatar has grappled with the alcohol problem. Sales are strictly controlled even though it is available across the country. The majority of visitors could only buy beer and other alcoholic beverages before the World Cup.

The World Cup organizers made the statement that they “appreciate AB InBev’s understanding and continued support to our joint commitment to cater for everyone” in an apparent attempt to placate Budweiser and Anheuser-Busch InBev, the multinational company with its headquarters in Belgium and parent company of Budweiser. 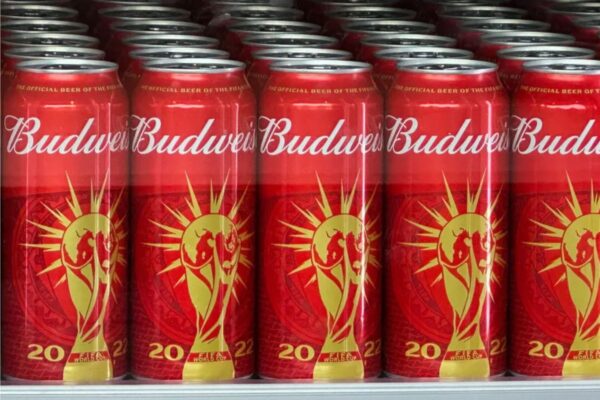 Initially, the company’s only statement to the public was a sarcastic post from its Twitter account that said, “Well, this is embarrassing. The tweet was removed about 90 minutes later, just before FIFA’s statement became public. Later, a spokeswoman for the company said that “circumstances beyond our control” forced the company to abandon some of its World Cup marketing plans.

Beer sales at World Cups are sometimes a thorny topic, but this week’s Qatari organizers tried to minimize it by saying that operational plans were still being finished. Additionally, it noted that the “pouring times and the number of pouring destinations” were identical across all eight stadiums.

After FIFA, which pays Budweiser $75 million for each four-year World Cup cycle, asked that the concession shops be moved, Budweiser earlier said that it was collaborating with the organizers.

Under the most recent design, the brewer’s red tents may no longer be visible at any nearby stadiums; unbranded white equivalents are being considered. Since Budweiser Zero is the company’s non-alcoholic brand, blue refrigerators are anticipated to take the place of the company’s renowned red ones.

Alcohol will not be sold inside stadium walls or in brand activation areas during the World Cup in Qatar, according to FIFA.

A decision has been made to eliminate beer sales points from Qatar’s FIFA World Cup 2022 stadium perimeters and to restrict the sale of alcoholic beverages to the FIFA Fan Festival, other fan attractions, and licensed businesses.

Bud Zero is still readily available and will continue to be so at all of Qatar’s World Cup venues.

The host nation’s authorities and FIFA will continue to make sure that every fan has a happy, pleasant experience at the stadiums and surrounding areas. The FIFA World Cup Qatar 2022 organizers appreciate AB InBev’s comprehension of and continued support for our common mission to provide accessibility for everyone.

Before then, FIFA’s fan guide advised ticket holders that they could buy Budweiser in the Brand Activation Areas inside the stadium’s perimeter three hours before the start and one hour after the play ended.

According to The Times, FIFA chose to be under pressure from the Qatari government to stop selling Budweiser at the eight host stadiums. Therefore, at this time, the only areas where alcohol is guaranteed to be sold are fan parks and other venues with appropriate licenses, including hotels.

According to the Times piece, if FIFA accepted the idea, they would be in breach of a big deal with Budweiser. Just two days before Qatar’s opening competition match against Ecuador, the decision to ban alcohol use was taken.

It is anticipated that the ban won’t apply to hospitality boxes. While the price of a suite starts at £19,000. The Football Supporters’ Association issued a statement sharply condemning the behaviour.

The actual issue is the last-minute U-turn, which highlights a bigger problem: the organizing committee’s total lack of transparency and communication with supporters. While some fans like to drink beer during games, others don’t.

“There will be understandable concerns about whether supporters will meet other commitments relating to accommodations, transportation, or cultural issues if they can change their views about this at any time, without explanation.”

Drinking alcohol is legal in Qatar. The prohibition against drinking in public, however, was relaxed in time for the World Cup. Fans may only consume alcohol in specifically licensed public areas, some of which were the Brand Activation Areas inside the stadium’s perimeter. That’s not the case anymore.

Drinking outside of approved areas could result in a fine of up to 3,000 Riyals, or roughly £700, and a six-month jail sentence, according to Gov.UK.

Google will settle a US location-tracking investigation for close to $400 million.