The first-ever sales of sovereign green bonds have been tentatively scheduled by the Reserve Bank of India (RBI), and it is expected that Rs 16,000 crore worth of these securities will be issued in total during the current fiscal year.

According to the government, sovereign green bonds would be used to raise money for green infrastructure, with the earnings going toward public initiatives.

Market participants estimate that foreign banks and investors will participate actively in the auction, but they do not anticipate any significant interest from local investors.

The Union Budget for 2022–2023 referred SGrBs in line to notably reduce the economy’s carbon intensity.

Green Bonds will assist the government in obtaining the necessary funding from potential investors for use in public sector projects intended to lower the economy’s carbon intensity.

According to Pankaj Chaudhary, Union Minister of State for Finance, the goal of sovereign green bonds is to mobilize funding for green infrastructure as part of the government’s overall market borrowings in 2022–2023. According to RBI, the sovereign green bond auction will use the uniform pricing mechanism, and 5% of the notified amount of the sale will be set aside for retail investors under the non-competitive bidding facility.

RBI said that in addition to being eligible for consideration as Statutory Liquidity Ratio (SLR) assets, sovereign green bonds would now be eligible for repurchase, or repo, operations.

According to RBI regulations, sovereign green bonds will be eligible for ‘when issued’ trading just like conventional government securities, the central bank said. When issued trading is a category of transactions that permits market participants to make offers at specific price points before a bond is auctioned off.

Analysts claim that the development of a favorable ecosystem for such assets, as is the case in certain nations, will be crucial to the government’s goal to issue green bonds. For the successful issuing of green bonds, in particular, a well-established network of international investment would be essential. 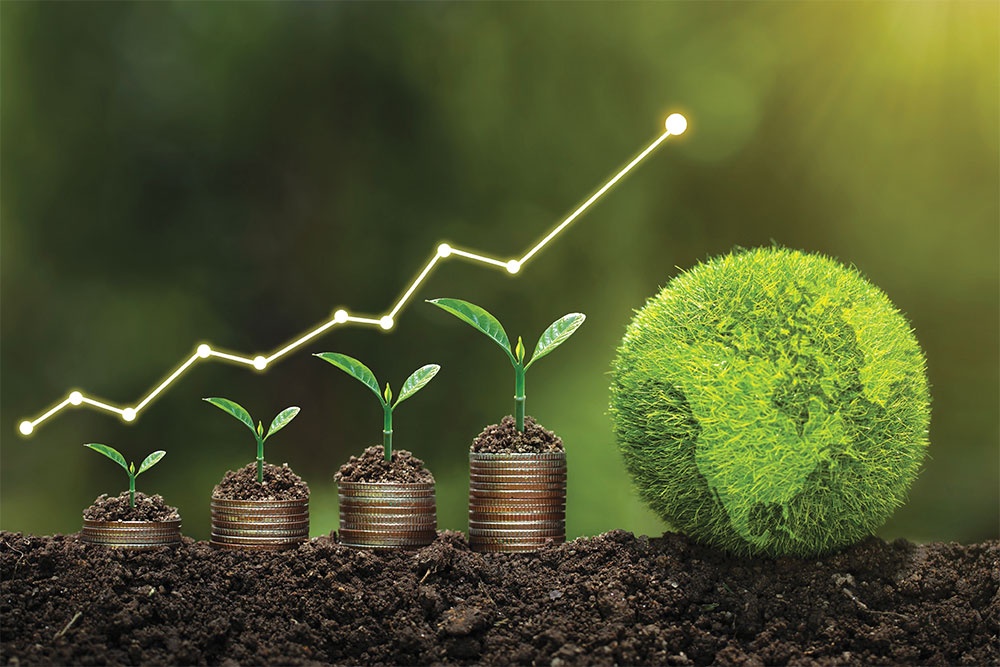 Since they are created to make it easier for environmentally friendly projects to obtain less expensive funding, green bonds are generally issued at a higher price than other types of debt. This indicates that green bonds provide investors with a lower Interest Rate than traditional financial securities.

As sovereign borrowing is regarded as being risk-free, such government-issued bonds would theoretically have an even higher premium—or lower interest rate.

Furthermore, the government unveiled the framework for sovereign green bonds in November of last year. To choose qualified projects for finance, which do not include large hydropower plants, a committee led by the chief economic adviser was established.

According to the framework, the success of the qualified projects will not affect how much principal and interest are paid on the green bonds. Investors won’t be responsible for any project-related risks as a result.

“The acceptable expenses can only be those made by the government up to 12 months previous to the issuing. Within 24 months of the issuance, it will be aimed to allocate all funds to projects “stated the framework.

According to the government’s green bond framework, funds raised via green bonds will not be used to support nuclear projects, hydropower plants larger than 25 MW, or any biomass-based power generation that uses biomass from protected regions.

Public sector projects proposed by government agencies will be chosen for green funding by a working committee on green finance led by the chief economist V Anantha Nageswaran.

According to the government, the committee will choose projects under the direction of environmental experts and ministers overseeing the environment, forestry, and climate change.

Each year, the committee will choose new initiatives to sponsor with green bonds.

The panel will make sure that the bond revenues are distributed within 24 months of the date of issuance. A little over $11 billion in issuance in 2013 increased rapidly to over $568 billion in 2021 in the market for sovereign green bonds. The market’s overall size has topped $1 trillion over time around the world.

These green bonds, as opposed to conventional bonds, will raise capital from the market to fund initiatives that solely advance the environment or the climate. The government will pay interest on the proceedings in exchange.

Investors from outside and at home are expected to be interested in SGrB. One theory is that overseas investors might be a little apprehensive because of currency risk.

Retail investors or mutual fund companies may be able to invest in India’s green bonds, although this is still up in the air.

Even though India has mutual funds that are predominantly invested in stocks, they are also focused on environmental, social, and governance (ESG) issues.

Foreign portfolio investors, however, are reportedly interested in our green bonds since they have a specific environmental, social, and governance (ESG) structure.

The Indian government allegedly intends to issue green bonds at a rate slightly lower than that of conventional notes, which doesn’t create a very favorable picture. However, before making a decision, we should carefully review the details.

Tax incentives are also a matter of concern. If there are tax incentives, it might cancel out the impact of receiving slightly lower returns.

But it’s not confirmed yet, so people can think of investing in these newly arrived bonds.