The long-running discussion about working two jobs has now reached the parliament. On Monday, the Centre underlined that, in accordance with the law, a worker is not permitted to take on any additional task that is in conflict with the interests of the employer. Minister of State for Labour & Employment Rameshwar Teli stated that a worker could not lawfully accept any form of labor that is against the interests of the employer in a written response to the Lok Sabha. He further stated that no study on the subject is being undertaken by the government.

Due to the conflicting opinions of numerous sector leaders, the subject of moonlighting has divided India’s highly regarded IT sector. Moonlighting is the practice of a full-time employee of a company taking on an additional or side job, typically without the knowledge of the employer, and receiving income from both sources. For the past few weeks, a number of businesses, including TCS, Wipro, and Infosys, among others, have been discussing side jobs. Since the Covid-19 pandemic, many businesses have reported that some employees have started working second jobs for a variety of reasons. According to the Industrial Occupation (Standing Orders) Act of 1946, a worker shall not at any time operate against the interests of the industrial establishment in which he is engaged and shall not hold any employment in addition to his job in the establishment that could be detrimental to his employer’s interests, Teli stated in response to MP Sumalatha Ambareesh.

Moonlighting was brought up in the lower house by MP Ambareesh, who questioned whether the government considered it a good reason to fire workers. In addition, Teli said in response: “Layoffs and employment are frequent occurrences in industrial companies. There is no concrete evidence that moonlighting is causing layoffs at this time. He continued by saying that no research on working second jobs in the nation has been done by the government.

When questioned if the government had given corporations orders not to terminate workers for moonlighting, Teli responded that the respective state governments have authority over issues involving international and Indian enterprises in the IT, social media, edtech, and similar sectors.

He continued by saying that the Industrial Disputes Act, of 1947 (ID Act), which also governs different aspects of layoffs and prerequisites to worker retrenchment, governs layoffs and retrenchments in industrial enterprises.

The Industrial Disputes Act of 1947, what is it? 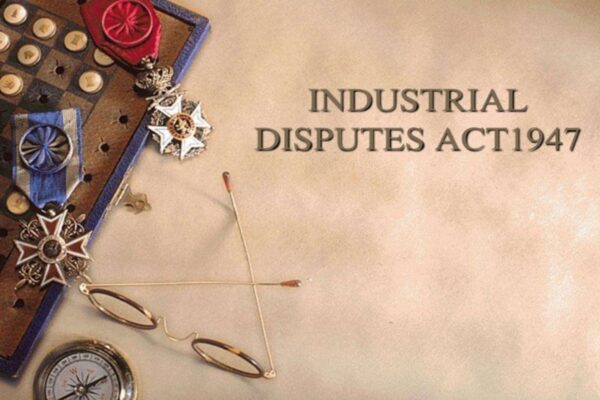 According to the ID Act, businesses with 100 or more employees must first obtain approval from the relevant authorities before closing, cutting staff, or laying off workers. The ID Act also contains provisions for the re-employment of retrenched workers and the right of those who have been laid off or retrenched to compensation.

The central and state governments take action to resolve the concerns of the workers and defend their interests in accordance with the Act’s provisions based on their respective jurisdictions as defined by the ID Act. In response, the minister stated that any layoffs and retrenchments that are not done in accordance with the ID Act’s guidelines are considered to be illegal.

The discussion of moonlighting

A few months ago, the moonlighting controversy shook the Indian corporate community. For the uninitiated, it refers to the action of taking up a job other than a full-time, permanent one without the principal employer’s knowledge. After Wipro CEO Rishad Premji denounced the behavior on Twitter and dubbed the tendency “cheating,” the term “moonlighting” gained popularity. Later, he disclosed that 300 people at Wipro had been dismissed for moonlighting.

TCS, Infosys, and HCL’s top executives all voiced their disapproval of the approach. Infosys announced that it will permit staff to moonlight, but only with permission, after claiming to have dismissed workers for doing so. However, TCS’s HR director recently stated in an interview that the company is creating a platform for staff members to engage in side jobs. Moonlighting, according to Premji, is OK so long as it does not clash with the goals of the business.

While the issue of working two jobs continues to be up for debate in the IT industry, Krishnan is just one example of how prevalent it is in the startup scene. Business Today made the decision to get in touch with the other parties to learn how they saw the situation.

‘Moonlighting,’ according to Rajiv Srivatsa, Partner and Investor at Antler India, may not be practical, especially if you are employed by a start-up in its early stages. Srivatsa thinks the tendency is being fueled by the younger generation’s lack of commitment to a certain brand. The co-founder of Urban Ladder, which Reliance bought, claimed that loyalty had “gone for a toss,” adding that his parents had been “happy doing the same bank job” all of their life.

But for the generations that followed, that has changed. “My generation would view the expansion of 3–4 jobs over a period of 6–7 years, but even two years feels like a long time to the youth of today.”

Ankit Kedia, an investor and business owner at Capital A, refers to himself as “old school” while discussing these subjects. “I believe that if I am providing a company my all and if I can motivate people with a vision, they may co-pilot with me in achieving the objectives.

He argues that it is a breach of contract if an employee who works for one edtech company joins another one. But there is nothing wrong if a graphic designer who works for an advertising agency undertakes some freelance work at night for several businesses in a different industry.

The term “moonlighting” is popular, but how will it affect or influence the nature of employment in the future? According to Srivatsa, freelancing holds the key. He predicts that soon, people will be able to work on multiple projects at once and “will have perfect control over their time.”

A few years back, Ishaan Khanna (name changed) was employed by a corporation as a content writer. He left his job and now manages a few projects as a freelancer. This shift was caused by a number of variables, he claims. The full-time job seemed like a complete waste of time to him because of the long commute, the demanding hours, and a few other issues.

Khanna claims that today, in addition to being able to choose the kind of project and the industry he wants to work in, he has “control over his time.” It all comes down to learning one or two in-demand talents and becoming an expert at them, according to him. The choice has shown to be fruitful both financially and in terms of income. He used to make Rs 10 lakh each year, but now, depending on the project he chooses, he makes anywhere between Rs 8 and Rs 20 lakh.

Companies are becoming more receptive to its idea within the startup environment as well. Back in August of this year, the unicorn of the food tech industry, Swiggy, announced that it would permit its personnel to work on other projects or pro bono under specific circumstances.

The Australian edtech start-up Prosple, which also has operations in India, is another business that is embracing the freelancing model of employment and allowing its staff the option to “moonlight.” “People prefer to work from remote locations and at their preferred work hours for a variety of reasons. Realizing that employers must alter how they determine an employee’s value and productivity is not difficult.

Contractual and freelance arrangements close the productivity and expectation gap, allowing skilled people to finally consume the poison they want for whatever length they want to. Additionally, companies are guaranteed to get the most value for their money. Business Today was informed by Vedang R. Vatsa, the country manager for Prosple (India).

Vatsa responded, “We do not have any restrictive policies that bind our employees to what they should or should not be doing outside of working hours,” when asked if they had a problem with their staff working as independent contractors.

According to Anil Joshi, partner at VC company Unicorn India Ventures, moonlighting will continue in the future because Gen Z and millennials have different thought processes. Joshi thinks that while working two jobs concurrently can be unethical, it can still be justified if a person is creating something of his own while doing a job he is unsure of.