A SpiceJet flight headed for Kozhikode that had taken off from Jeddah in Saudi Arabia on December 2 had to make an emergency landing there because of hydraulic failure. A representative for the airline told the news outlet that all 197 passengers on the flight de-boarded and were all deemed safe.

The air traffic control (ATC) told the pilots that tire fragments had been found on the runway in Jeddah after takeoff, and the flight, SG-36, was diverted to Kochi as a result, the spokesperson stated.

According to an airport official, an emergency was declared at the Kochi airport at 6:29 pm, and the aeroplane successfully landed at 7:19 pm. The pilots selected to divert the aircraft to Kochi after the alarm light came on during the flight to show low passes to make sure the landing gear lever was lowered and tied, a SpiceJet spokeswoman.

There have been multiple problems with SpiceJet flights since the beginning of the year. At the dawn of the occurrences, the airline was sent a show cause notice by the Directorate General of Civil Aviation (DGCA) on July 6 for allegedly failing to provide “safe, efficient, and reliable” flying services. 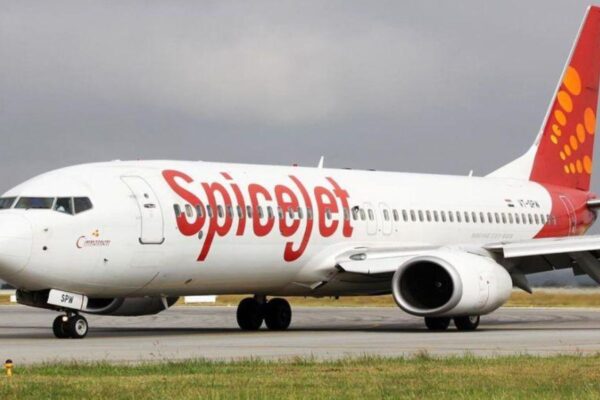 On July 27, the regulator limited SpiceJet’s flights to 50% of the departures authorized under the summer schedule. However, the airline’s cap was raised for the winter schedule, which started on October 30.

The 197 passengers and crew on the Boeing 737 were forced to make a detour to Kochi after the pilots reported in the cockpit that their strength was a hydraulics problem. Heavy-duty systems like landing gears, brakes, and cargo doors are controlled by hydraulics.

On the Malabar Coast of the Arabian Sea in the southwest Indian state of Kerala, Kochi, historically Cochin, is a prominent port city. Ernakulam, Mattancheri, Fort Cochin, Willingdon Island, Vypin Island, and Gundu Island are among the towns and islands together referred to as “Kochi” on occasion. Its name also refers to a former princely state. The urban agglomeration includes the towns of Trippunithura, Trikkakara, Eloor, Kalamassery, etc. 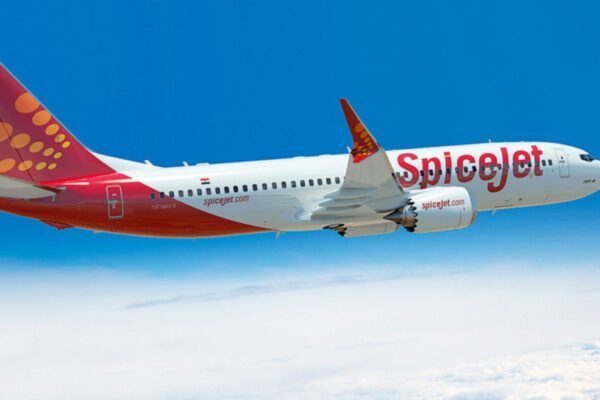 SpiceMax is the term given to the airline’s premium services, which allow customers to pay a higher fare in exchange for extra perks, including reserved seats with more legroom, meals served during the flight, priority check-in and boarding, and priority luggage handling.

SpiceJet does not offer free lunches on any of its flights anyway. On select flights, it does offer full in-flight meals. Although SpiceJet runs a frequent flyer program, there are no in-flight entertainment options available.

“A warning light came on during flying. The landing gear lever was checked to see if it was down and locked before the pilots decided to divert to Cochin [airport], according to a representative for the airline.

The spokesman told, “Following verification from ATC of landing equipment extension, the aircraft safely anchored at Cochin and passengers were deboarded generally.

Air traffic control in Jeddah informed the pilots that tire fragments had been found on the runway following takeoff, according to the airline spokeswoman. In late October, SpiceJet received authorization to resume operations without restrictions starting in November.

The airline was under investigation after a string of air safety problems during the summer. The aviation regulator was instructed to limit departures to 50% of the amount for which they received authorization.

At least nine SpiceJet planes experienced “incidents” between May 1 and July 6; they ranged from broken windscreens to broken instruments. Many of these required the aircraft to return to their point of departure or make an emergency landing in between.

SpiceJet anticipates an improvement in operations and advantages from restructuring in the December quarter: Singh, Ajay. 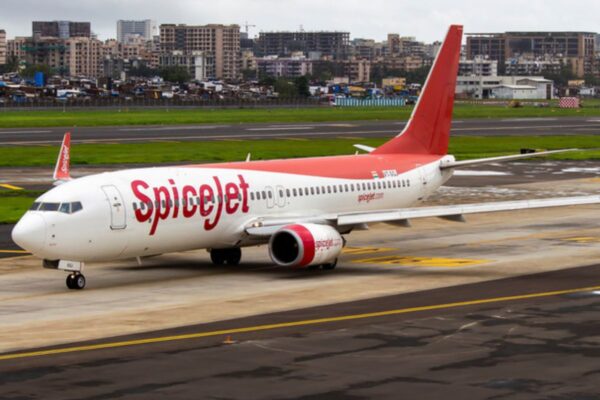 SpiceJet—which aims to raise USD 200 million—expects to witness improvements in operations and the advantages of restructuring in the current quarter of this fiscal year. Several agreements have also been made with the bulk of the important partners, including manufacturers and lessors, according to Ajay Singh, the CEO of the budget carrier, who has informed shareholders.

In the June quarter, SpiceJet’s net loss grew to Rs 789 crore as a result of rising fuel costs and a declining currency. In addition, the airline is struggling with new mechanical problems with several of its aircraft, as well as the deregistration of many of its Boeing 737 aircraft due to unpaid lessors’ dues.

Singh, the airline’s chairman and managing director, noted that the airline industry is still evolving on a worldwide scale in his message in the annual report for the fiscal year 2021–2022.

He said that “growth ambitions have been delayed and losses have increased” as a result of the declining rupee, fluctuating passenger demand, and interrupted supply chains. The shareholders of the airline have given their consent for the transfer of the airline’s logistics operations to SpiceXpress, and the separation of the logistics and cargo platforms is likely to be completed shortly.

The transfer of operations under this method will greatly improve our balance sheet and reduce our company’s negative net worth, which is thought to be Rs 25,557.7 million for our logistics business.

Bhopal Gas Tragedy after 38 years: Why the govt is demanding compensation now

Car sales high for 6 months in a row. Will this demand sustain?