If strangers are snooping on your sensitive information online, you’re not being paranoid. Especially since the U.S. government now allows your ISP to sell anonymous user data to third parties, it makes sense to want to shield your location and personal data from prying eyes and nosy corporations.

You can use a VPN to hide on the internet and end such nefarious activities. Your data passes through an encrypted tunnel to a VPN server, so anyone watching your connection sees only unintelligible data – the IP address of the VPN server instead of your own.

Why do you need a VPN for your Android device?

Your online accounts are more secure when you use a VPN, whether you’re doing business, shopping, or entertaining. Users should be able to use VPNs easily. They should be able to access geo-blocked websites and maintain a steady internet connection without dropping out. If you plan on using it on multiple devices, make sure the VPN you select can support your version of Android and the computer you are using and has some backward compatibility. You’ll be protected with a kill switch if your Internet connection drops. 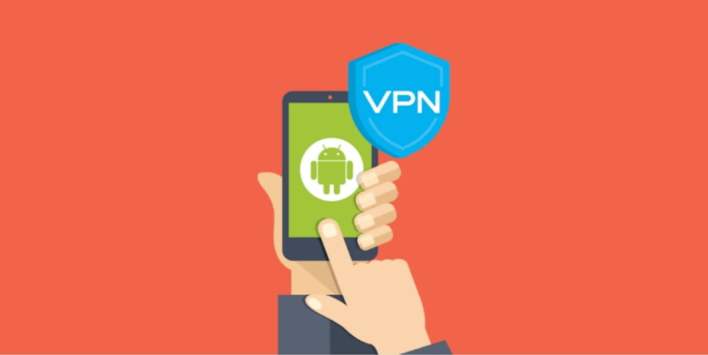 Look at the terms of service and privacy policy to see which logs and details are collected and stored. The quality and reliability of not all Android VPN apps are the same. Choose a VPN by considering the company’s business model, especially if it offers a free service. Be sure to read their privacy policies before deciding to sign up. The VPN apps we’ve reviewed are OpenVPN-compatible – the most secure open-source protocol for Android.

The fact that NordVPN is one of the best VPNs for Android is no surprise. It has been our favourite VPN for years running. Moreover, NordVPN provides excellent connection speeds, reliability, compatibility with streaming services like Netflix, and ease of use. It operates more than 5,000 servers in 60 different countries worldwide. Its Panama-based servers also maintain no-log policies and allow you to connect up to six devices simultaneously.

You can also choose which connections, devices, and apps you want to use on the VPN and which you prefer to leave on the clearnet with the virtual private network. The NordVPN service is compatible with Android devices, macOS, Linux, iOS devices, VPN routers, and select smart TVs in addition to Windows and Android platforms. When you sign up for the two-year plan, you’ll pay $4 per month, and you’re guaranteed a refund within 30 days.

When it comes to fast and effective VPNs, Surfshark is an excellent choice. If you’re interested in bouncing through a specific country, you can choose from 3,200 servers in 65 countries. It has a built-in emergency fail-safe even if the VPN connection drops, so it automatically disconnects you if you’re not too concerned about your privacy.

It also allows you to safelist specific apps or websites if you’re not too worried about being tracked by them. You can try the service for seven days for free before paying $60 upfront, $39 for six months, or $13 per month. The two-year plan is the best value. If you don’t like it, you can return it within 30 days for a full refund.

With ProtonVPN, you can access the internet privately and securely without logging your browsing history, seeing privacy-invading advertising, selling your personal information to third parties, or being restricted from downloading content. You can, therefore, rest assured that your data is secure since it is encrypted using AES-256 and 4096 RSA. It encrypts your DNS so that DNS queries cannot discover it, and it supports two secure VPN protocols – IKEv2/IPSec and OpenVPN.

Furthermore, the VPN has split-tunnel support and a kill switch to prevent disconnections. Subscribers can access 1,000 high-speed servers in 50 countries, access blocked or censored content, and stream videos through 1,000 high-speed servers in Japan, the Netherlands, or the U.S. for free. It is also possible to connect to two and five devices simultaneously on paid versions of the service, which cost $48 (Basic) and $96 (Plus).

Online privacy and security are vital features of VyprVPN. In addition to owning and running its networks, it does not share your data with anyone and only keeps a log of IP addresses, connection times, and how many bytes were used for one month. Across seven continents and 70 countries, it has over 700 servers and 200,000 IPs. You can browse freely from anywhere, thanks to its encryption of 256 bits.

Chameleon technology allows you to mask the VPN service, which is essential when streaming content out of another country or circumventing censorship. If you join an untrustworthy network, the app can be configured to connect, as an example, automatically. You can find out if the service is exemplary for you with a free, three-day trial.

With ExpressVPN, you can choose from more than 3,000 VPN servers in 160 locations and 94 countries, enjoying unlimited download and streaming speeds. With this service, you can access protected web content on Wi-Fi, LTE/4G, 3G, and any mobile data carrier. You’ll also be able to encrypt your traffic via OpenVPN, UDP, or TCP, along with 24/7 customer support. 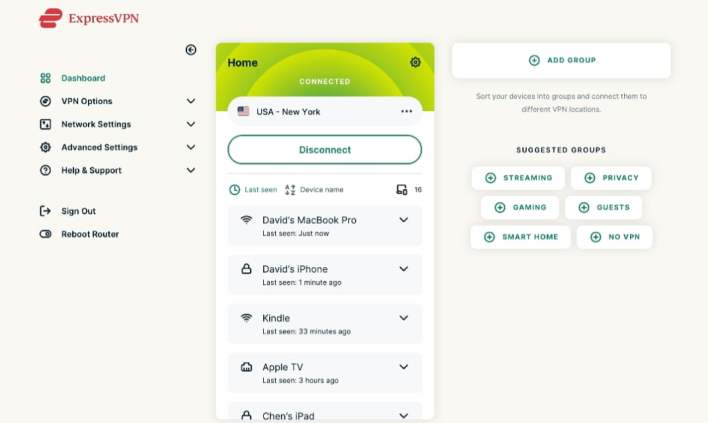 When a VPN is unable to connect, the app halts internet traffic when its kill switch network protection kicks in – for Android 8.0 Oreo and later. Additionally, the app facilitates split tunnelling, so some devices can access the internet directly while others route their traffic through the VPN. ExpressVPN offers a seven-day free trial. You then pay $13 monthly, $60 for six months, or $100 for a year.

A VPN account can be created without registering with Freedome from F-Secure since it will log no data. Using the VPN, you can encrypt your traffic and connect anonymously to any hotspot. An Android app lets you turn the service on and off by simply launching it and tapping the large button. Alternatively, you can use the kill switch to stop the service. Also a provider of antivirus software, F-Secure offers apps and services to defend against viruses, malware, and malicious websites. For a limited time, the app is free to download. For three devices, you pay $35 per year. You pay $70 per year for seven devices, and for seven, it costs $90 every two years.