By 2030, the government wants to sell 30% of private automobiles, 70% of commercial vehicles, and 80% of two- and three-wheelers as electric vehicles (EVs). However, only approximately 30% of all vehicles are anticipated to be EVs at that time.

According to a report by business consulting firm Arthur D Little, the majority of this 30% will be two- and three-wheelers because many Indian consumers would not be able to afford expensive electric cars.

The EV industry will cross-sell 10 million vehicles by 2030, with an overall adoption rate of more than 30% across various vehicle categories, according to the study, “Unlocking India’s Electric Mobility Potential.” However, by the end of the term, it’s predicted that only 10% of passenger cars (PVs) would have adopted EVs, making up a startlingly meagre 5% of all EV sales.

The study identified a number of reasons for the low uptake of passenger EVs in India, including higher upfront costs when compared to conventional vehicles, a lack of models, a lack of charging infrastructure (charging stations, battery swapping centres, chargers, and the entire supporting ecosystem), and low consumer confidence in the product, which is primarily driven by range anxiety and made worse by product safety incidents.

According to the report, the government and the business sector should cooperate in lowering the barriers to electric mobility and supporting India’s efforts to up its EV game. According to existing visibility into plans and actions, “this report reflects the best estimate (30%) for EV penetration to be attained in India by 2030,” according to author Barnik Chitran Maitra, managing partner & CEO, India & South Asia, Arthur D Little.

However, he went on to say that if India genuinely realized its full potential, a 50% adoption rate might be attained by 2030 with the sale of more than 17 million EVs. If all stakeholders work together and make a determined effort to create a strong ecosystem in India, this symbolizes the “real potential” of the Indian EV business. India is one of the greatest markets for EVs in Asia, second only to China and, shockingly, ahead of Japan, according to the report, despite the challenges.

Maitra said, “We can build on this position by taking action to assist product innovation, develop dependable charging infrastructure, provide subsidies to consumers, and provide further incentives to start-ups engaged in battery R&D, among other things. Every tenth EV sold worldwide could be made in India, turning it into a global EV powerhouse if India reaches its real EV potential of 50% electrification.”

There is now four mass-market electric vehicle (EV) models out of the 110 passenger vehicle models on the market: the Tata Nexon EV and Tigor EV, the Hyundai Kona EV, and the MG Motor ZS EV.

The report pointed out that India has to improve its battery technology.

India will need about 800 GWh of batteries by 2030 to reach an EV adoption rate of more than 30%. It added that India is speeding up preparations to produce lithium-ion cells domestically to fulfil this increased demand, predicting $2.3 billion in government subsidies and more than $7.5 billion in investment possibilities. Given the FDI intake of over $6 billion in 2021, India’s electric vehicle industry might draw an additional $20 billion in foreign investments by 2030 to support the nation’s economic growth and assist in achieving the necessary size in this industry.

Private equity (PE) and venture capitalists’ confidence in India’s EV industry has recently increased thanks to government support and investments made by auto incumbents in the EV ecosystem. 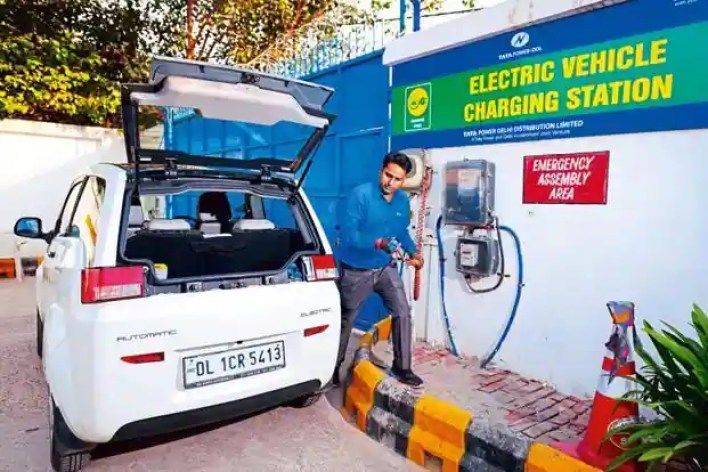 With a projected growth to third place by 2030, India currently has the fifth-largest vehicle sector in the world. The Indian EV market is anticipated to grow at a CAGR of 36%, according to the India Energy Storage Alliance (IESA). Because India imports close to 80% of its crude oil needs, dependency on conventional energy sources is not a viable choice as population growth and vehicle demand increase.

By 2030, NITI Aayog wants to see EV market penetration of 70% for all commercial vehicles, 30% for private vehicles, 40% for buses, and 80% for two- and three-wheelers. The objective of achieving net-zero carbon emissions by 2070 is consistent with this. According to the Ministry of Heavy Industries, 0.52 million EVs have been registered in India over the last three years. Due to the government’s adoption of beneficial policies and programmes, EVs had strong growth in 2021.

With 66,704 units sold across all categories in 2021, Uttar Pradesh led all Indian states in EV sales, followed by Karnataka with 33,302 units and Tamil Nadu with 30,036 units. While Karnataka and Maharashtra lead the two-wheeler and four-wheeler segments, respectively, Uttar Pradesh dominated the three-wheeler market.

Some latest news about EV 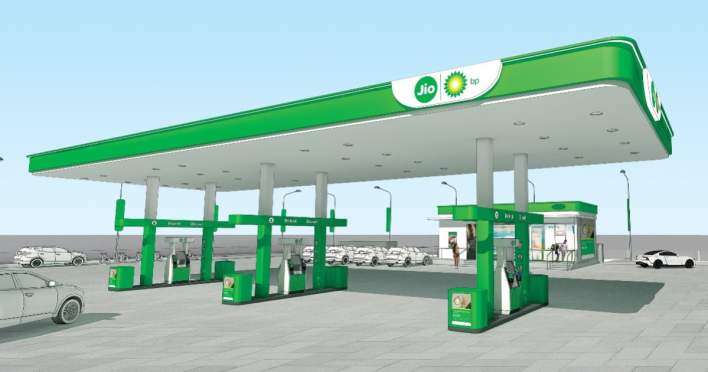 1. Zomato and Jio-bp tie-up for EV

In order to promote Zomato’s dedication to “The Climate Group’s EV100 objective of 100% EV fleet by 2030,” Zomato and Jio-bp have agreed. According to TechRadar’s research, the partnership is positioned to hasten electric vehicle adoption in India’s fast-expanding delivery and transportation industries.

Battery swapping has become an attractive solution for two and three-wheelers, especially those competing in the last-mile delivery category, according to Jio-bp. High-performance batteries produce improved on-road range and swapping only takes a few minutes.

According to the business, “Battery swapping is anticipated to be the main driver in the electrification of the last mile delivery and passenger segments.

According to sources, Jio-bp built and opened the two biggest EV charging facilities in India last year. According to sources, the corporation has been collaborating with building companies and electric vehicle manufacturers to improve the ecosystem surrounding battery charging. Customers may locate nearby charging stations and charge their EVs using the company’s pulse mobile app. 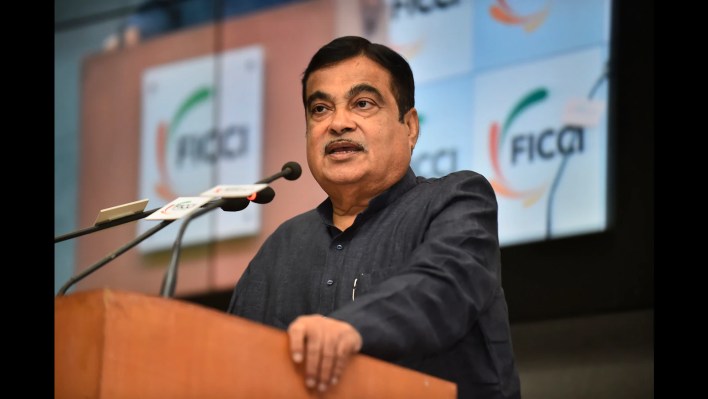 2. EV prices to be on par with petrol vehicles soon: Nitin Gadkari

According to Nitin Gadkari, Minister of Road Transport and Highways, the cost of electric vehicles (EVs) will be comparable to that of gasoline vehicles in the nation within a year.

Gadkari added that the government is promoting the use of ethanol made from crop waste instead of gasoline and diesel.

Within a year, the price of electric vehicles will be equal to the price of gasoline vehicles nationwide, saving us money currently spent on fossil fuels. “Speaking at the “TV9 What India Thinks Today Global Summit,” he stated.

Currently, the high cost of batteries, which, depending on the kind, can range from 35% to 40% of the cost of a car, makes EVs expensive.

An entry-level electric vehicle could cost about twice as much as a comparable conventional engine equivalent at this time in the passenger car category. The cost of electric versions is roughly 1.5 times that of petrol-powered vehicles in the two-wheeler category as well.

The minister added that the government is already heavily supporting renewable fuels. According to Gadkari, waterways are a more affordable form of transportation than highways, and they will become much more popular. 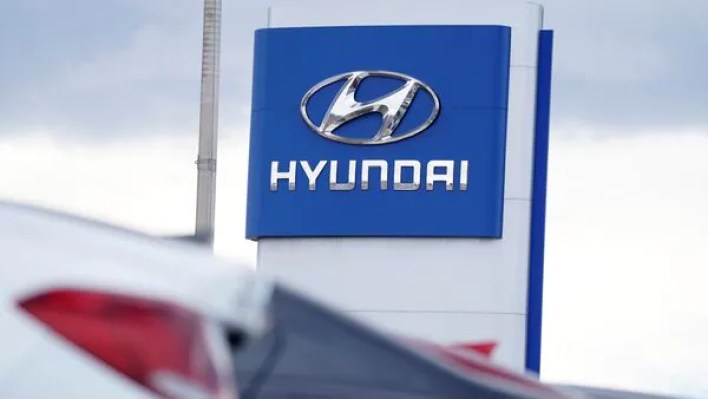 Hyundai Motor, a South Korean automaker, is on track to create a tiny electric vehicle for the Indian market. An executive stated that there are also plans to begin rolling out more premium models in the nation this year.

According to Tarun Garg, Director sales, marketing, and service, Hyundai India, the company has been actively striving to address the charging infrastructure concerns while enhancing the sales network and production in the nation.

Garg stated, “We have to look at as much localization as possible,” meaning that it will aid in reducing the manufacturing costs, allowing the business to keep the automobile at an accessible price.

Garg noted that the timing must be correct “so we can offer it at the right price,” but he did not mention when the OEM plans to introduce its small electric vehicle (EV) in India.

He continued, “The ecology ought to be prepared, and we ought to have adequate charging.”

In India, Hyundai intends to increase its selection of EVs. Given the continued strong growth of electric vehicles on Indian roads in recent quarters, the automaker has already made plans to release six battery electric vehicles (BEVs) by 2028.

India may benefit greatly from the compact, inexpensive electric car to reach its goal of 30% EV sales penetration for private vehicles by 2030.

According to Garg, Hyundai will release premium vehicles beginning with its Ioniq 5 electric crossover this year and will gradually move down the pricing ladder until its little electric vehicle hits the roads.

“We used a bottom-up strategy when discussing cars with IC engines. He said we are attempting a top-down strategy in the electric sector, adding that the development of the nation’s EV ecosystem depends on the success of the nation’s electric vehicle charging infrastructure.

Here Are The Top Android VPNs For 2022: NordVPN, ProtonVPN, VyprVPN, And More