What’s going on in Sri Lanka? How did the economic crisis begin?

Sri Lanka is in the middle of one of the greatest economic crises it has ever experienced. It has just defaulted on its foreign loans for the first time since independence. The country’s 22 million inhabitants are experiencing debilitating 12-hour power outages and severe shortages of food, fuel, and other necessities like medications.

President Gotabaya Rajpaksha announced a state of emergency on April 1. After widespread protests by outraged residents over the government’s handling of the problem, he withdrew it in less than a week.

Many essential products, such as gasoline, food, and pharmaceuticals, are imported into the nation. Most governments typically maintain foreign currencies on hand in order to trade for these commodities, but Sri Lanka’s sky-high costs are being blamed on a foreign cash shortage.

Why is China being blamed by some? 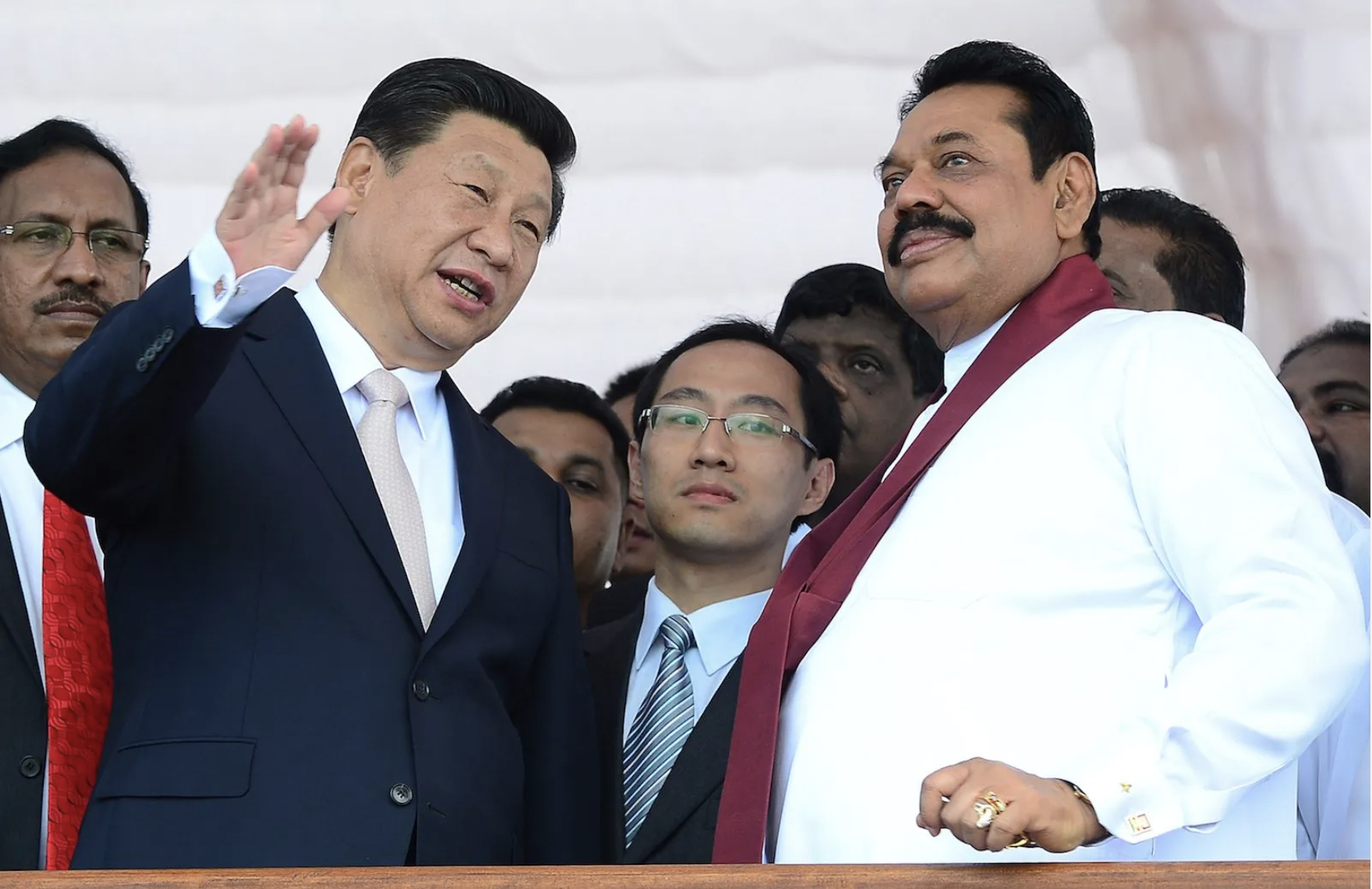 Many people feel that the issue is mainly caused by Sri Lanka’s commercial links with China. The United States has coined the term “debt-trap diplomacy” to describe this occurrence. When a creditor country or institution advances debt to a borrowing nation in order to boost the lender’s political influence, the borrower is at the mercy of the creditor if they cannot repay the debt.

In 2020, however, Chinese loans represented just around 10% of Sri Lanka’s total foreign debt. International government bonds account for the majority of the money – roughly 30%. Japan is responsible for a more significant amount of the country’s foreign debt, at 11%.

Defaults on Chinese infrastructure loans to Sri Lanka, particularly the funding of the Hambantota port, have been mentioned as contributing contributors to the crisis.

These facts, however, do not add up. The Chinese Exim Bank supported the building of the Hambantota port. The port was losing money. Therefore Sri Lanka leased it to the Chinese Merchant’s Group for 99 years at the cost of $1.12 billion. So, rather than causing a balance of payments crisis (when more money or exports go out than come in), the Hambantota port disaster boosted Sri Lanka’s foreign exchange reserves by $1.12 billion.

So, what are the underlying causes of the crisis? 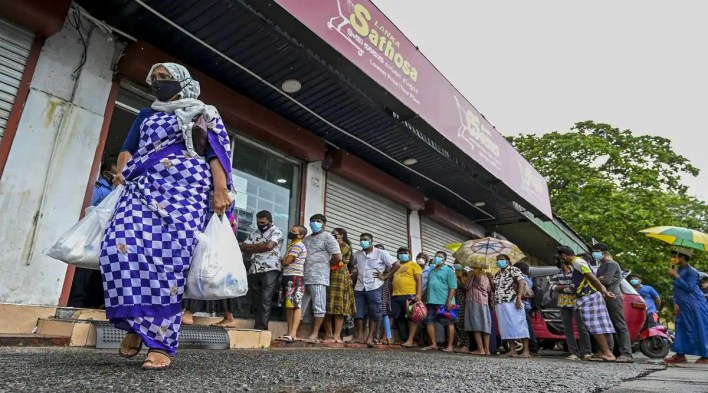 Sri Lanka’s agriculture was dominated by export-oriented products such as tea, coffee, rubber, and spices after the country gained independence from the British in 1948. The foreign exchange obtained from exporting these crops accounted for a considerable portion of the country’s gross domestic product.

The monies were used to import necessary food items. With time, the country began to export garments and earn foreign currency via tourists and remittances (money sent into Sri Lanka from abroad, perhaps by family members). Any decrease in exports would be a shock to the economy and put a strain on the country’s foreign exchange reserves.

As a result, Sri Lanka regularly had balance-of-payments problems. It received 16 loans from the International Monetary Fund starting in 1965. (IMF). Each of these loans came with restrictions, such as reducing the budget deficit, maintaining a restrictive monetary policy, reducing government food subsidies for the people of Sri Lanka, and depreciating the currency after it was received (so exports would become more viable).

However, in times of economic crisis, sound fiscal policy mandates that governments spend more to stimulate the economy. With the IMF’s criteria, this becomes impossible. Despite this, IMF loans continued to flow, and a struggling economy absorbed more and more debt.

Sri Lanka received its most recent IMF loan in 2016. From 2016 to 2019, the nation got $1.5 billion over three years. The circumstances were similar, and the economy’s health had taken a plunge at this time. Growth, investments, savings, and income all declined, but debt increased.

With two economic shocks in 2019, a poor position became even worse. In April 2019, there were a series of bombings in churches and high-end hotels in Colombo. The explosions caused a sharp reduction in visitor arrivals – up to 80%, according to some sources – and depleted foreign exchange reserves. Second, President Gotabaya Rajapaksa’s new government lowered taxes arbitrarily.

Rates of value-added tax (similar to goods and services taxes in several countries) were reduced from 15% to 8%. Other indirect taxes were eliminated, including the nation-building tax, the pay-as-you-earn tax, and economical service charges. The corporate tax rate has been lowered from 28% to 24%. These tax cuts resulted in a revenue loss of around 2% of the gross domestic product.

The Covid-19 pandemic hit in March 2020. The Rajapaksa regime committed yet another grave error in April 2021. All fertilizer imports were prohibited to prevent the depletion of foreign exchange reserves. Sri Lanka has been designated as a 100% organic farming country.

This program, which ended in November 2021, resulted in a sharp drop in agricultural productivity, necessitating the use of additional imports. However, foreign exchange reserves remained strained. Tea and rubber productivity fell as a result of the fertilizer prohibition, resulting in fewer export earnings. As a result of decreasing export earnings, there was less money available to import food, resulting in food shortages.

Prices for food and other things rise as there is less to purchase but no fall in demand. Inflation reached 17.5 per cent in February 2022.

What is going to happen now? 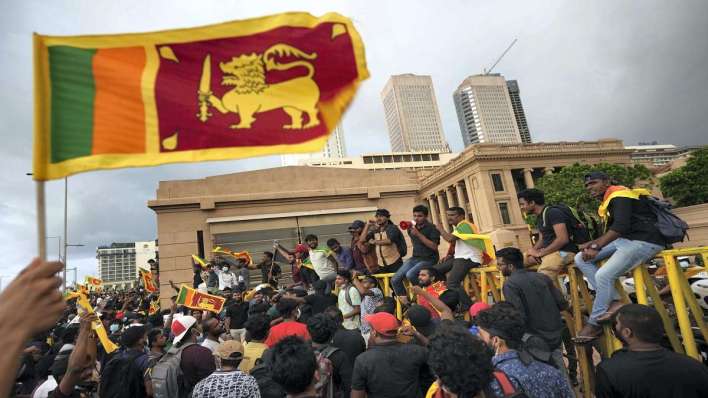 Sri Lanka is likely to get a 17th IMF loan to help it get through the current crisis, which would come with new terms.

A deflationary fiscal strategy will be pursued, further limiting the possibilities for economic recovery and exacerbating the plight of the poor.

Commodity futures and importance of liquidity in commodities, 5 Reasons Commodities Are More Volatile than other assets