During the epidemic, India’s once-thriving public vaccine makers were missing. This was not due to a lack of ability, and the issue has been the government’s active negligence.

With vaccine shortages and urgent attempts to raise production during the second pandemic wave, India felt the lack of state-run vaccine makers acutely. To deliver Covid-19 vaccinations, a country with a long history of public-sector vaccine production had to rely on two private companies.

Despite the private sector’s efforts to improve vaccine availability, the pandemic has highlighted the necessity for a robust public sector to reduce the risk of private investments, manufacturing, and price. It’s possible that Covid-19 isn’t the last pandemic.

It’s possible that Covid-19 isn’t the last pandemic. It is crucial to provide continuous supplies of vaccinations at cheap rates in circumstances where mass immunisation is necessary.

Private companies are the exclusive or leading providers of all vaccines made in India, except anti-rabies vaccinations.

India’s public sector units produced enough essential vaccinations to make the country self-sufficient in the mid-1980s when the government had just inaugurated its Universal Immunization Program (Madhavi 2005; Lahariya 2014). On the other hand, the governmental industry has faded into obscurity in recent decades, while private vaccine producers in India have made remarkable development. The private sector has far more installed capacity than the government.

Private enterprises are the exclusive or leading providers of all vaccines made in India, except for anti-rabies vaccinations (Central Bureau of Health Intelligence 2020). State-run vaccine producers are either closed or in financial problems, with only the Human Biological Institute still active in the vaccine industry.

The demise of government-run vaccine manufacturing is due to underinvestment and negligence of the government, not to any inherent flaws or lack of skill provided. India’s state-run vaccine producers and research organisations have amassed a unique technical understanding among developing countries over the years. If the government had built on this foundation, it could have upgraded technology. The public sector might have remained dominant if the government had expanded on this foundation to modernise technology and diversify into new vaccinations. This, however, did not occur.

Taking advantage of the public sector Twenty-one companies in India are approved to produce human vaccines. There are 14 in the business sector and seven in the government. Haffkine Institute in Mumbai (founded in 1899), Central Research Institute (CRI) in Kasauli (1905), Pasteur Institute of India (PII) in Coonoor (1907), and the BCG Vaccine Laboratory (BCGVL) in Chennai are among the government institutions (1948).

These facilities lay the groundwork for domestic vaccine production. CRI began with snakebite and typhoid vaccinations and progressed to rabies, Japanese encephalitis, and yellow fever vaccines. BCGVL made various changes to the BCG vaccine, including adding a freeze-dried version and expanding its usage in cancer therapy. Similarly, PII’s work on the anti-rabies vaccine reduced the cost and convenience of treatment. PII expanded into the DTP vaccine area and was the first to develop the Trivalent (Sabin) oral polio vaccine (PII 2020, 17).

In the commercial sector, Biological E was the first to begin producing vaccines in India in 1962. The Serum Institute of India (SSI) was founded in 1966, followed by Panacea Biotec in 1984 and Bharat Biotech in 1996. Aside from them, the local subsidiaries of global corporations GSK and Sanofi import and repackage vaccinations for sale (Ghosh 2019, 7-8).

The government’s acquisition of vaccines for India’s vaccination programme provided the first market for the private sector. The BCG, OPV, DPT, and typhoid-paratyphoid vaccinations were introduced in 1978, and the programme was gradually expanded. It now offers free vaccinations against 12 illnesses. 60-61) (MoHFW 2021).

The private sector benefited from state-run organisations’ experience as well. Government laboratories produced or co-developed technologies to manufacture various vaccines sold by commercial companies. Recently, Bharat Biotech collaborated with the Indian Council of Medical Research (ICMR) and the National Institute of Virology in Pune to create Covaxin (NIV). Shantha Biotechnics developed the country’s first r-DNA Hepatitis B vaccine in collaboration with the Centre for Cellular and Molecular Biology (CCMB).

The government’s acquisition of vaccines for India’s vaccination programme provided the first market for the private sector. The BCG, OPV, DPT, and typhoid-paratyphoid vaccinations were introduced in 1978, and the programme was gradually expanded. It now offers free vaccinations against 12 illnesses. 60-61) (MoHFW 2021).

The private sector benefited from state-run organisations’ experience as well. Government laboratories produced or co-developed technologies to manufacture various vaccines sold by commercial companies. Recently, Bharat Biotech collaborated with the Indian Council of Medical Research (ICMR) and the National Institute of Virology in Pune to create Covaxin (NIV). Shantha Biotechnics developed the country’s first r-DNA Hepatitis B vaccine in collaboration with the Centre for Cellular and Molecular Biology (CCMB).

When SII joined the vaccination business, it hired technical personnel from the Haffkine Institute.

For example, the Poonawallas, SII’s founders, had no prior expertise in vaccine production. They were in the racehorse breeding industry and owned the country’s largest stud farm. They used to provide their retired horses to the Haffkine Institute, which needed horse blood to make serum and vaccinations. SII hired technical employees from Haffkine Institute when it joined the vaccination area. (Three Haffkine alums currently serve on the SII board of directors.) GVJA Harshavardhan, a senior technical functionary of Bharat Biotech, formerly worked for three decades at the Pasteur Institute on vaccine research and manufacture.

See also  Taali-Thaali, Torch-Diya-Baati, Next What? The Nation Wants To Know 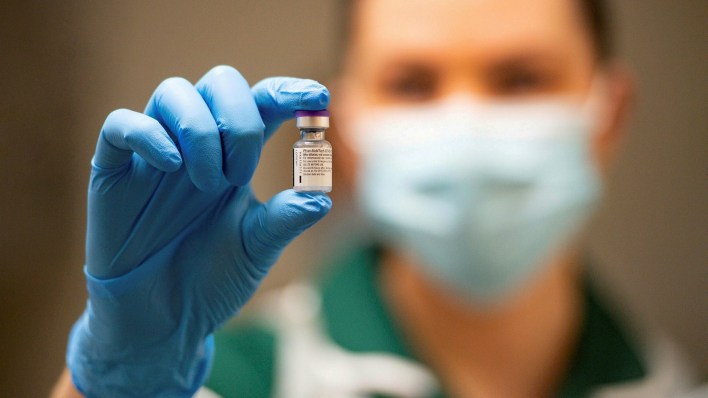 Public sector entities were the primary source of vaccine supply for the vaccination programme until the mid-2000s. (Annexure G, David Chowdhury Committee, 2010). Nonetheless, the government suspended CRI, PII, and BCGVL’s licences in 2008 because they did not meet Good Manufacturing Practice (GMP) requirements, a set of controls and processes that assure product efficacy and safety.

India’s GMP standards were developed in 2001, and vaccination units were expected to apply them by 2005. The team that evaluated the government facilities for GMP compliance did not propose that production be halted, but remedial action is taken (Javid Chowdhury Committee 2010).

Despite this, the government swiftly suspended the licences and showed little haste in bringing them into compliance with GMPs, implying that it did not view the public sector as strategic.

The government was well aware that public-sector entities did not follow GMP guidelines. Despite this, as two Parliamentary Standing Committees have noted, very little money has been set up for upgrades.

The suspension of the licences resulted at the end of public-sector manufacturing. Several states reported vaccination shortages, which had to be supplemented by private-sector purchases (Javid Chowdhury Committee 2010, para 5.3). Vaccine costs doubled in 2008-09 and 2009-10, resulting in huge cost increases (Parliamentary Standing Committee 2009b, pp. 9-10).

The government was aware that the public sector entities did not follow GMP even while developing the standards. Despite this, as two Parliamentary Standing Committees (2009a and 2009b) pointed out, very little money was committed to improving the units. Even trivial tasks required government permission for the three public sector divisions under the health ministry.

Scientists and technical personnel lacked the required independence to make judgments on technological upgrades and compliance and funds.
As a result, the growth of these entities was determined by what the ministry did or did not do. A casual attitude was evident in the limited attempts that were made. CRI hired a private contractor to execute improvements.

When the production licences were stopped, the government’s first goal was to turn the units into testing laboratories or teaching facilities rather than restart manufacturing (Parliamentary Standing Committee 2009a, 11). However, in 2010, the government chose to reopen the shuttered plants and make them GMP compliant in response to public pressure and legislative condemnation.

The pace of improvement was excruciatingly sluggish, and it took a decade for the units to be manufactured again.

In 2008, the government announced the construction of a new integrated vaccination complex in Chengalpattu, Tamil Nadu, to compensate for the loss of output at the shuttered factories. However, funding for the project was only authorised in 2012.

Even after the plant’s construction was finished in 2016, the government did not make the necessary investments to make it operational. Instead, the government opted to sell all of its stake in the project in 2017. (MoHWF 2021, 313).

Relying primarily on the private sector is a short-sighted policy. A robust public sector is essential for decreasing supply uncertainty and price management.

The government’s apathy to public sector units, which led to their demise, coincided with the development of the private sector. As UNICEF and GAVI extended their efforts to immunise children worldwide, India’s commercial vaccine manufacturers made investments to meet the rising demand for vaccinations.

To prequalify for bids to serve those organisations, they set up factories and created production procedures that met WHO criteria. Between 1993 and 2021, 111 medicines were prequalified, representing various dosages of 28 distinct kinds of vaccines developed in India. Except for three, the private sector created all of the goods. (For oral polio vaccinations, the Hafkine Institute is the only public-sector organisation that has received prequalification.)

The public sector has lacked the strategic desire to expand and diversify that can be seen in the private sector. The present administration has aided private companies like SII and Bharat Biotech (Mani 2021, Annexure 3) but has refused to invest in reviving large-scale public sector manufacturing. 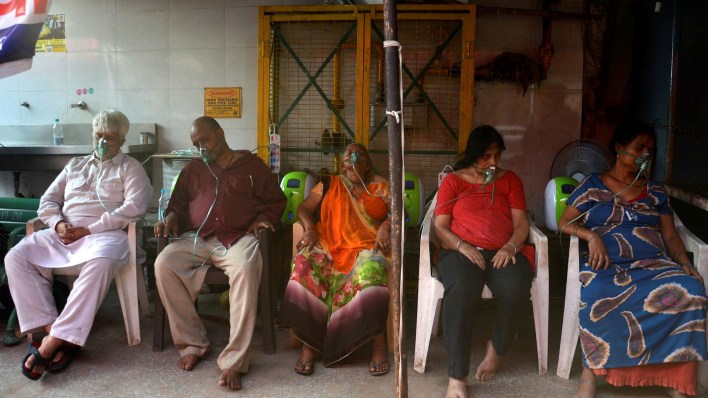 With significant involvement in the vaccine industry, the government will be able to affect supply directly and address public health demands. The government must be actively involved in managing public sector organisations and the facilitation of growth. It is conceivable to revitalise and make the public sector a prominent role with sufficient investment and a reorientation of government policies and attitudes.

HDFC vs Bajaj Finance: Which Finance Stock Is Better?

Boston Marathon 2022: Everything you Need to Know About