Opposition MPs on Tuesday raised issues related to the ongoing nationwide strike called by certain trade unions, and urged the central government to look into their demands and take remedial steps.

During the Zero Hour, Chairman M Venkaiah Naidu did not accept the notices by some opposition members to discuss the 12-point charter of trade unions, who have called for the two-day nationwide strike. 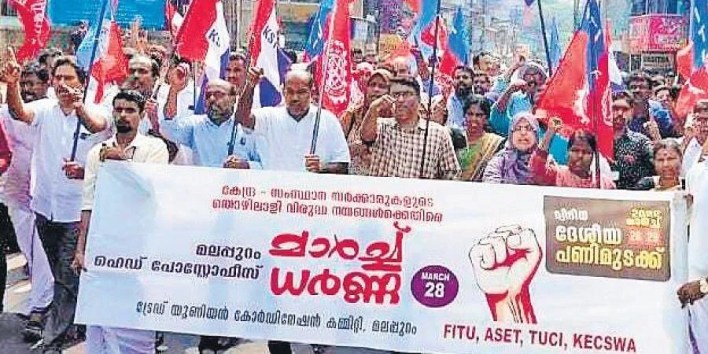 Several members had also given notice to take up the issues of price rise in essential commodities, but the Chairman did not accept them either, and asked the MPs to raise the matter during discussion on the Finance Bill.

However, Naidu permitted three members to briefly mention the matter related to the nationwide strike.

Naidu also said the issues related to strike could be raised later when the House takes up the discussion on the working of the Ministry of Labour and Employment.

Referring to the strike, John Brittas (CPI-M) said lives and livelihood of people are in “great turmoil” and the government should take remedial measures to mitigate their woes. 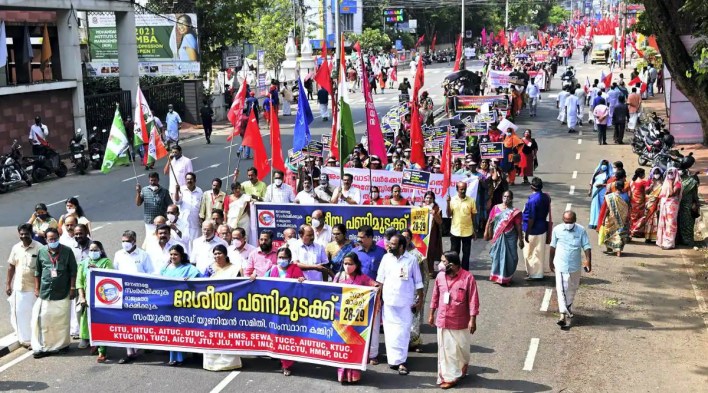 Binoy Viswam of the CPI said the House has the responsibility to take note of the strike of the working class.

He said when the working class is on strike, the House has a duty or responsibility to discuss the matter. The government, even if it is late, should find time to discuss the issue.

Joining the issue, Shaktisinh Gohil of the Congress demanded that the government should take note of demands of the trade unions, and talk with them with a “positive approach” to find a solution.

He said the unions are on strike against the government’s policies related to labour laws and privatisation of public sector enterprises. There is also demand for increase in wages under the MNREGA, he added.

Another Congress member Jairam Ramesh pointed out that the discussion on the working of the Ministry of Labour and Employment was listed on Monday, but it has been “knocked off” from Tuesday’s list of business.

To this, the Chairman said members will get an opportunity to discuss labour issues.

The Appropriation Bill, 2022 and Finance Bill, 2022 are under discussion and let these be completed, and then “we will suggest to the government” to take up discussion on labour issues, he said.

Earlier, Naidu said an “impression is being created that we are not allowing discussion”.

He said there are instruments, rules and regulations, procedures, for taking up issues. 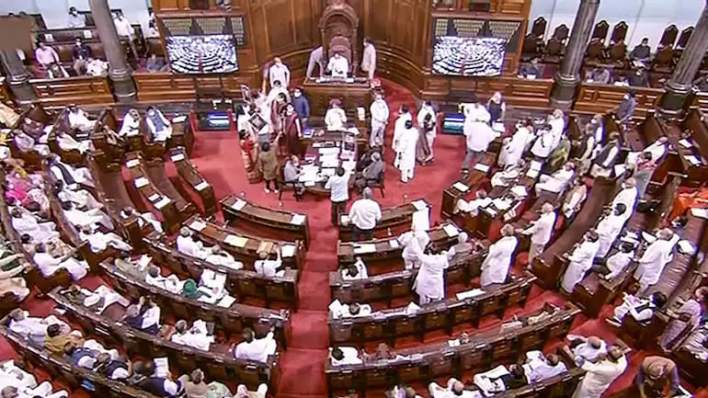 “There are issues that are already coming up in discussion,” Naidu said, and cited the example of many members raising the issue of price rise of diesel and petrol during the ongoing discussion on the Finance Bill