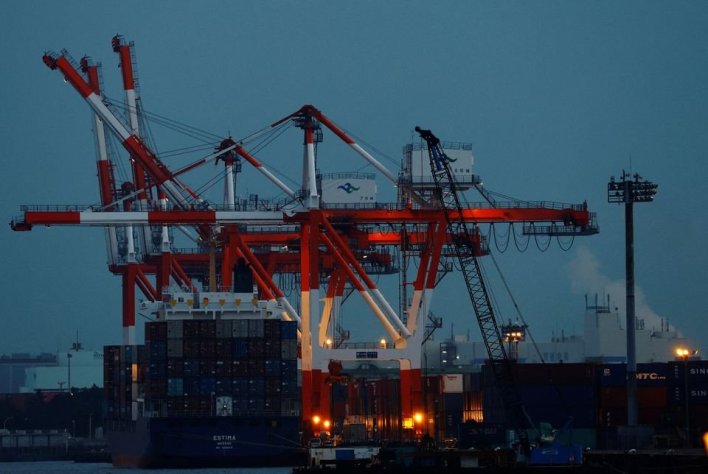 The Finance Ministry said exports edged up 9.6 per cent in January from the same month the previous year. Imports jumped 39.6 per cent, resulting in the sixth straight month of trade deficits, it said.

The amount is the biggest since January 2014, when the trade deficit totaled nearly 2.8 trillion yen. Koya Miyamae, a senior economist at SMBC Nikko Securities, said the trade deficit tends to rise in January because of the New Year’s holidays, which pushes exports down.

But even taking that into consideration, the deficit is huge, he said.

Japan imports almost all its oil and gas. Prices have soared to multi-year highs recently, adding to global concerns about inflation. Tensions in Ukraine amid worries about a Russian invasion have pushed prices still higher.

Meanwhile, Japan’s currency, the yen, has weakened against the U.S. dollar as the Federal Reserve prepares to raise interest rates to counter inflation. Higher rates tend to push the dollar higher against other currencies because they create more demand for dollar-denominated investments.

Exports have not risen as quickly as imports as manufacturing of electronics and autos has been slowed by shortages of computer chips resulting from pandemic-related disruptions in some countries.

US hopes India will support America if Russia attacks Ukraine