Everything you need to know about Air Shower Controller

In biological clean rooms and clean workshops, an air shower is an excellent supportive piece of equipment to have. They are widely used in a variety of industries, including microelectronics, hospitals, pharmaceuticals, biochemical, food safety, fine chemical engineering, fine mechanics, productive facilities, scientific and research institutes, and aviation and aerospace, to blow off the surface dust of humans and their belongings, as well as in manufacturing facilities. Meanwhile, air showers serve as an air brake, preventing unpurified air from entering a clean environment through the opening. Essentially, it is a highly effective piece of equipment for human cleansing and anti-air pollution in a clean environment.

In order to decrease the quantity of particle contaminants entering the clean room and achieve workplace high clean purification standards, an air shower is a required route for anybody entering the clean room. During the course of their movement through the air shower, particle pollutants are blown away by the clean, high-speed air. As a result, the dust cannot be transported into a clean area.

The following are the characteristics of an air shower: 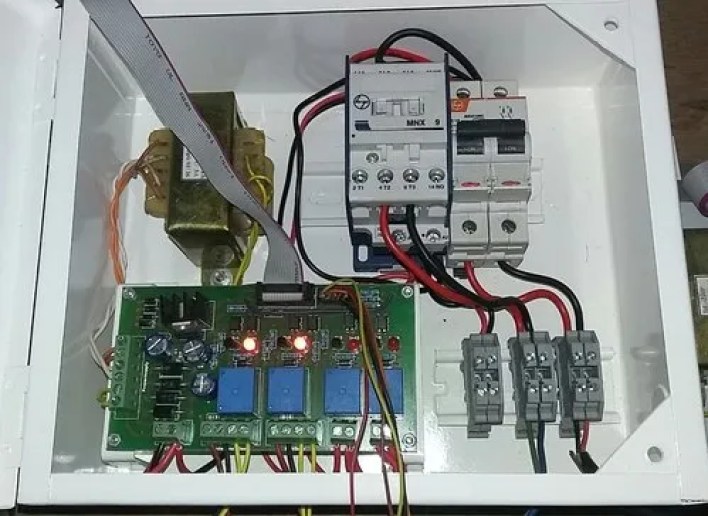 The following are the characteristics of an air shower controller: 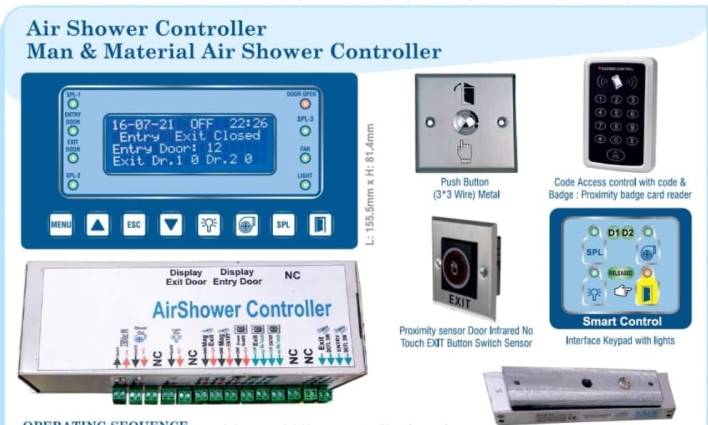 What is the operation of a cleanroom air shower?

A cleanroom air shower is a self-contained chamber that operates at a high velocity while maintaining low pressure. When a person enters the chamber, the air shower is activated by the high-velocity airflow fan that is turned on. The airlock is the name given to the chamber since it has two locking doors. This entire system is referred to as an air shower in order to make it easier to comprehend.

It is not possible to open the two doors of an air shower at the same time. As soon as a person enters the room, the doors are locked, and high-velocity steams (in the “flapping way”) of HEPA-filtered air are blown upon them. Particulates that remain on the individual are “scrubbed” off and sent to the low-pressure side of the chamber. After a total of 8 to 12 seconds of this procedure, the second door unlocks, allowing access to the cleanroom to be gained.

Through a rigorous and effective process, it is ensured that the individual entering the controlled environment is free of contaminants.

What Is the Purpose of a Cleanroom Air Shower?

In addition to following regulatory rules and wearing protective equipment, laboratory air showers provide an additional layer of protection against hazardous particulate matter. One instance of a dangerous contamination might cause an entire batch of items to be ruined in the industries where they are employed. Resources, time, energy, and eventually money are squandered as a result of this practice. 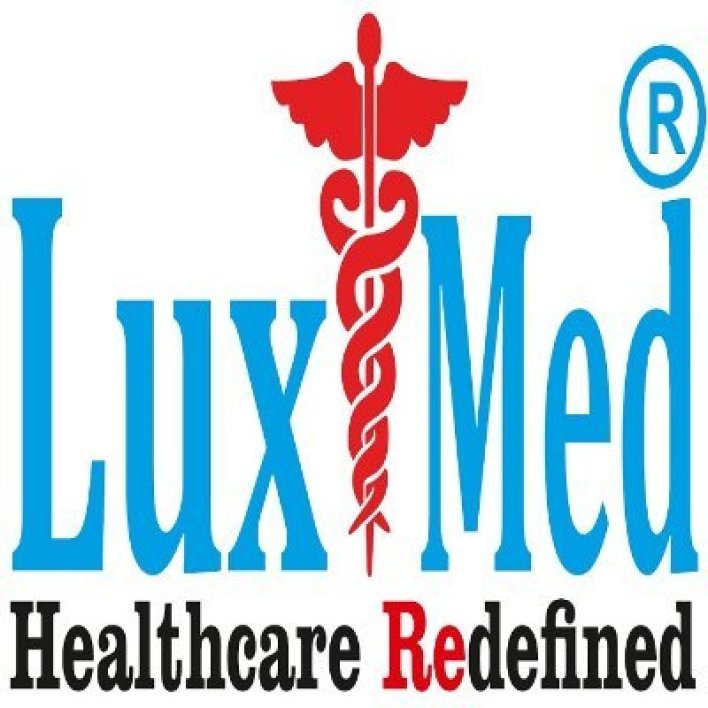 The majority of people who operate in regulated conditions are extremely cautious about contaminating their work environment. Although air showers provide protection in the event that individuals do not exercise sufficient caution (as required), they are not completely effective.

Cleanroom air showers are crucial in the following industries: manufacturing, automotive, and aerospace.

A common misconception is that an air shower accounts for a significant portion of the overall cleanroom installation cost. However, this is not the case. As previously said, when the quality of a batch of product remains unaffected by contamination, it can save you hundreds of dollars in costs.

In addition to saving money, cleanroom air showers reduce the need for maintenance because the amount of particle buildup diminishes over time with use. As a result, they increase the efficiency of the cleanroom. Additionally, less strain is placed on the HEPA filters, allowing them to operate more efficiently and for a longer period of time.

Everything you need to know about Door Interlock System